One doesn’t have to be from Maine to become smitten with its maritime history. Ed Coffin’s collection of more than 2,500 photographs, compiled over a period of more than 60 years, is a testament to that.

Coffin donated his photographic archive to the Penobscot Marine Museum in 2013 and it was digitized and cataloged over the past four years. Sadly, Coffin passed away last May, but his efforts to preserve and share Maine’s Midcoast maritime history will be a perpetual asset.

There are many themes to explore in the Coffin collection, but two that stand out as crowd pleasers are ship launches and ship wrecks. The “birth” and “death” of ships have long held the public’s fascination.

Ship launches have been observed for hundreds of years as events of public celebration, marked by solemn blessings, champagne bottles broken over bows, and a general air of festivity and hope. Most of Maine’s Midcoast towns have been involved in building boats, ships and schooners. Watching the culmination of a year or more of construction and investment has been a spectacle not to be missed.

On the flipside, the wreck of a ship evokes entirely different feelings, but the pull to see the tragic scene and to learn the grim story can be just as strong.

This collection of images from the late 19thand early 20thcenturies show more than the individual stories of ships launched and wrecked. Placed in the framework of life during the Age of Sail, these photographs highlight a fundamental fact of our lot as human beings. They show how our capacity for invention has given rise to transformative technologies such as sailing ships and demonstrate how these technologies eventually see their end. As with anything born or made, however much they inspire admiration and awe, they become artifacts. It is our instinct to remember them.

Ed Coffin was born and raised on Nantucket Island and the sea and coastal life were in his blood. At age 18, he went to sea and worked aboard 21 vessels during the dangerous days of World War II. Three of his vessels were torpedoed and sunk in the trip that immediately followed his being aboard.

After some time in New York and Georgia, the pull of the sea brought Coffin and his wife Barbara to Owls Head in 1949. He worked as a surveyor which led him to learn the geography and people of the area. His interest in history led him to write several books which he self-published, including a history of Owls Head.

Kevin Johnson, photo archivist at the Penobscot Marine Museum, and Jon Johansen, publisher of the Maine Coastal News, will present a slide show of photographs from the Ed Coffin Collection at the Camden Public Library, Tuesday, April 2, at 7 p.m. The show will remain at the library for the month. 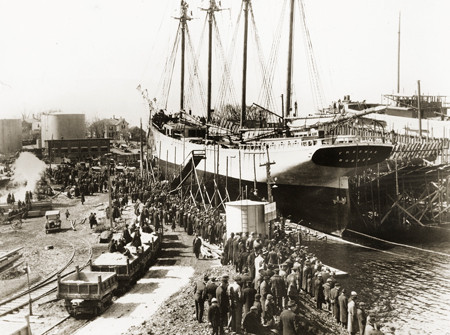 The “birth” of a ship, from the Ed Coffin collection. 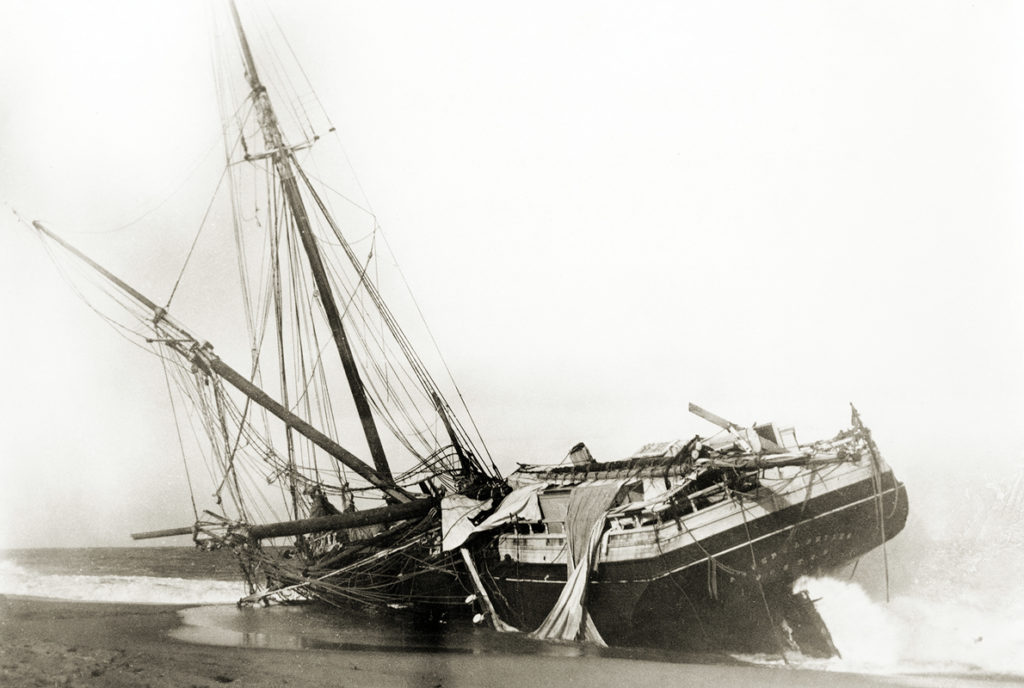