Picture in your mind a cargo ship and an aircraft carrier, one 900-feet and the other 1,200-feet-long and both 20 stories tall, traveling through the ocean only 100 yards away from each other.

Water shoots between them, causing suction and push forces that make the two vessels want to steer into each other with disastrous consequences. Both ships carry dangerous jet fuel and explosive bombs and missiles on board. The mates on the bridges must direct the ships to steer exactly the right direction to prevent a collision.

Now the crews on deck do something that is even more dangerous for two giant ships: they shoot wires and cables across to join the two ships together. Next, a great hose is carried across on these wires and plugged into a fuel receptacle on the aircraft carrier. Then jet fuel is pumped from the cargo ship to the carrier to provide for the thirsty fighter jets that have a mission to complete somewhere in the world.

The two ships stay connected for eight hours, all the while with the mates on the bridges steering the ships exactly the way they need to go.

This is the work of an officer in the merchant marine.

Those of us training for the merchant marine must attend a four-year college and take classes related to our field—navigation, maritime law, watch-keeping, emergency control, along with many others. Every summer during our school years, cadets from maritime schools like Maine Maritime Academy must take cruises on actual ships on the high seas in order to get that hands-on experience.

The second such cruise is called “cadet shipping.” Over the course of three months, I and other cadets will learn the work of officers on board merchant ships—how they stand watch, what their roles in emergencies are, and how to manage a billion dollar piece of machinery and its crew.

Many people have an old romantic idea of the sea captain at the wheel of his mighty ship, conquering mountainous waves and bracing his feet against the wind and weather. Other people imagine a bustling warship, with 20 crew on the bridge at once, managing all kinds of radar and radio equipment.

The reality of today’s shipping is rather different. The captain will never touch the wheel of a ship, and many ships have no steering wheel at all. The number of people on the bridge of a cargo ship is most often just two: an officer and a mate who follows his or her orders.

The Military Sealift Command, for which I will work for the next three months, is not an ordinary cargo carrier. The U.S. military requires a multitude of goods to operate overseas, from guns and bombs, to food and water, to Windex and toilet paper. Ships carry almost all of it.

An aircraft carrier cruising at 40 knots through the ocean has no time to stop for groceries in a foreign port. And the grocery list for 3,000 people would be rather long. Instead, a ship like the USNS Washington Chambers comes alongside to deliver the goods.

Today, I fly to Japan to board this ship and begin an adventure few college students will ever experience. It’s not every day a 20-year-old American kid gets to tie an aircraft carrier to an ammunition ship in the middle of the China Sea. The journey alone is worth a thousand words and more, and volumes have been written about the incredible voyages of those on the high seas. And there are surely volumes more to come.

Benjamin Stevens of Islesford (Little Cranberry Island) is a student at Maine Maritime Academy in Castine. 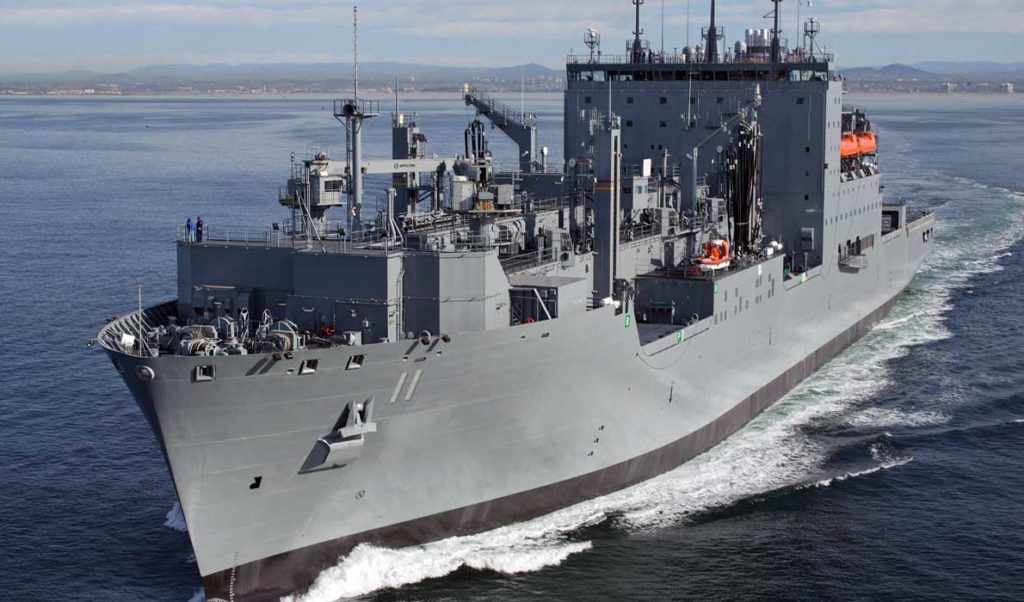