LUBEC — An accidental migration of people “from away” to this remote coastal town is helping to transform a dilapidated waterfront into a vital center of the community.

Located at the end of a peninsula, Lubec is a stone’s throw from Canada. Water Street, Lubec’s principal commercial waterfront street, is lined by historic buildings, some dating back two centuries and formerly housing fish-packing plants, smokehouses, shipchandlery, a wallpaper and painting company, a grain and feed store, a department store and offices. Today, almost every business along Water Street is owned and run by people who have moved here from out of state, as are businesses elsewhere around town.

For all, the discovery of Lubec was a fortunate accident. For many, it took only a short time to decide to buy a home and business here. Some invested substantially to restore dilapidated buildings; others bought established businesses or space. All said they are committed to ensuring the features that attracted them—the working waterfront character and village feel—remain intact.

“I moved here because I like it as it is,” said Gale White, who migrated from Pennsylvania three years ago, bought an existing coffeehouse in a building dating back to the mid-1800s, and recently opened a microbrewery in a historic building across the street. “I’m not looking for it to be something that it isn’t. For me, personally, revitalization means dusting off the old history. I don’t want to modernize things.”

Debra Ayala-Kasunic, a West Virginia educator who with her husband discovered Lubec a dozen years ago on a spontaneous vacation, bought a house a week later and in 2006 bought and restored a commercial building over 100 years old. The couple opened Northern Tides, a year-round art and gift gallery, as a forum for local artists.

“I started renovating when there was nothing on Water Street to attract visitors,” she said. “The building needed everything and was surrounded by abandoned cars, boats and buildings.”

“It certainly has picked up,” she said. Her partner, Glen Charles, later landed at Lubec on a kayak trip and never left. “It’s added more color and variety and good people. But it’s hard. There’s a limited season. We’ve got to work 12- to 14-hour days, seven days a week. You have to want to be here, to be successful. But Lubec is our home, and we’re passionate about the people here and what this area has to offer and about what we do.”

Economically, Lubec has had its ups and downs. For almost 200 years, folks have depended on the sea for a living. The town was home to shipbuilders, sardine canneries, smokehouses and businesses that support those activities. Entire families worked in the sardine plants.

Sardine-packing was fisherman Julie Keene’s first job as a kid. It was her mother’s first job. Her grandmother worked in the plant for 40 years. Her great-grandmother packed sardines.

“At one time, there were 23 sardine plants in Lubec. There was only the two or three when I was a teenager and then forward, until they closed,” said Keene. “It wasn’t the greatest job in the world, but it was a job.”

The sardine industry began to decline in the 1970s. Fishermen turned to scallops, lobsters, clams, crabs, quahogs, mussels and elvers. According to the town’s comprehensive plan, the 1990s and 2000s saw significant economic transition. The town experienced an aquaculture boom and the emergence of new fisheries for urchins, rockweed and sea cucumbers. Young families left for work elsewhere, school enrollment declined, the retiree and summer-home population increased, and businesses in the creative economy emerged.

The lack of employment opportunities remains an overriding issue, the comprehensive plan says, a problem of which Town Administrator John Sutherland is well aware.

“A number of families have to rely on multiple jobs to make ends meet—fishing, clamming, lawn maintenance, tipping and wreathing,” he said. “We’ve had a lot of young families have to leave the area to get full-time employment.”

The comprehensive plan acknowledges the potential for leveraging the area’s natural attractions (among them Roosevelt Campobello International Park, West Quoddy Head Lighthouse as the easternmost point of the contiguous U.S., plenty of hiking and boating) and cultural/historic attractions (including Artsipelago, Sculpture Trail of Maine and SummerKeys, a music school founded by Bruce Potterton of New York)—to boost the tourism economy.

It’s universally agreed the “from away” contingent plays a strong role in enlivening the community. Their businesses create synergy that offers more choices to existing visitor and year-round clientele and, as word gets out that these choices exist, draws more people.

Now, with the help of the town’s recently established economic development committee, there’s a push to draw the sizeable contingent of tourists who hit the marquee attractions but never side-trip into the business district.

“We’re trying to figure out how to encourage people who are going to Campobello or going to the lighthouse to make that turn and come into town,” said Ayala-Kasunic of Northern Tides gallery and store. “They’re going to see Campobello, they leave. They’re lighthouse people, or they want to go to the easternmost point in the U.S., and then they head right back out.”

Said Sutherland, “What can we do to encourage them to come downtown? We’ve got shops, restaurants, all kinds of items for them to explore. We’ve got to find a way to reach them.”

Economic development initiatives include signage to inform these visitors a community awaits them, with a historic waterfront populated with restaurants, gift shops, a ferry to Eastport, harbor seals, whale watch tours, a micro-brewery, a working waterfront and more. A new seasonal floating dock system aims to enhance commercial traffic. The town also received a $400,000 EPA grant to clean up an old fish factory site.

Keene said she and other generational residents are glad to see the new businesses. But the town doesn’t have the same “feel” of her youth.

“You walked into a store and you knew everybody,” she said. “Today you walk in and you know hardly anybody. I was in school with a kid named Greg, his father was in the same class as my father, my son was in class with Greg’s son. It’s having so much interconnection with each other, with the land, with the sea. It’s sharing disasters and sharing joys. We’ve lost so much of that. It’s not bad. It’s just different.” 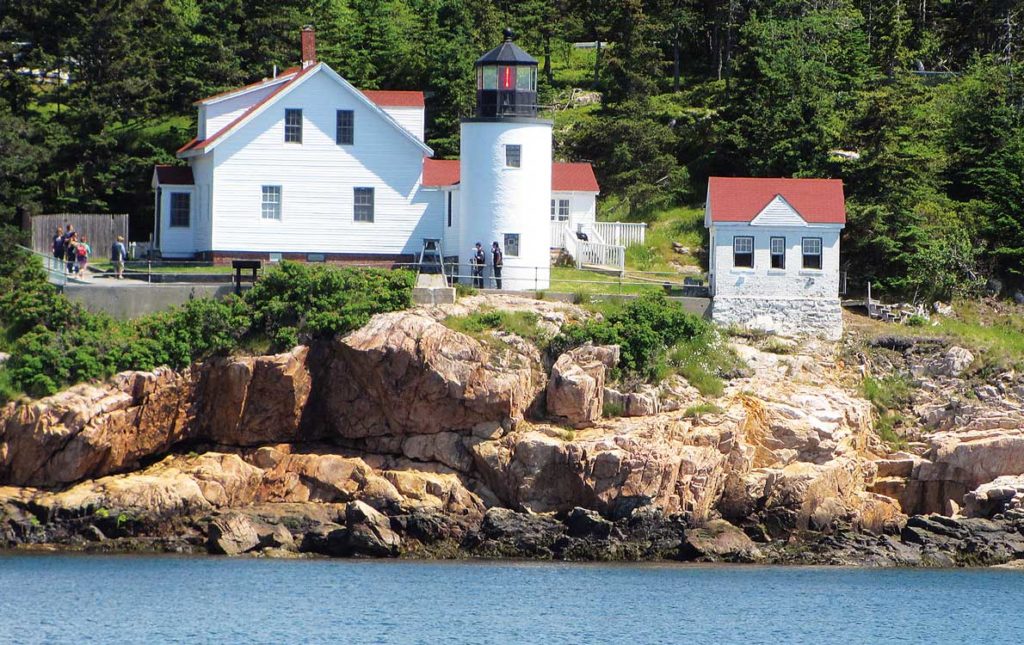