On an island with a more-or-less fixed population of fewer that 400 people, burn-out is an all-too-common phenomenon. After so many years on a board or in a volunteer position, enthusiasm wanes and performance slips. The flip side is the narrowing perspective that can come from one person occupying a position for years, even decades. Neither outcome is desirable, and so the quest for new blood to serve the community in roles from firefighter to selectman carries real urgency.

On the EMS crew, the need for new recruits is equally real and pressing. With a small crew and a week-long call commitment, a few particularly dedicated EMTs and first responders often wind up covering most of the calendar. Ambulance service is a labor of love, but time off is vital to maintain energy, dedication and enthusiasm.

So when ten community members, including two high school students, stepped up to take the EMT certification class this winter and spring, my heart—as well as the hearts of the rest of the current crew—skipped a beat.

Ten is an enormous number for anything on North Haven. Ten people on a basketball team is almost unheard of. Ten people interested in becoming selectmen might necessitate campaigning and speechifying, the likes of which we’ve never experienced. When ten people show up to audition for a play I feel relaxed and gratified. Ten aspiring EMTs is terrific.

That mighty group of ten threw themselves into the coursework. In an EMT class, a certain portion of the hours are didactic—lecture-based, intended to give background information, legalese and explanations of why the interventions we perform work. Students complete reading and quizzes online.

Most of the work is hands-on, though, compressing the chests of dummies, assembling equipment, and strapping classmates into cervical collars, shortboards and longboards, over and over again. At times it looks like a theater game, as pairs ad-lib through a scene of EMT and patient, acting out symptoms, assessments and interventions.

A few of us current crew members acted as de facto teaching assistants, earning continuing education hours in exchange for running skills practices. Outside of the class, which met in person for three weekends, our crew chief and lieutenant set up regular practice hours at the ambulance bay. My daughter, who attended every class session and practice round when I was certified two years ago, often came with me, looking stern as she held a skills sheet or walking up to a dummy to give it a few imitative whacks on the chest.

Watching the students gain knowledge and confidence was as gratifying as any educational experience I’ve had. At first they were hesitant and second guessed themselves, but by the end of the class they were striding confidently into a scenario, sure in their knowledge of best practices and the interventions available to them at their skill level.

And suddenly, they were having fun doing it. Being an EMT requires both a strict knowledge of protocol and the ability to improvise and interpret an environment, and the students’ eyes lit up as they married those two skills.

When the ten went to the mainland for their skills test, they had run each skill dozens, maybe hundreds of times. They were nervous but prepared, and they did us proud. They must take a knowledge-based test to fully certify, but I’m confident that very soon, our crew will receive the infusion of new recruits we’ve been looking forward to.

And I hope that our group of ten inspires others to find new ways to serve the community, whether from a seat around the conference room table at the town office, providing a baked good for a community coffee hour, or strapping on a pager and taking call. 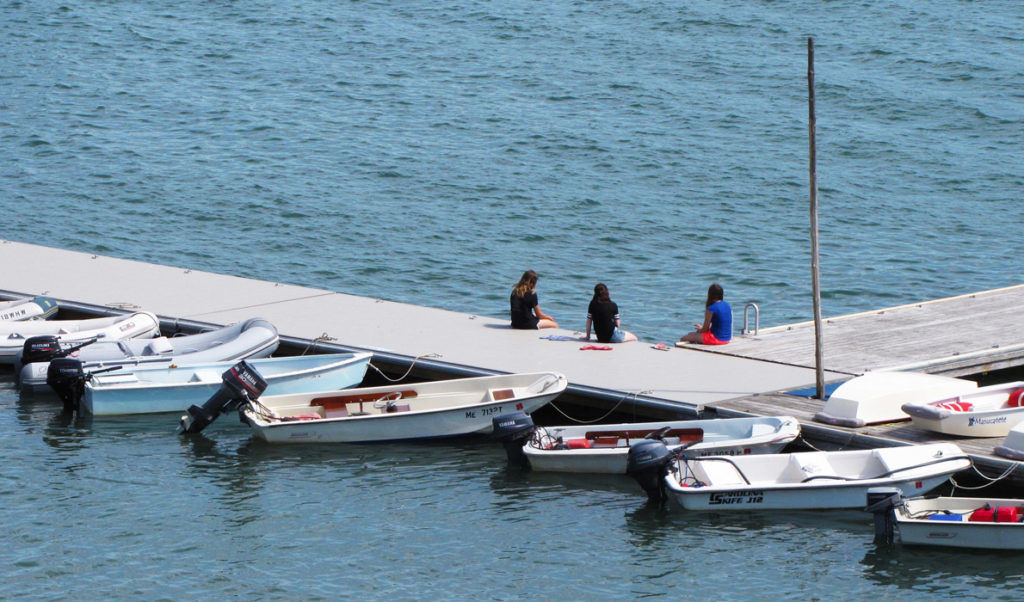