Classically trained gourmet chef. Coffee connoisseur. World traveler.  Entrepreneur. These words could describe any number of people in Boston or even Portland, but you might be surprised to find one on the tiny island of Frenchboro.

Like many people who move to a Maine island, John Roos and his family ended up here somewhat by accident. Four years ago, Roos was sailing in the area with a friend and he and his family fell in love with the island. In 2018 they bought a cottage directly across the harbor from Lunt’s Dockside Deli. Providence or coincidence? We’ll come back to that. 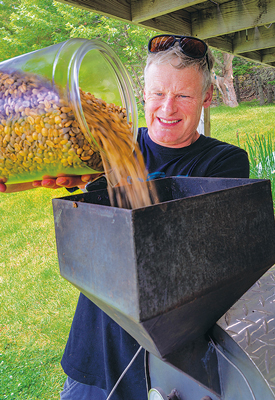 Roos had spent his career in the food service industry, starting in restaurant kitchens in Colorado in 1981. Learning under some of the premiere chefs of the time, he later held positions in Cape Cod, New York, Los Angeles, Hawaii, France, and Hong Kong. In 2002, his journey took him to Portland, Oregon.

Between jobs and looking for a creative outlet, and being in one of the coffee capitals of the country, he thought experimenting with the nuances of the beverage would be a natural fit for his talents. Much like cooking, roasting and blending coffee is part science, part art.

After much experimentation, Roos took his favorite blend back to his hometown of Ann Arbor, Michigan, where he currently owns two storefronts.

Roos Roast offers seven styles of hand-roasted coffees with quirky names like “Rich, French Neighbor” and “Mother Pheasant Plucker.” There are also espressos, teas, and some light bites. The coffee is shipped nationwide and distributed to numerous Michigan retail outlets. One of his blends, “Lobster Butter Love” can be purchased at The Island Market & Supply on Swan’s Island, Sawyer’s Market in Southwest Harbor, and at Dockside Deli.

Coincidentally, the blend was given the marine moniker about 15 years before Roos ever visited Maine. 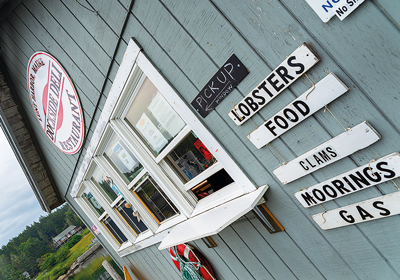 “It’s more of a feeling,” he said, trying to explain the genesis of the name. “Like if you think of the most expensive, luxurious item to cook with, lobster is going to be at the top of the list. If you think about the butter it’s been dipped or cooked in, that takes it to a whole other level—the best flavor in the world.  That’s how we wanted to describe our coffee.”

Now, back to Lunt’s Deli on Frenchboro. David and Sandy Lunt opened the restaurant in 1987 serving the year-round residents and creating a destination for tourists. In addition to countless private boats, charter lines bring across 50-60 guests at a time almost daily in the summer months. Offering traditional Maine fare like lobster rolls and chowder make the deli a mandatory stop.

While the Lunts always kept a hand in the operation, they entrusted the day to day management over to Rachel Bishop a few years ago. When she decided to explore other opportunities last year, it looked like the deli would have to close. Knowing this would be devastating to the island, the Lunts approached Roos to take over management.

While he confesses his first reaction was “this is insane,” he quickly saw the merits and stepped up to help save this critical part of Frenchboro’s economy and culture.

David Lunt still goes to the deli almost daily. Some say it’s to keep an eye on the operations, some believe it’s just to get his daily intake of Gifford’s ice cream. Either way, he and Roos have become fast friends. When asked how well he thought Roos is running the operation, Lunt responds, “Almost as good as I was!”

Roos’ first step was to update the menu, aiming to offer more creative, upscale dishes, similar to those he’d served elsewhere. He quickly learned the locals have more traditional tastes. Burgers and fried foods are no longer center stage, but he found he needed to perfect his preparation of the existing house chowder and peanut butter cups.

“Our regular customers just wouldn’t have it any other way,” Roos said. He has introduced a few new items, but is primarily focused on clean, simple, and local. One change was adding Roos Roast Coffees. In addition to the “Lobster Butter Love,” he’s added espresso and cappuccinos to the offerings. The locals have embraced these changes.

So whether you believe in predestiny or think it’s all just happenstance, a man from Michigan who traveled the world and created a coffee tasty enough to be considered “Lobster Butter Love” somehow ended up running a landmark eatery in the middle of lobster country. 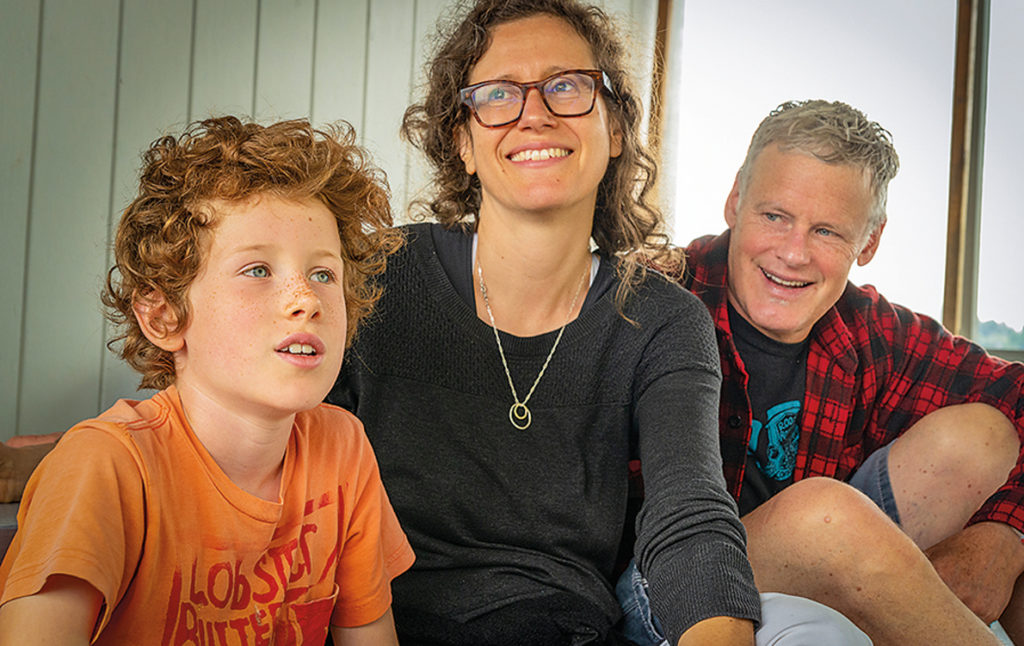