Mainers commonly travel during the winter and early spring, and Andrea Shane and Skyler Sanborn, both of Vinalhaven, are no different. But Shane and Sanborn are not snowbirds. The girls, both 2016 graduates of Vinalhaven High School, are spending time in Guatemala as part of a gap year before college.

“I wanted to travel after graduation because I had never really experienced a different culture or seen the world,” said Shane via email.

Shane and Sanborn opted to participate in a program through International Volunteer Headquarters. They volunteer at an animal rescue center, called Antigua Exotic.

“We rescue animals who are hurt or animals people bring us,” said Shane. “We also take animals from the fish and wildlife service when they find people are smuggling them across the border,” she said.

“We chose this destination because it offered the programs that both Andrea and I wanted,” Sanborn reported, “and the city of Antigua is known to be safe and a nice area.”

Emily Baird, another 2016 graduate of VHS, also took a gap year. Baird traveled to Thailand by herself for two months.

“Because I traveled solo, I opened myself up to meeting more people, and a sense of confidence in myself that I didn’t have before,” she said. “I was scared out of my mind, but I learned from it. Coming from a small island and being able to walk down a crowded street in Bangkok without the blink of an eye is a pretty big accomplishment, in my opinion.”

According to the American Gap Association, in recent years there has been a sharp rise in the number of American students taking a gap year.  However, not all students who take a gap year choose to do so before starting college.

Blake Reidy, a 2012 VHS graduate, took a semester off during her junior year at the University of New England to travel in Europe. Reidy, and her friend, Izza Drury, spent three weeks in France participating in the World Wide Opportunities on Organic Farms program, or WWOOFing. After their time farming, the girls traveled across Europe, including Italy, Greece, Germany, the Czech Republic, Hungary and England in their itinerary.

For Reidy, “finding out how to live outside your comfort zone” was a big benefit to taking the time to travel. “You also find out a lot about yourself in someone else’s world,” she said. “You get to see the world from a lot of other perspectives.”

“Growing up on an island in Maine can be extremely limiting, educationally, in terms of being exposed to diversity, or being forced out of your comfort zone,” said Campbell, via email.

“At times living in Senegal can be uncomfortable. I communicate in two new languages, Wolof and French, navigate a culture that is drastically different from my own. It is in these moments that I have learned the most about being a mindful member of a community, and how to adapt to a new way of living without sacrificing what makes me, me. It’s a delicate balance but it has allowed me to grow as an individual in ways that I could never achieve on North Haven alone.”

Zach Jones, also a 2012 graduate of VHS, turned his gap year experience into a lifestyle. College “was always the idea,” Jones said. However, after experiencing the freedom and excitement of seeing the world, he just kept traveling and left behind the idea of school. So far Jones has visited 23 countries and all but one continent. Antarctica is next on his travel to-do list.

Jones says traveling has given him confidence. 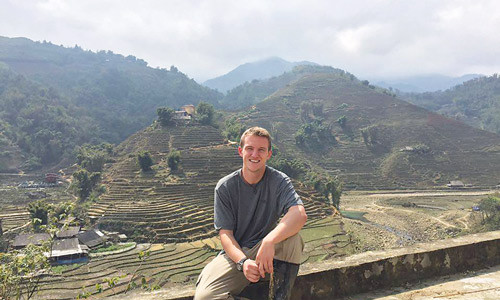 Zach Jones in the northern part of Vietnam.

“It’s cool to be able to push the comfort zone all the time.” Traveling has also “made it a lot easier for me to communicate with people,” said Jones. “I can talk to just about anyone now. It’s kind of sink or swim when you have to go up to somebody when you’re alone in a strange country.”

Shane, who will be in Guatemala until the end of May, already knows this has been a worthwhile experience.

“I have learned how lucky I truly am,” she said. “I am truly rich to have a loving family, great friends, and a community like Vinalhaven to call home. Seeing the greater world and people who are less fortunate from me has really taught me about the way I think. I no longer worry about ‘problems’ that won’t matter in the grand scheme of things. I have a healthier way of thinking about life.” 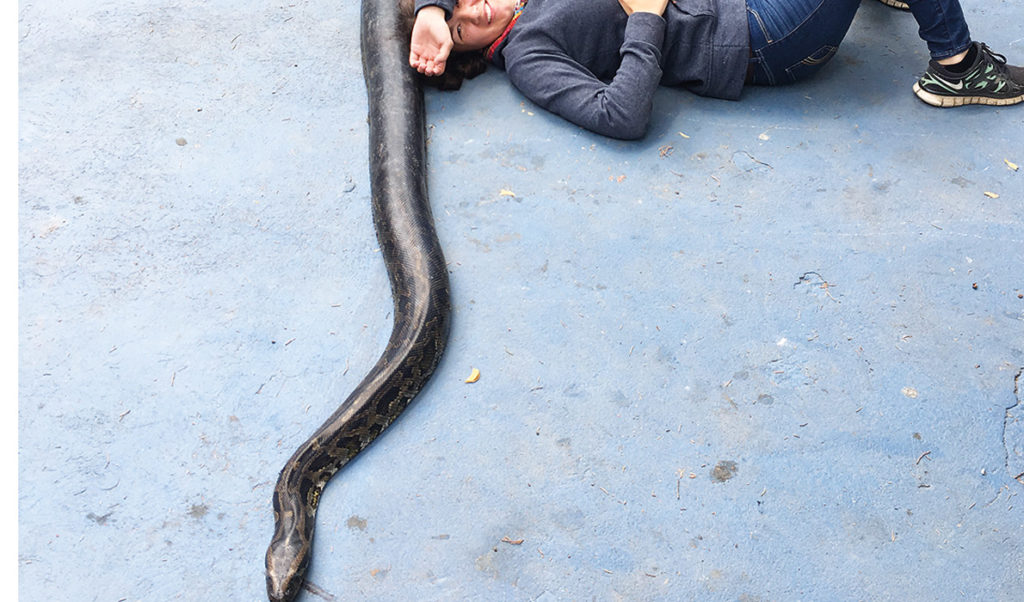