Just the other week, I returned to Deer Isle after taking a ten-day trip to my hometown of Berryville, Virginia. I’ve been able to make it back to my hometown a couple of times during my fellowship, and on this visit I decided to take the time to drive rather than fly. It’s a long drive to Virginia, and my time away from the island resulted in quite the re-entry process when coming back.

I returned to the island during a seasonal change of pace. Main Street in Stonington was becoming a bit livelier with visitors and the high school was fueled by the optimism of a coming summer break and reflection on the past year. For seniors in particular, the coming of summer was highly anticipated.

As it was in most of the state, the winter on Deer Isle was a long one. This year’s senior class at Deer Isle-Stonington High School almost saw its school year and graduation pushed back due to the record amount of snow and resulting closings. But in typical island fashion, the class and the school came to a consensus on the issue. To make up the lost time, the senior class was presented with the option of forgoing its spring break and presenting a class play at the island’s Reach Performing Arts Center. Not wanting to see graduation moved a single day, this was an easy decision for the students.

There are a number of students at the high school who are involved in the performing arts, but there are also quite a bit who had never been on stage. It was the first time the high school had presented a “senior class play,” and after the positive reception by both students and the community, I don’t think it will be the last.

In their production of “A New Nation” students not only acted, but also handled other aspects of the production, including lighting, sound and set decoration. The play was a comedy, so it allowed all of the students to stay loose, have fun and just be themselves. I was unsure what to expect when I arrived the night of the show, but it was all in good fun and I was surprised to see almost all the students enjoying themselves.

After the show, there was a brief talk back with the audience. I’m not a theater expert, but it really became apparent how much the students thought of the whole experience; they had accepted the challenge and clearly benefited from the production.

After one student expressed wanting to be in a play again after just completing the first, someone in the audience asked if the group thought a class play should continue to be a part of the senior year. The students unanimously said yes.

Watching so many students naturally take to being on stage was perfect timing for my own reflections of the passing year. While I have gotten to know some more than others, all of the students have been familiar faces during my time at Deer Isle-Stonington. Quite frankly, my time with the students has actually been one of the takeaway surprises of my fellowship and I can truthfully say it’s been an experience I’ve greatly benefited from. 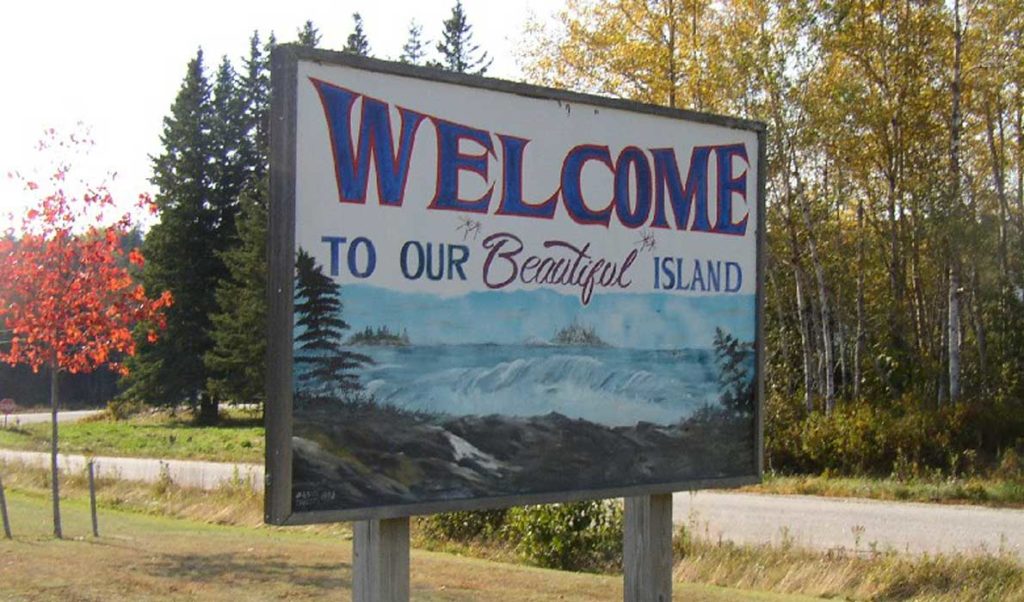