Jon Rogers started lobstering in 1967 as a child, with his grandfather. He moved on to gillnetting, shrimping, bluefin fishing and swordfishing on Georges Bank, interspersed with lobster fishing.

Still, he said, “I reached a point where I was looking to do something different.”

When he heard about oyster and mussel farming on the Damariscotta River, he took an aquaculture class last winter, then applied for a limited-purpose aquaculture license, which provides leaseholders with small sites to experiment. Last summer, he and his wife successfully “planted” 100,000 oyster seeds off Orrs Island in Casco Bay. Now, as Dogshead Oysters, he’s applied for a bigger lease.

“We’re excited about what’s to come,” he said, speaking to an audience of fishermen interested in learning about ways to diversify and expand their year-round income, at the recent Maine Fishermen’s Forum. “For anyone interested in doing something different, this is something that’s good commercially, and good for the environment. It’s an opportunity to spread an income out 52 weeks, as opposed to being involved in a short-term industry,” like lobstering, “of six to eight months.”

With Maine’s commercially harvested marine resources topping $600 million in value in 2015—reflecting an all-time high due largely to a booming lobster fishery that exceeded $500 million—why would fishermen be looking for additional business opportunities?

One reason is that the historical year-round model—harvesting lobster in the summer and other species in the winter—is increasingly difficult as other fisheries, notably groundfishing and shrimping, fall off. Also, a changing ocean poses potential problems for the one fishery that’s doing well.

To remedy the situation, new business options can be viewed in a couple of ways, said Island Institute Marine Programs Director Nick Battista. One is to optimize fishery earnings. For example, improved lobster handling could maximize profit; better fuel efficiency could save on expenses. Another way is to start a new business that complements fishing. Adding aquaculture could provide winter work without interfering with lobster operations.

“This family epitomizes the opportunity for fishermen to diversify their portfolio and make a little extra money,” said Springuel.

The family also joined with others to develop a fishing fleet festival, now popular with tourists.

“They take advantage of the fact that there are so many people out there who think fishing is just about the coolest thing on the planet,” Springuel said.

Fishermen and fish farmers can capitalize on tourist trends, she added, with more seeking authenticity and meaning, as opposed to sitting-on-the-beach-with-a-margarita type vacations of 20 years ago.

“All these folks in the tourism industry want you,” she told the audience. “You represent that quintessential experience.”

Direct marketing and community supported fisheries also can diversify income, said Josh Stoll, a PhD student at the University of Maine. In North Carolina, Stoll helped form a CSF in 2009. The group heard from other coastal communities, and the idea grew. A review showed fishermen make 33 percent more, plus profit-sharing at year’s end, by selling direct and local, he said.

In 2011, he founded LocalCatch.org to share resources on the CSF model. “It requires a different set of skills,” such as understanding conventional and social media, and being able to run a high number of transactions at low volumes.

“In times when fishing was tough, I was still able to survive,” he said.

“It’s important to go in not only thinking through the operations aspect, but also the risks you’re facing,” Clime said. “The more you plan and research, the more you’re likely to succeed.” 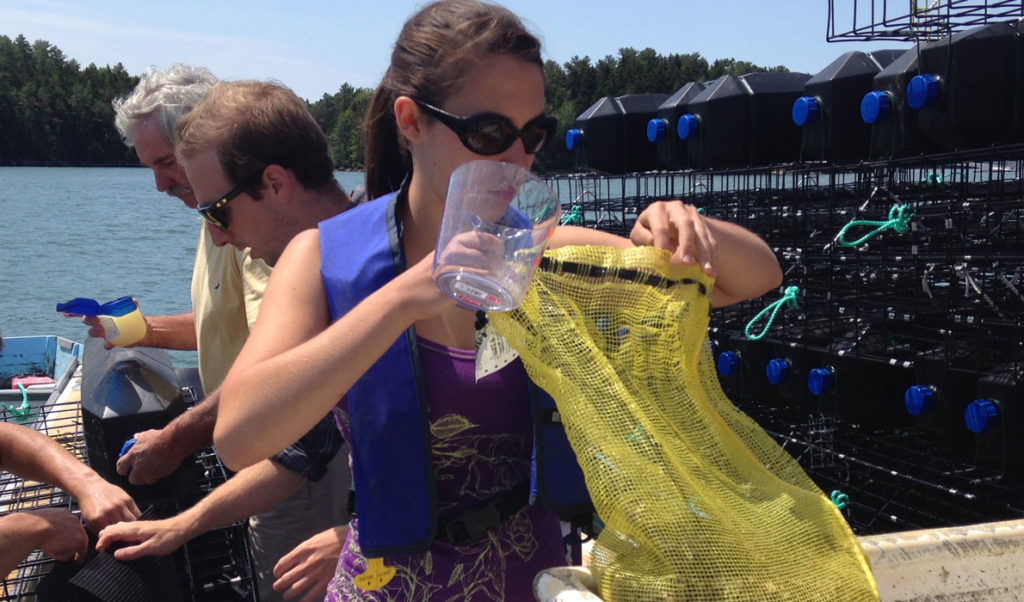