Robin Alden, a former commissioner of the state’s Department of Marine Resources (DMR) and current director of the Stonington-based Penobscot East Resource Center (PERC), has been named a White House champion of change for her work on sustainable seafood issues. The honor was bestowed in a ceremony on Friday, Oct. 7.

Alden co-founded PERC in 2003 and has led a path-breaking effort to bring the knowledge and expertise of fishermen, scientists and policy makers together in collaborative, shared management of Maine’s coastal fishery from the Penobscot Estuary east to the Canadian Maritimes. Under her direction, PERC’s innovative approach is recognized internationally as a model for sustainable fisheries.

For more than a dozen years, Alden has spearheaded a host of pioneering and collaborative initiatives with the goal of securing fishing forever in the region. Notable examples include:

• Community Fisheries Action Roundtable (C-FAR), first convened by PERC in 2008; facilitates shared management by fishermen, scientists and policy makers. In 2012 C-FAR facilitation helped build the plan that led to the revitalization and reopening of Maine’s closed scallop fishery. The fishery, which had seen a decline to less than 300,000 pounds caught in 2005, has fully rebounded with more than 5 million pounds caught in 2014.

• Sentinel Survey Fishery, a partially federally funded fishermen/scientist partnership created in 2010 and managed by PERC in collaboration with the University of Maine to collect data to develop management policy, is aimed at rebuilding a viable fishery for cod, haddock and other groundfish.

“This is amazing,” Alden said of the honor. “I have spent my entire adult life pursuing this vision and the award is validation for all the fishermen, scientists, regulators and supporters who have done the hard work of collaborating to make local fisheries sustainable.”

The Champions of Change program was created as an opportunity for the White House to feature individuals doing extraordinary things to empower and inspire members of their communities.

The U.S. fishing industry is critical to the economic health and well-being of communities, supporting 1.7 million jobs and contributing nearly $200 billion to the economy in 2014. However, marine ecosystems are under threat from multiple stressors, including climate change and ocean acidification.

“Ironically, climate change is helping us all, including state and federal regulators, realize that we need a new and more collaborative approach to managing fisheries,” Alden said. “And that has to involve fishermen—their knowledge and their participation in making tough, informed decisions. This is very long term work of trust-building and social change, collaborative science, and policy innovation.”

Looking beyond her time as director PERC, Alden said her goal is to leave the organization strong, “and able to carry the vision forward. We have both an urgent need and an opportunity for this to work as we all face climate change together.”

The need for innovation in sustainable fisheries has never been greater, according to the Obama administration. Local leaders serve as the backbone of our communities, working to build resilient coasts and striving to protect the at-risk towns whose future depend on the recovery of our fisheries, it noted.

In addition to being a former DMR commissioner (under Gov. Angus King), Alden also was publisher and editor of both Commercial Fisheries News and Fish Farming News and a public member of the New England Fishery Management Council. She was co-founder of Maine Fishermen’s Forum. 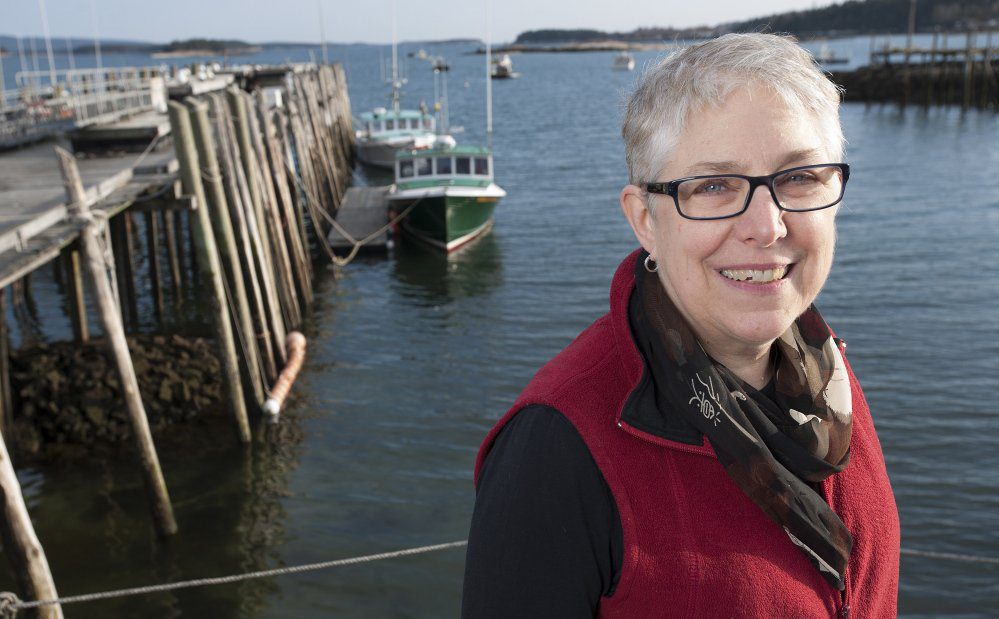