Bureaucrats, academics, and advocates develop talking points, position papers, and policies to address the problems of our coast. Galen Koch has chosen a different approach.

The 28-year-old Stonington native and Skidmore College grad has dedicated her professional life to storytelling. Or, more accurately, letting others tell their stories.

Her newest venture, which she calls First Coast, launches this fall and will bring her to five Maine waterfront-dependent communities. Using a 30-foot customized Airstream trailer as her mobile studio, Koch hopes to engage locals during a three-week stay, inviting those with divergent points of view to tell their personal stories and explain their perspective on life on the coast.

On her website (thefirstcoast.org), Koch explains the endeavors as “an effort to reclaim the Maine coastline by creating a body of multimedia work that expresses the needs, desires, and identities of year-round coastal Mainers.”

In a conversation about the project, Koch reveals the genesis and evolution of her passion for telling stories about and to each other. At Skidmore, she majored in arts and politics, which she admits today seems like an odd choice. But a decade later, she understands what was driving her. 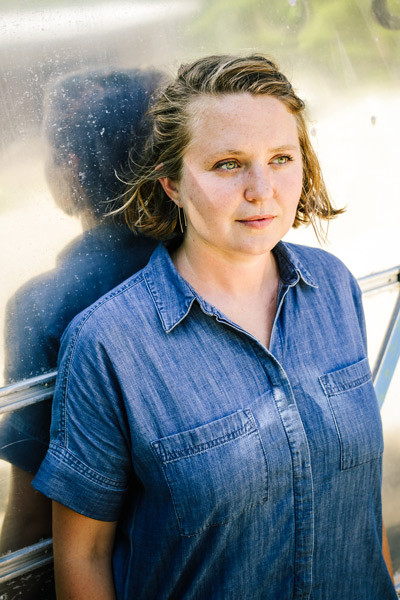 “I was interested in storytelling the whole time,” she says, and those two disciplines inform what she does now.

After graduating, she worked in Portland, Oregon, but missed her home state. She returned to Portland, Maine and attended the Salt Institute for Documentary Studies, graduating from that storytelling program in May 2014.

Koch worked in radio, and has produced national pieces for NPR and the BBC, “But I wanted to get back into local stories,” she says.

She was raised in Stonington, the state’s biggest fishing port, but her parents were involved in the arts. But the importance of the working waterfront did not escape her notice.

Back in Portland, Maine, she produced a dozen audio stories—podcast length—about the city’s old and new waterfront, covering such topics as dredging pier slips, the development of a cold-storage building over the objections of neighbors, and the fate of an empty lot where fishermen mend their nets.

The audio stories, supported by the Casco Bay Estuary Partnership and the Waterfront Alliance, are produced to high journalistic and technical standards and can be heard at wharfside.org.

“I really loved doing that,” Koch says today of that work. The stories were revelatory to those with a passing understanding of the working waterfront.

“The goal was to get people to connect to the waterfront beyond Commercial Street,” she explains.

It also allowed those with competing or conflicting interests to understand each other. It is this element that most excites her.

“It brought people together,” so that someone on one side of a debate could learn from someone on the other side. “You hear something you haven’t heard before,” she said of the effect the stories seemed to have on discourse.

The project inspired what Koch hopes is a deeper exploration of the state’s waterfronts. She framed it as: “How could I have a project that brought people together afterward, in a way that was community building?”

So this fall, she’ll do advance work, lining up the names of people to interview, in the five towns—Chebeague Island, Friendship, Stonington, Beals, and Lubec. Once there, the Airstream trailer will serve as a place for Koch to do audio interviews with locals about their relationship to the sea and the working waterfront.

“I think it’s important to hear what these people’s stories really are,” she said, beyond the stereotypes and free of political agendas.

The trailer will offer a communal space for people to sit and talk and as a temporary gallery. Koch and her collaborators—photographers and other documentarians—will offer workshops on storytelling and recording to produce intimate portraits of the town, its people, and their evolving maritime identity.

Koch also wants to encourage local folks to bring any old photographs or film they have of waterfront activities. With help from Northeast Historic Film, she will be able to convert 16-millimeter film and VHS to digital formats.

The endeavor, which Koch hopes will continue if the first five residencies are successful, is supported by a grant from Portland’s Space Gallery. 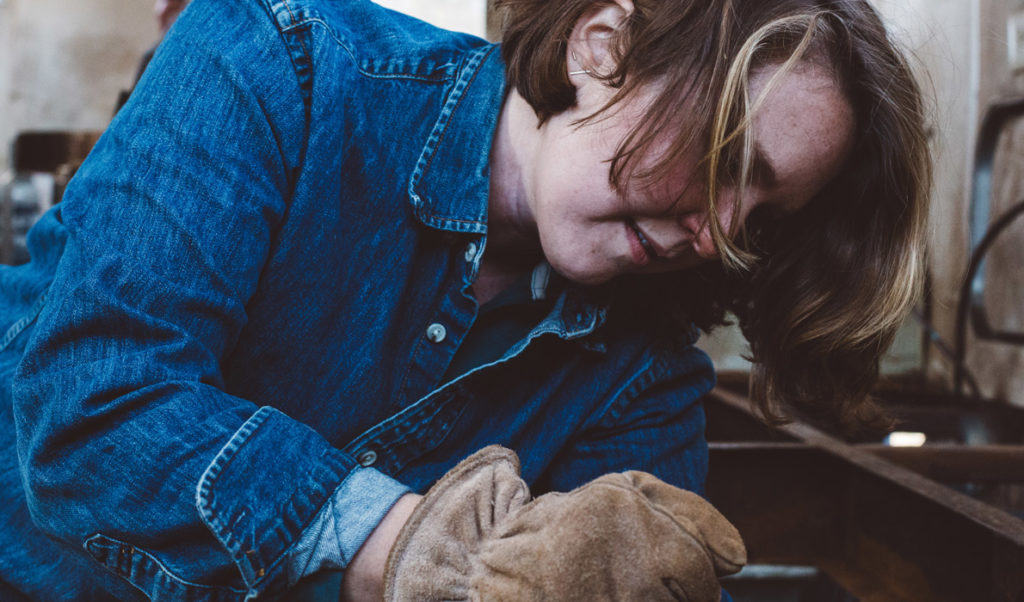 Galen Koch at work on the Airstream trailer that will serve as her mobile recording studio.