Reflections is written by Island Fellows, recent college grads who do community service work on Maine islands and in remote communities through the Island Institute, publisher of The Working Waterfront.

I learned recently that when you ask a large group of people to each sing anynote, almost universally, their tones will begin to converge, landing somewhere near an E-flat. At first, I couldn’t figure out why this process seemed so familiar to me, but then I recalled an evening in Millinocket where I found myself whispering in sync to a group of semi-strangers.

The charismatic director of the local Christmas choir had grown frustrated with us. The altos were overpowering, and the tenors were sharp, so she asked us to turn from our rows to face the center and start from the beginning of “Light of the World,” but at a whisper this time.

The basses began with their deep rumble, and we all wrapped our voices around theirs until no individual could be distinguished. While there was something magical about arriving at this aural consensus, it also required the concerted use of listening, compromise, and the suspension of disbelief—three processes that have been essential to my role as an Island Fellow in Millinocket, the Island Institute’s first “inland island” placement.

My desk sits in the back of what is technically a public space at Millinocket Memorial Library, providing no shortage of opportunities for listening and its comforting counterpart, small talk. As I suspected, the weather is universally the most popular topic, but a close second are the roads: the current pothole report on the Golden Road, the dwindling size of the municipal plowing team, the strange car seen at Save-A-Lot, or the lynx spotting up on Route 11.

Working at the library has led me to attend a lot of community meetings, on topics ranging from the opioid crisis, to aging-in-place, to the library renovation, to public broadband. These meetings consistently remind me how much I don’t know, and I often wonder if I’m contributing anything by just being there. Sometimes, in the act of blending, I feel like some kind of social chameleon, and I wonder if I’m being disingenuous. Most of the time, I try not to say very much, and yet, these past several months have confirmed that there is value in this practice of withholding.

Withholding allows room for my judgements to turn into questions. It transforms disbelief into curiosity through the repeated act of showing up. For me, this has meant attending a bring-your-own-baked-potato party (BYOBPP), an (all-white) production of Hairspray, a pinewood derby, an ash-pounding festival, and a “wild ice skating” outing, among other things.

The best kinds of days here are the ones where I show up: the days in which lying in my bed that morning, I never could have guessed where the day would take my feet. The days in which despite the tidy, tragic anecdotes I often hear about this place, I witness complex humanity and hope in people who defy my preconceptions: members of the Cantata giddy with the excitement of a new song, teenage boys embracing each other, vitality in the elders, and maturity in the youth.

I’m not trying to say that Millinocket can or even should “land on an E-flat” as a community. Rather, trusting the presence of both harmony and discord here—trusting the existence of contradiction—has propelled my sustained curiosity about this place. And to me, curiosity breeds love.

Diana Furukawa is working with the Millinocket Memorial Library to develop a community resource and volunteer coordination center for the Katahdin region. 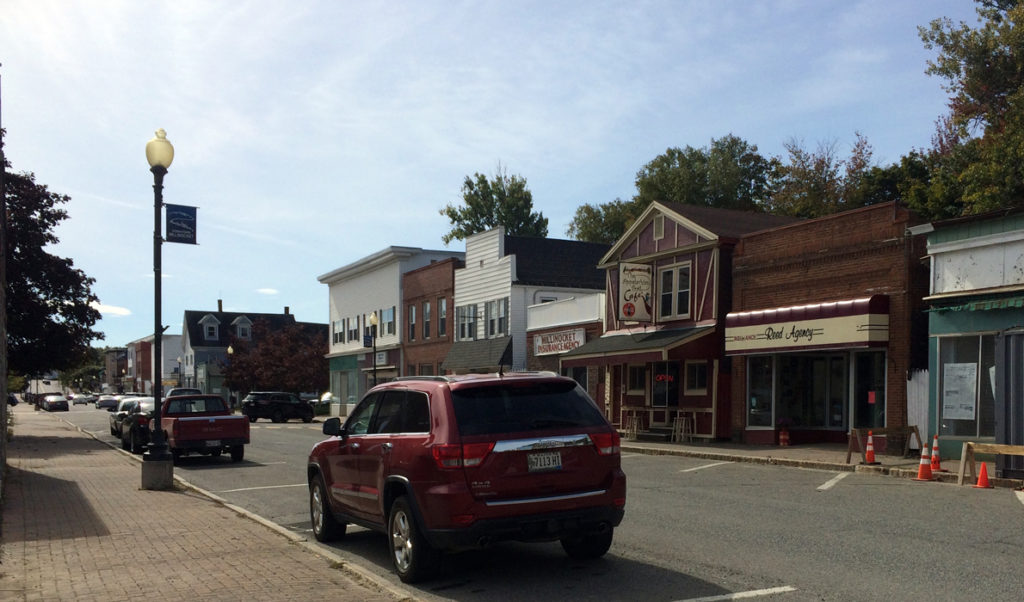