By a 1,380-213 margin, Bar Harbor residents voted June 12 to purchase the former ferry terminal on Eden Street from the Maine Department of Transportation for $3.5 million.

The next step is for the town to decide what to do with it.

The town council’s Ferry Terminal Property Advisory Committee over the past year has debated various options for the property. They included building it out as a cruise ship facility with a berthing pier or with a tender pier. Neither recommendation anticipates increases in the number of cruises ships or passengers.

In public hearings in recent months, many residents said they liked the marina concept and the idea of moving ships away from the town’s center. But they were concerned about increases in traffic along Eden Street, already the busiest road in the area.

Most recently, at the town council’s last hearing on the topic before the vote, one resident said the price, almost half of the property’s assessed value, made it reasonable for the town to buy the property.

“We can decide what to do with  it over time,” he said. “If we don’t buy it, we know the state will sell it and what it’s zoned for is not a hotel or parking lot. It’s zoned for a major cruise ship facility. It could be sold to anyone to create something that we might not want.”

But another resident said the price should have come in lower.

The committee had underestimated initial costs that would come immediately following a purchase, using an early estimate of $1 million for demolition of existing marine and docking components associated with the old ferry terminal; demolition costs were more recently revised to $1.5 million. The committee’s cost model also failed to include dollar amounts for contingency, permitting, and design. That was another $2 million added. 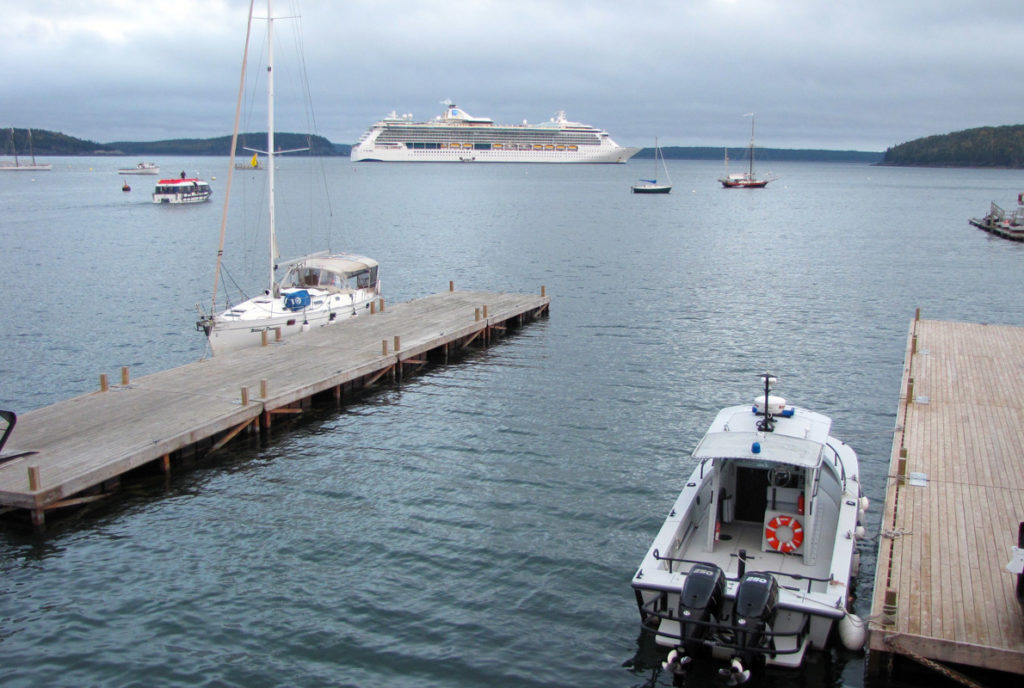 A view from the town landing—and not the former ferry terminal—of a cruise ship off Bar Harbor.