With the election of Gov. Janet Mills in November and the formation of a new administration, the Maine State Ferry Service will revisit the rates and fees it adopted last spring.

The rate structure, known as a “tariff,” adopted last May, slightly raised fares for passage to and from Swan’s Island, North Haven, and Vinalhaven, slightly lowered them for the Frenchboro and Matinicus runs, but significantly raised fares to and from Islesboro. The new tariff also eliminated the long-standing practice of offering cheaper tickets at on-island terminals.

With the 300 percent increase in the rate for a car and driver traveling from Islesboro to Lincolnville, many islanders are rethinking their trips, and use of the ferry has declined. Many islanders are opting instead to use a private water taxi, the Quicksilver.

Bruce Van Note, the newly confirmed commissioner of the Department of Transportation—which oversees the ferry service—indicated in a March 6 letter that a review of the tariff was in order.

“I … decided (DOT) should take a fresh look at the ferry service rates,” he wrote. “I believe this additional analysis is necessary to address a significant projected deficit due to decreased ticket sales and budget increases, to be open and accountable, to avoid potential unexpected ferry customer impacts from proposed legislation … and to allow more back and forth on what fairness means to various parties.”

The letter was addressed to the Ferry Service Advisory Board, a citizen group representing islands served by the ferry, which meets four times a year to offer suggestions to ferry service managers. Van Note plans to attend the March 14 advisory board meeting.

Last year, the town of Islesboro challenged the new rates in court. In the fall, a judge ruled that DOT needed to host a new public hearing on the tariff, since the rates the state ultimately approved were not drafted until after a series of island hearings on another fare structure.

The impetus for the new rates was tied to state law requiring the ferry service to operate with 50 percent of its budget funded from the state highway fund, and 50 percent from fares and fees. The fares and fees portion had not been reaching the 50 percent threshold.

“Our goal through this process will be to develop a revised tariff that will raise the revenue needed, be ‘fair’ in process and result, and keep rates on island Mainers as affordable (as possible),” Van Note wrote.

The commissioner also indicated that a return to the discount for tickets purchased on islands was unlikely.

“It is not a sustainable model,” he wrote, given that many non-islanders purchase a one-way ticket at the higher mainland rate, then subsequently purchase cheaper round-trip tickets on-island. 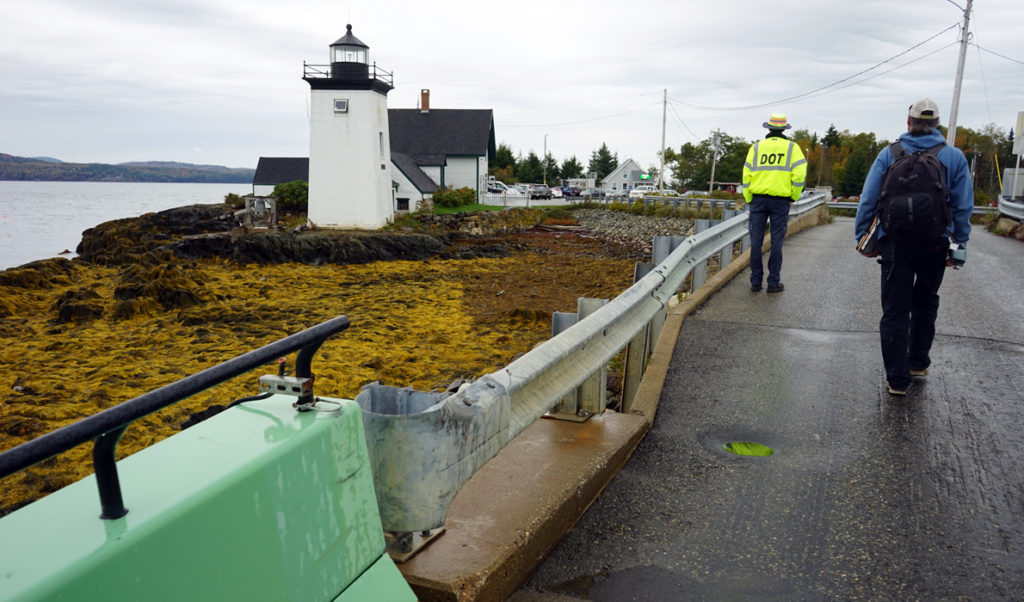 A crew member and passenger walk off the ferry to Islesboro.