ROCKLAND — Ferry captains and crew will no longer be able to carry blood samples to the mainland, a policy change that the director of Swan’s Island’s health clinic says will impact her ability to serve patients.

The new policy was supposed to go into effect April 20, Donna Wiegle, director of Swan’s Island’s Mill Pond Health Center, said. She was notified of the impending change earlier in April, but has since been granted an extension into May.

Wiegle plans to bring up the matter at the May 7 meeting of the Ferry Advisory Board and hopes to dissuade the ferry service from prohibiting the transport of the samples.

Wiegle draws blood once a week from islanders, she explained, often at the request of mainland physicians. The vials are enclosed in plastic bags, which are secured in a small cooler, the kind designed to hold a beverage six-pack. The cooler is then carried to the ferry where a deck hand takes them.

The cooler, she believes, is held in the ferry’s wheelhouse, then given to a waiting courier in Bass Harbor, who carries it to a hospital lab.

“It’s virtually impossible to have accidental exposure [to the blood],” she said.

By ending this arrangement, Wiegle said, she will have to carry the sample herself to the mainland on the ferry and then return, a two-hour trip, or hire someone to do so. The health center runs on a tight budget, she said, and paying herself or someone else to sit on the ferry is not a good use of resources, she believes.

John Anders, manager of the Maine State Ferry Service, explained the decision to discontinue the practice, saying, “It was never a policy” to allow the transport of blood samples.

“I became aware of it a short time ago and wasn’t aware that the crew were taking the care and custody of blood samples,” he said.

The town manager of the island town of Islesboro called the ferry service and asked about transporting blood samples, Anders said, which was when he first learned of the informal practice.

“It appears to be a past practice that was very loosely defined,” he said.

Legal advisors in the Department of Transportation, of which the ferry service is a part, were concerned about the transport of the samples, he said. In addition, “There are a number of our captains who are uncomfortable” with the practice, Anders said.

Wiegle notes that on the Swan’s Island to Bass Harbor run, “there never has been a complaint. It’s not in their job description, of course,” she concedes, “but it seems to have worked.”

“It should be at their discretion,” Wiegle said.

Ending the practice will give the ferry service a black eye, she believes.

Anders said ferry crews need to be focused on ensuring the safe passage of passengers and vehicles.

Rick Dubois, who oversees intermodal transportation for DOT, said ferry crews have not been trained in handling blood samples.

“We understand the need, and have offered free round-trip passage” for Wiegle or a designee carrying the samples, Dubois said.

Wiegle hoped to get an exception for the Swan’s Island-Bass Harbor run, but Dubois said that would not be granted.

“I don’t think it would ease some of the concerns our legal department would have,” he said. “We have to be consistent.” 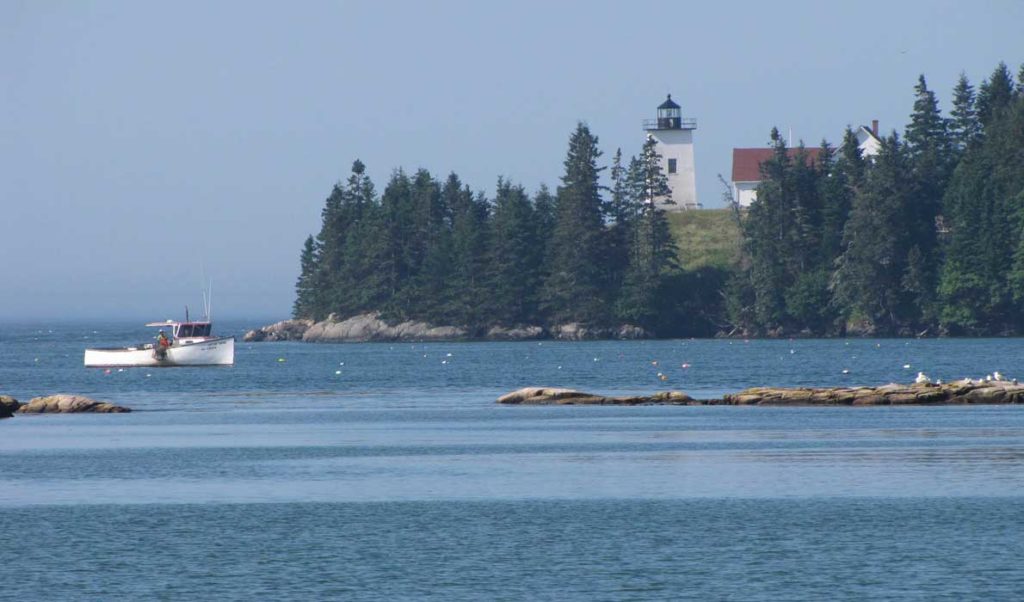