It’s time for ferry rates that work for everyone.

In April 2018, the Maine State Ferry Service more than doubled the ferry rates to Islesboro, devastating not just island residents, but the state as a whole.

Passenger tickets went from $5.50 to $11, vehicle tickets from $13.75 to $30. The result of a contentious debate over how to structure the rates and avoid a looming budget shortfall at the ferry service, the new rates were met with anger and disbelief among many islanders.

In response to public outcry, the ferry service made changes and announced new rates last month. But while the latest rates are an improvement, they still aren’t affordable. From October to May, passenger and vehicle tickets are now $8 and $22, respectively. From June to September, they’re $13 and $29.50. That’s a little lower than they’ve been for the past year and a half, but the fundamental problem—that rates more than doubled, devastating so many people—remains largely unresolved.

The higher rates have made life on the island more difficult. It’s harder for people to access the health care they need and more difficult for island residents and mainland residents to do business with each other, hindering the economies of both. And because the new rates have forced people to take fewer trips, there is even less revenue for the ferry service, compounding the original problem.

At the heart of this issue is the misconception that our islands are somehow separate from the rest of Maine, that what happens on Islesboro doesn’t really affect the mainland; that if life is more difficult on our islands, then that’s just an “island issue.”

Let me be clear: These issues are not “island issues,” they’re “Maine issues.”

But the opposite is also true. When Islesboro succeeds, Waldo County and Maine succeed as well. So we must work together to develop ferry rates that truly address the concerns of island residents and meet the needs of all of us in Waldo County and across Maine.

This summer, I spoke about the ferry rates at a public hearing. As I told those in attendance, I’m deeply frustrated that this happened in the first place, that so many people have been negatively impacted, and that many island residents have been forced to live with these rates, finding ways to travel to the mainland less often. It’s not because they want to boycott the ferry service—it’s because they can’t afford it.

As we move forward, the state Department of Transportation, which manages the ferry service, must do more to give islanders a seat at the table. A lot of residents have put significant time and energy into understanding these rates, but they don’t feel the department has consulted them enough or supplied them with the information they deserve.

The department also must be more transparent about how it determines rates, and a full audit of the ferry service is necessary to determine rates that will work for everyone. I’m honored to represent Waldo County in the Maine Senate, and I will continue to be at the table until this issue is resolved. If you have any questions or concerns, please contact me at (207) 287-1515 or Erin.Herbig@legislature.maine.gov.

Sen. Erin Herbig, D-Belfast, represents the 26 towns of Waldo County. She serves as chairwoman of the Legislature’s Committee on Innovation, Development, Economic Advancement and Business. 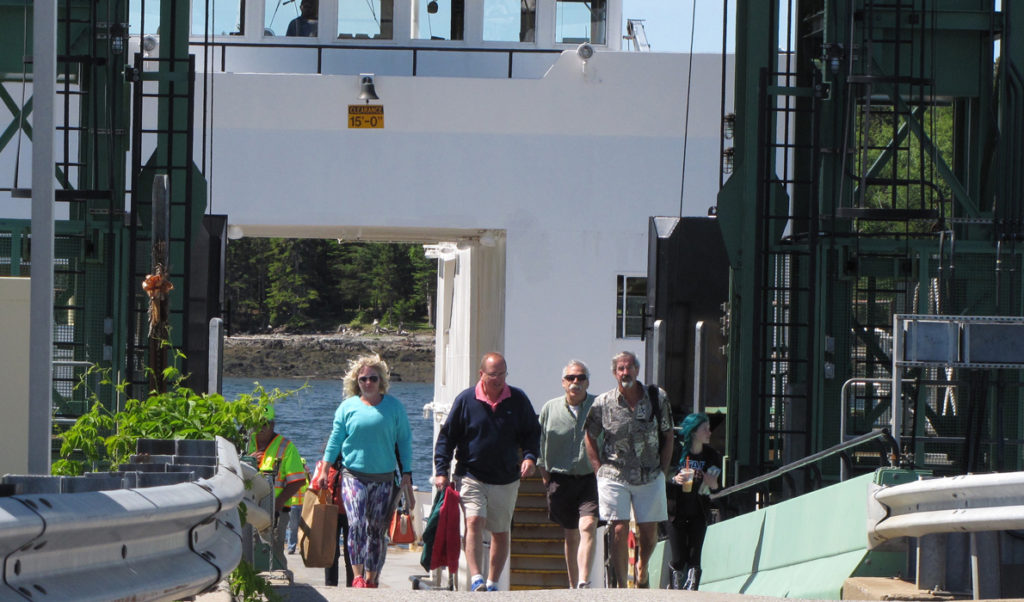