Two of the things I really appreciate about the island this year are the plentitude of apples everywhere and the fact that my own garden still has a few things to offer. My cherry tomatoes are ripening on cue and my larger tomato plants still show some promise. There are plenty of zinnias left to pick, I have just enough basil, and my beans have been happy and productive.

I still don’t seem to be able to grow any of the squashes well, but I’ve found a few friends who do and they were willing to give some away. I’m ready to gather my apple picking supplies, remembering to ask for permission to pick from homeowners if they’re still here.

This has not always been the case. Twenty-three years ago, in October, I spied a bunch of basil plants in the garden near a summer home where I was sure the family had left for the season. I picked most of it and made the loveliest batch of pesto, only to see the whole group arrive a few days later for Columbus Day weekend.

Foraging is part of the autumn routine on the island. I say “the” routine because I don’t think I’m the only one who does it. Our growing season is short and many gardens only reach maturity after their owners have left for the summer. A lot of good vegetables could just go to waste if no one bothers to pick them, but always ask the owner, first. If the owners have left, and you just can’t resist the urge to help yourself, make sure they are not coming back to the island until Thanksgiving and don’t take more than you need.

The new owners of the Islesford Dock Restaurant have maintained the beautiful garden that was previously owned by Dan and Cynthia Lief. The restaurant is still open in September this year, but I recall many past Septembers when Dan and Cynthia generously offered to let people pick cucumbers and tomatoes from their greenhouse. When it came to harvesting other veggies, they preferred to be in the garden with you.

One year they had an amazing crop of Japanese eggplants. The next year there were hardly any at all. In that off-eggplant season, while my friends were away for the weekend, I helped myself to some cherry tomatoes and decided I would make a ratatouille with some eggplant. I only found one that was of useful size, so I picked it.

The next day Cynthia came by our house and was pretty miffed. “I know we invite people to help themselves in our garden, but I had one eggplant that I was trying to keep growing since none of the others did well. Someone actually took it!”

At first I tried to commiserate with a plain face, “Oh, um, that’s too bad.” Cynthia replied, “I know it shouldn’t be a big deal. We tell people to come and pick. I just never thought someone would take the only eggplant. I really wanted it. I was waiting for it to get a little bigger.”

At this point, I could hear the smallish cucumber-sized eggplant screaming my name from inside of refrigerator. I couldn’t keep up the facade.

“I confess! I’m the offender who took your tiny eggplant. I’m so sorry!”

Cynthia started laughing and said she wouldn’t dwell on it. I used the stolen eggplant to garnish a dish of scalloped potatoes that I contributed to dinner at their house the next night. When furtive fall foraging is discussed, we still laugh about it, but I learned my lesson.

The word “forage” is both a transitive and intransitive verb. Used without an object, it means to “wander or go in search of provisions, to seek, to hunt.” Sounds pretty harmless right? Used with an object, it means “to strip of supplies, to pillage, to plunder.” So, I think some forms of fall foraging are OK, but be gentle and never take the last eggplant. 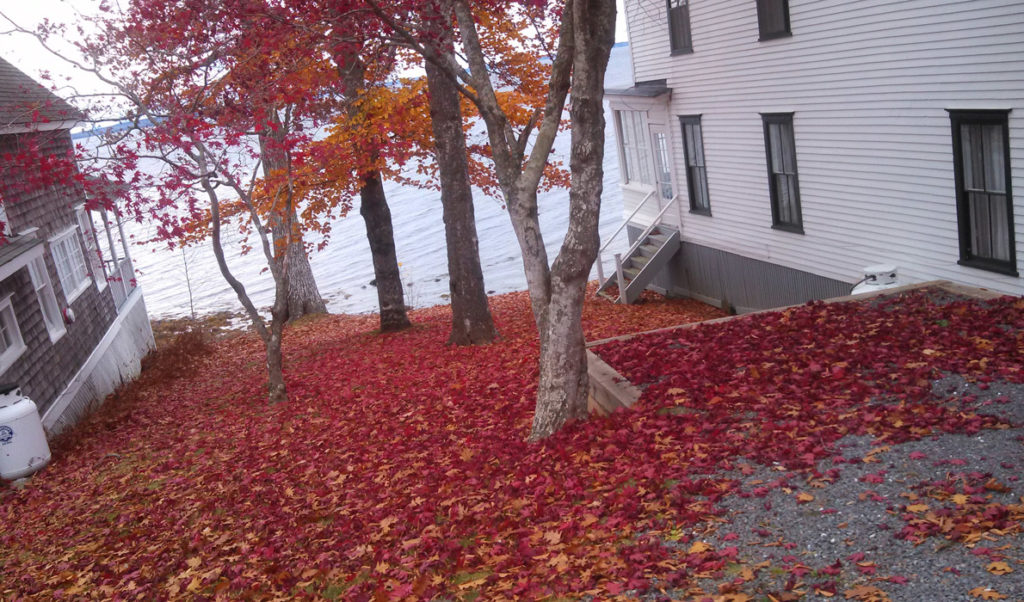