In September, we’ll mark the ten-year anniversary of a frightening moment in our country’s history. Just weeks before the presidential election that saw Barack Obama defeat John McCain, George W. Bush’s treasury secretary reported that the U.S. banking system was on the brink of collapse.

A bail-out was approved by President Bush, regulators scrambled to identify and shore up other vulnerable parts of the economy, and by the time Obama took office, we had slid into the worst recession in 75 years.

The near melt-down crushed Maine’s construction economy, among other sectors. But after a long, slow climb, the state’s and the country’s economies are humming along again.

We’re now seeing evidence of investor and banking activity, and consumer confidence, along the length of our coast. The Portland Press Herald reports that Maine’s hotels and restaurants landed $3.8 billion in revenue last year, a record. And developers, it seems, believe Portland still doesn’t have enough hotel rooms; nearly 300 more rooms will be available, if a couple of projects come to completion.

In Rockland, the buzz around town is about a bid by a waterfront business to reconfigure floats and docks to accommodate more boats, and about a proposal to create a federal anchorage area just inside the breakwater, triggering fears that the downtown will be overrun with passengers from large cruise ships.

And speaking of cruise ships, Bar Harbor faces an important decision on its waterfront; voters will decide in June whether or not to purchase the area where the Nova Scotia ferry used to land. If purchased, it might be used by cruise ship launches, thereby freeing up the town landing. But residents also worry about the site encouraging more ships, and about traffic on Route 3, as the passengers would be shuttled into town.

In Boothbay Harbor, Paul Coulombe—who sold his vodka distillery for millions, then moved to town—has added to his land holdings by buying several hundred feet of shorefront, including an old motel. He’s asking the town to rezone the section of waterfront that includes his property to allow for more diverse uses, but residents worry that will threaten the traditional working waterfront.

In Belfast, a land-based salmon farm is being proposed, with a potential investment of $500 million. A similar project is planned for the former mill site in Bucksport.

In my nearly 35 years in Maine, I’ve seen these waves crash over our coast, then recede. Ideally, our community leaders should anticipate these developments and plan for them, but it’s hard to imagine the future. And that’s the problem with most of these community conundrums—zoning and other local ordinances fail to provide enough leverage to control or modify what’s being proposed.

Who do we want to be? That’s the question communities must answer. There’s little enthusiasm for rigorous planning and zoning during the economic slow-downs, but that’s when it’s best done. When a permitted use is proposed—a new hotel, marina, or fish farm—is not the time for a community to realize it doesn’t want it.

At the same time, we must recognize that we can’t put a lid on an expanding economy. We can’t put gates on Route 1 or blockades on shipping lanes. And we need to remember that economic activity blesses us with jobs and rising wages, with tax revenue for schools and infrastructure, and with a vitality that makes our communities magnets for more people. 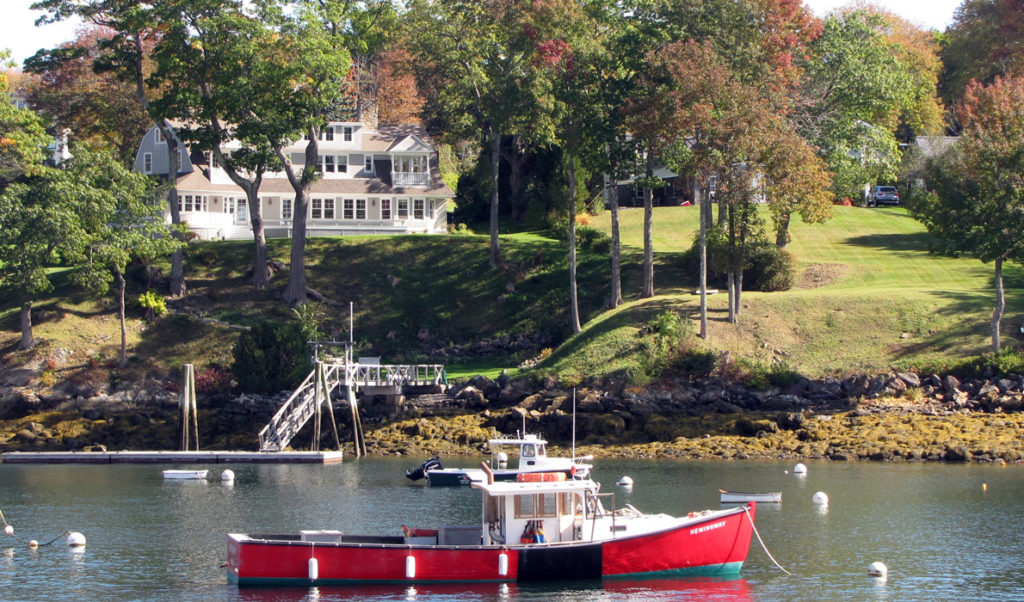