More than 600 stripers traveled up the Saco River and more than 1,300 swam up the Penobscot River beyond Old Town.

Salmon appeared to have had a good year, too: at last count, 807 endangered Atlantic salmon passed through the fishway at the Milford Dam on the Penobscot. The Downeast Salmon Federation counted 1,697 salmon smolts as they made their way down the East Machias River and out to sea. The salmon run, the largest in several years, slowed as the water warmed in late July.

Many smaller estuaries meet the sea in mosaics of salt marsh, dunes, forest, and sandy beach. The Scarborough River at Pine Point, the Ogunquit and Kennebunk rivers, and the Morse River at Popham Beach are examples of rivers that interact and intersect with beaches.

Volunteers measure beach “profiles” monthly, contributing data that can be analyzed to determine changes in beach size and shape over time.

Data for the last seven years shows that some of the worst erosion is occurring at Ferry Beach in Saco, parts of Popham Beach, and Higgins Beach. However, 71 percent of the beaches measured are stable or growing, an improving trend.

Kim Huguenard and Laura Rickard of the University of Maine have started a citizen science project to study how physical characteristics of estuaries may intensify or attenuate the effects of storm surge. They are focusing on the Bass Harbor, Penobscot River, and Bagaduce River estuaries, three systems with varying physical characteristics. According to Rickard, they will establish a network of pressure sensors to measure water levels, which will be maintained by local citizen scientists.

“We’re currently recruiting individuals who are both interested in participating and (ideally) who have access to waterfront infrastructure, such as a dock, on the Penobscot,” said Rickard. “Participants will be required to collect data once a month at their site until March 2018. Each month, they will upload the data to our team’s website, and also fill out some additional questions about their observations at their site.” The project is funded by SEANET, a National Science Foundation EPSCoR project at the University of Maine. See: http://sensingstormsurge.acg.maine.edu/

A wild and scenic river in Southern Maine?

The extensive York River Estuary is one of the Gulf of Maine’s least disturbed marsh-estuarine ecosystems and may be the most ecologically diverse coastal drainage for its size in the Gulf of Maine, according to the Maine Natural Areas Program. Tidal as far as Birch Hill Road and Route 91, the river’s 500 acres of salt marsh are home to 23 species of fish; additional natural features as well as cultural and historic resources make the river eligible to be considered for national “Wild and Scenic” designation.

A committee is working with community members from Eliot, Kittery, South Berwick, and York to develop a watershed management plan and evaluate the suitability of Wild and Scenic designation for the river and its communities.

Check out the new Oyster Trail of Maine

Estuaries, with their protected waters, tidal flows, and brackish waters, are ideal habitat for the American oyster. Oysters historically were present in large quantities in the Damariscotta, Sheepscot, Piscataqua, and other Maine rivers. Today, estuaries provide space for culturing oysters and Maine’s clean, cold waters produce a high quality product that is increasingly in demand.

The Oyster Trail of Maine is designed to help ostreaphiles find Maine oysters, experience the working waterfront of an oyster farm, and learn more about the species and the industry. The trail identifies the names and locations of Maine oyster farms, including those that offer visitor opportunities and direct sales. Oyster tour experiences and restaurants serving Maine oysters are also highlighted. Learn more at oystertrailmaine.org. 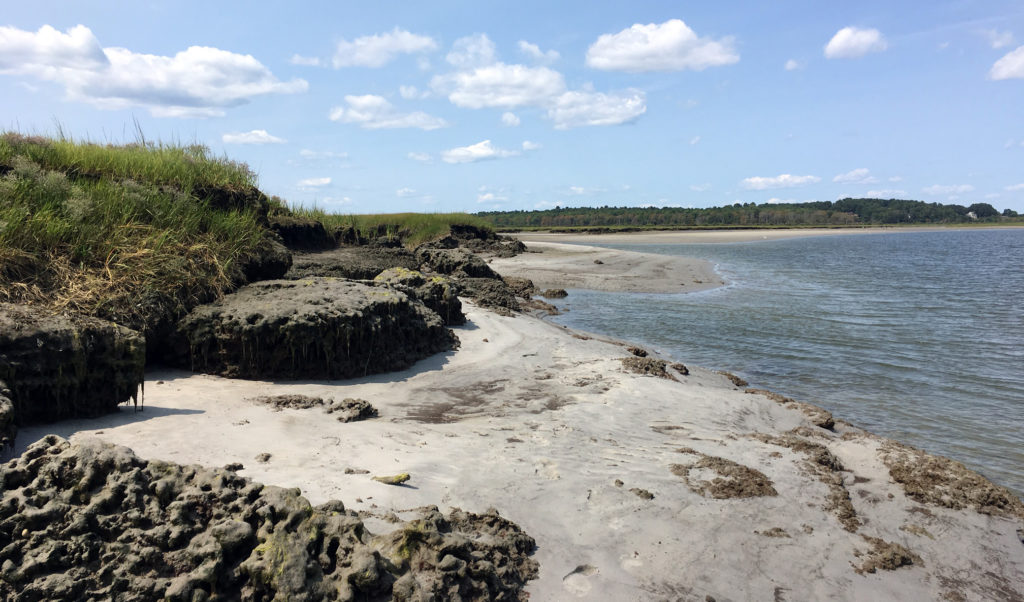 The Nonesuch River in Southern Maine.