Finding fish in the York River

The Wells National Estuarine Research Reserve conducted a survey of fishes in the York River last spring as part of a National Park Service study to determine if the river could be designated a federal Wild and Scenic River. The study, the first in more than 15 years, was intended to monitor migrations of sea-run or diadromous fish, including rainbow smelt, alewife, blueback herring, and sea-run brook trout, according to project coordinator Jake Aman.

“We used a combination of conventional trapping techniques and ‘environmental DNA’ sampling to determine the presence these species in the main river and its tributaries,” he said. Environmental DNA or “e-DNA” techniques use species-specific molecular fragments to detect the presence of a plant or animal without having to directly sample it. Michael Kinnison of the University of Maine provided field and laboratory protocols for the genetic sampling.

“The results were very encouraging,” said Aman, who noted finding more than 1,200 adult rainbow smelt and more than 600 alewives. “It appears that the York River may support the largest spawning run of rainbow smelt between Great Bay and Casco Bay.”

Brook trout, American eel, Atlantic tomcod, and striped bass were also sampled. Preliminary results of the e-DNA sampling identified the presence of rainbow smelt, and were effective in detecting the rise and fall of smelt spawning activity. A larger smelt DNA project is planned for the spring of 2018.

Broadly defined, an estuary is any place where freshwater meets the sea. The Morse River is a small coastal river that flows through several different types of wetlands before joining the ocean at the western end of Popham Beach. These wetlands are the focus of the Phippsburg Land Trust, which has until December 31 to raise the necessary funds to acquire two separate parcels: 27 acres next to the Morse River and another 19.6 acres of freshwater marsh that connects to Spirit Pond.

The cost for purchase, stewardship, and preservation will total about $225,000. The larger parcel, just east of Bates College Shortridge Center, includes 400 feet of frontage along the Morse River. The smaller property, at the intersection of Parker Head Road and Route 209, contains freshwater wetlands connected to the tidal Spirit Pond. In conserving these wetland parcels, the land trust hopes to maintain water quality and protect wildlife habitat.

While the city of Westbrook decides whether or not to sell a public green space next to the river for hotel development, Falmouth has approved 32 condominiums on Blackstrap Road, and West Falmouth continues to debate a zoning change to allow for high-density housing between the Maine Turnpike and Piscataqua Stream, a major tributary of the Presumpscot.

A focus of restoration since at least 2000, the Presumpscot River flows from Sebago Lake and meets Casco Bay just north of Back Cove. In 2014, the Presumpscot River Watershed Coalition completed an initiative, with partners including Casco Bay Estuary Partnership to create a shared vision and priorities for land conservation in the watershed. The highest priority areas for protection were located along streams and wetlands, including areas currently proposed for development.

Planning boards in all three municipalities are trying to reconcile approved zoning policies with resident resistance to high-density housing.

Fish passage restored in the Ducktrap

The Ducktrap River is a tributary of Penobscot Bay. Home to endangered wild Atlantic salmon, alewives, and sea-run brook trout, the Ducktrap has its headwaters in Pitcher and Coleman ponds. Sea-run fish attempting to complete spawning migrations must travel beneath multiple roads to reach this freshwater habitat, and often their route is blocked by undersized and broken culvert pipes at road crossings.

In October, the town of Lincolnville replaced a deteriorated and undersized culvert beneath Slab City Road with an open-bottom culvert, allowing alewives and other fish to pass through to Coleman Pond. The town worked with The Nature Conservancy, the Maine Department of Environmental Protection, the National Oceanic and Atmospheric Administration and Georges River Trout Unlimited.

Catherine Schmitt is communications director of Maine Sea Grant at the University of Maine. 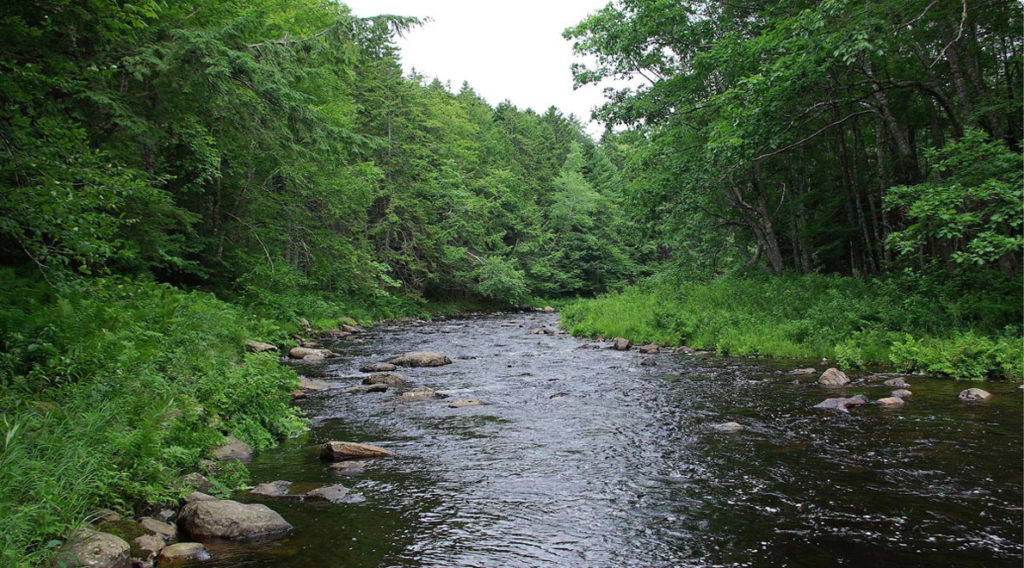