The 2017 Beaches Conference takes place July 14 at Wells High School. In addition to a new location, the biennial event has expanded to include coastal New Hampshire. The program for the day is packed full of presentations, workshops, field trips, demonstrations, and exhibits, all opportunities for people interested in beaches and the coast to learn and share the most current information.

This year’s event opens with a “lightning round” of coastal issues that people are talking about, from an overview of erosion threats and ancient coastal shell middens, to beach water quality, public access to the shore, federal flood zone mapping, regional preparedness analysis by the U.S. Department of Homeland Security, and the impact of federal budget proposals on beaches.

Portland is among the fastest-growing cities in New England. Fearing the kind of algae-spurring nutrient overloading that comes from urban development and sprawl, the Casco Baykeeper, Portland Water District, and Maine Department of Environmental protection have taken a proactive step to reduce nitrogen in wastewater from the city’s East End treatment plant.

With a $12 million upgrade to the facility, the Portland Water District has agreed to reduce nitrogen in wastewater by 20-40 percent within five years. According to Friends of Casco Bay, this effort may prevent 500 to 1,000 pounds of nitrogen from getting into Casco Bay each day.

Meanwhile, University of Maine graduate student Whitney Gilbert has set up monitoring stations on the Royal and Presumpscot rivers as part of a project to expand water quality sampling to identify sources of nitrogen to Casco Bay and their influences on overall nutrient dynamics. The effort is supported by University of Maine/National Science Foundation’s EPSCoR Sustainable Ecological Aquaculture Network (SEANET), Maine Sea Grant, and the U.S. Environmental Protection Agency.

Cleaning up clam flats in the Medomak River

The upper tidal portion of the Medomak River has experienced chronic bacterial pollution from diffuse sources that led to clam flats being closed in the Medomak River below head of tide, which Glen Melvin, co-chair of the town shellfish committee, calls “Waldoboro’s largest employer and Maine’s No. 1 clam producing river.”

Landings in 2014 and 2015 exceeded $2 million in value. Downstream, more of the flats are closed for days when more than an inch of rain falls in 24 hours. Last month, the Department of Marine Resources lifted this conditional rainfall closure requirement for 300 acres, the result of water quality monitoring and cleaning up of pollution. Water quality sampling is being expanded further this summer to narrow down the list of potential pollution sources and study tidal currents in the river.

Improving fish passage in the Bagaduce

The town of Penobscot is committed to improving fish passage in the Bagaduce River, which drains to east Penobscot Bay. Currently Walker Pond, at the headwaters, has a healthy run of alewives. New river-herring fishways are planned for Pierce Pond and Wight’s Pond; more than 40,000 alewives returned to Wight’s this season.

The town has replaced several culverts with larger, stronger road crossing structures that allow fish to pass without obstruction. The town has provided municipal funds to the project and is working with Maine Coast Heritage Trust to find additional support to complete both projects this year.

Ocean Renewable Power Company (ORPC) has indicated to the Federal Energy Regulatory Commission that it will not seek a commercial license for tidal generation in Cobscook Bay. But research and development of tidal power technology will continue in the bay, which has become an internationally known site for understanding environmental interactions with tidal power generation devices.

“The Cobscook Bay site is an excellent testing area and we intend to use it to benefit (the company) and our host communities as much as possible for the remainder of our pilot license which expires in 2022.” The company’s new, “next generation” system will be built, installed, operated, and evaluated at the Cobscook Bay site, and then moved to Western Passage for testing. Western Passage will continue to serve as the priority test site into the future.

“We will continue to employ local contractors and services providers to help ensure project success,” Ferland said. “ORPC will continue its industry-leading environmental monitoring efforts in collaboration with state and federal regulators that to date have shown no adverse effects on the marine environment.” 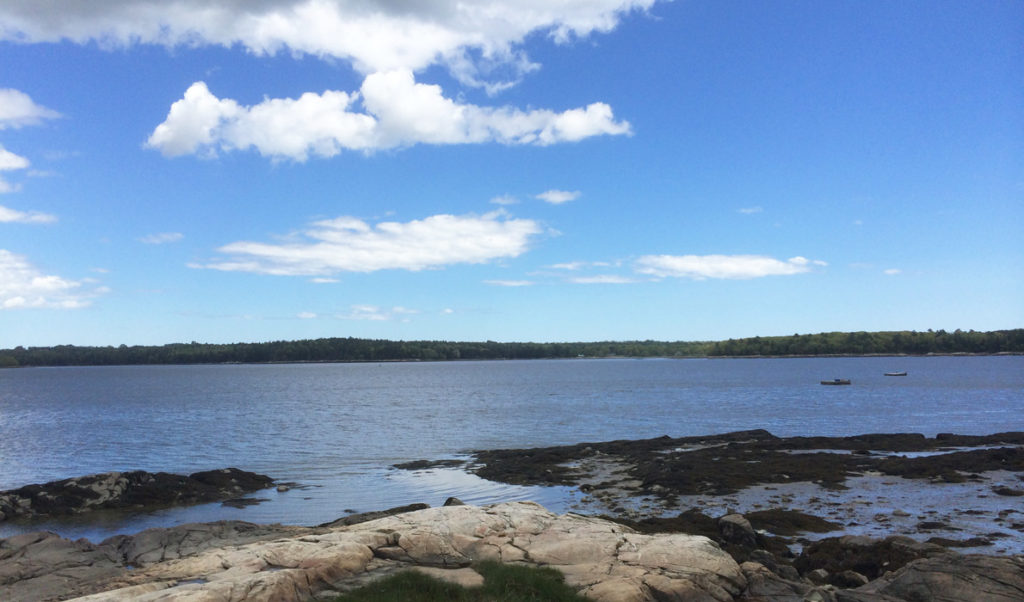 The upper tidal reaches of the Medomak River have been cleaned.