Millions of barrels of oil flow through the pipeline that runs from South Portland to refineries in Montreal. While this is less oil than in the past (because of the supply coming from the Alberta tar sands), it is still enough to pose a threat to marine life.

Ever wary of the potential for an oil spill, Friends of Casco Bay organized a training for volunteer responders in May, and on June 7, more than 150 participants from the U.S. Coast Guard, federal, state and local agencies, oil industry, and others practiced responding to a mock oil spill on the Fore River, near the Sprague Energy South Portland Terminal. Although no oil actually flowed into the water, the participants viewed computer simulations, flew drones to gather data, put out booms, and worked collaboratively to protect public health and marine resources while “cleaning up” the mock oil.

Scientists find fish in the Penobscot

Researchers with the National Marine Fisheries Service are using hydro-acoustic technology to quantify the distribution of fish in the Penobscot River estuary. In a paper published in the Transactions of the American Fisheries Society, Michael O’Malley, Rory Saunders, Justin Stevens, J. Michael Jech, and Tim Sheehan describe a device known as an “echo sounder” that sends a sound wave into the water. Biomass reflects the sound, which the scientists interpret based on the unique frequency echoed by fish in the water.

They have been able to measure fish density over the spring, summer, and fall, with the highest concentrations of fish seen in July, when they could detect dense schools of fish in the higher-salinity areas of the lower estuary. The work is part of long-term monitoring of the Penobscot River system’s response to dam removal.

“This paper is really about our methods,” said Rory Saunders. “Our next steps are to explore species composition and biomass by integrating the hydro-acoustic data with some concurrent trawl data. That work is being led by Justin Stevens as he pursues his master’s degree at the University of Maine’s School of Marine Science under Damian Brady. Very exciting stuff.”

Oyster aquaculture is becoming very popular among enterpreneurs and fishermen looking for a way to diversify their income and remain working on the water. Those looking to secure a lease permit from the state must first identify a site with good growing conditions: temperature, salinity, flow, nutrients.

Recent advances are helping potential sea farmers go beyond trial and error to find suitable locations. Researchers at the University of Maine have identified one such advance: the Landsat 8 satellite, launched by NASA and US Geological Survey in 2013, provides high-resolution data on ocean color, which can be translated into temperature, turbidity, and chlorophyll.

Chlorophyll indicates the concentration of photosynthetic phytoplankton (mostly algae) in the water. Oysters feed by filtering these phytoplankton; in this way they help to keep water clean and also grow quickly, reaching market size in two to three years. Graduate student Jordan Bailey and her fellow investigators were able to validate the satellite data with real-time measurements from the Damariscotta River and create an Oyster Suitability Index for the entire coast. The monthly maps confirm that not only is the Damariscotta a good place to grow oysters, but other areas show similar promise. https://umaine.edu/coastalsat/oyster-suitability-index/

It appears to be a good year for estuary wildlife.

More than six million alewives and blueback herring returned to Maine’s rivers this spring, according to preliminary data from the Maine Department of Marine Resources. More than 3.5 million fish were counted at the Benton Dam on the Kennebec; more than a million returned to the Penobscot.

Even salmon, an endangered species, appear to be stronger than last year. Salmon numbers in the Penobscot have already surpassed the total adult returns of 2016, with more than 500 Atlantic salmon individuals counted to date. Shad runs are big on the Penobscot, as well as the Saco, and striped bass are making an appearance on the ends of fishing rods coast-wide.

Things are not so good on the Union River, where the Downeast Salmon Federation continues to document dead river herring that appear to be injured trying to pass the dam at Leonard Lake. The state is working with dam owner Brookfield Renewables to remedy the situation.

Catherine Schmitt is communications director at Maine Sea Grant. Her latest book is The President’s Salmon. 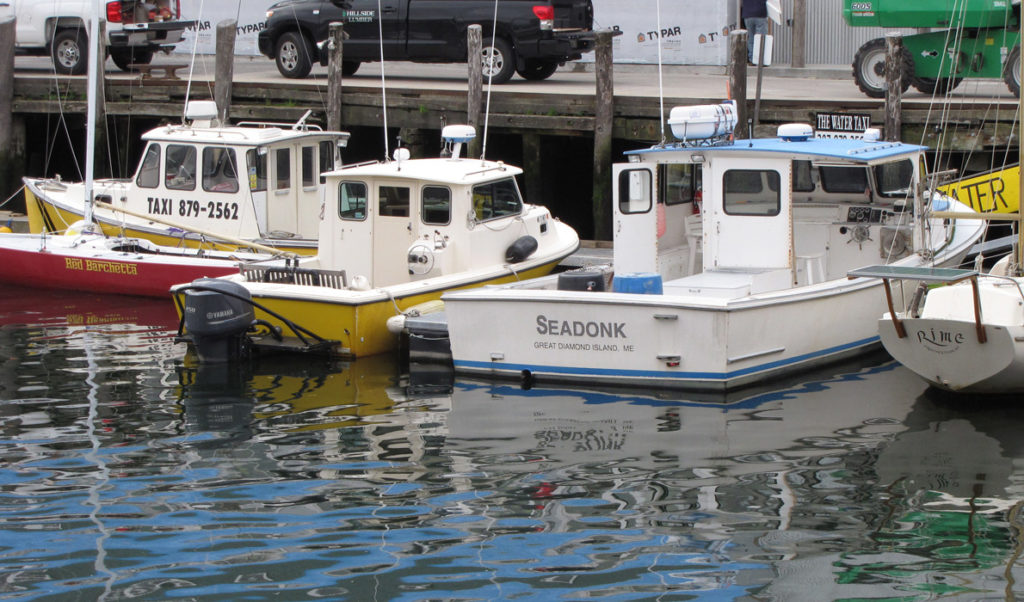