Scientists working for the Marine & Environmental Research Institute have been studying plastic pollution since 2012, and this work was continued by two interns who presented their findings in December. Widespread throughout the world’s oceans, “microplastics” are microscopic (smaller than five millimeters) particles from multiple sources including treated and untreated wastewater and the breakdown of plastic debris. Marine bivalves and fish mistake the tiny fragments of plastic for their food and ingest them, although the effects on organisms or humans are largely unknown.

James Chlor, a graduate of the University of California-Davis, sampled more than 180 sites across Blue Hill Bay to assess distribution, and found an average of 40 pieces per gallon, which roughly equates to more than one billion particles of plastic in the bay. Most were fibers (from synthetic fabrics).

Margaret Stack, a student at Boston College, conducted experiments to evaluate consumption of plastic by shellfish, and found that blue mussels can ingest large quantities of microplastics in just a few minutes, but that excreting them takes hours or days. The tiniest particles can migrate from the digestive tract into other organs where there is no natural process to excrete them.

“This means that coastal mussels could be accumulating substantial amounts of microplastics in their tissue, and transferring those plastics to organisms that consume them,” said Institute research coordinator Madelyn Woods. “We will continue to investigate microplastics in the marine environment and food web into the 2018 season,” said Woods.

In early January, the Downeast Salmon Federation filed a petition signed by some 471 individuals with the Federal Energy Regulatory Commission (FERC) expressing concerns about the relicensing of Union River dams (FERC Project P-2727). The petition demanded that any reissued license to Brookfield Power for the operation of the dams at Graham Lake and Leonard Lake meet Clean Water Act standards, require upstream and downstream fish passage with a 95 percent success rate for all native fish species, and stabilize water levels at Graham Lake (which vary by some 11 feet and at high levels cause erosion and other negative effects on shorefront property).

Craig Schoppe, a property owner on Graham Lake, expressed concern to FERC “about the welfare of every aspect of the Union River watershed. I have lost acres of property to erosion that threatens flora and fauna in and around the lake.”

FERC has yet to set a date for announcing a decision on a new license, but has allowed Brookfield to continue to operate the dams in the meantime.

The Midcoast Conservancy has secured the protection of 950 acres of land at the Hidden Valley Nature Center in Jefferson, part of one of the largest remaining undeveloped blocks of land in the Midcoast region, which includes a variety of wetlands and part of the shorelines of Little Dyer Pond and Stearns Brook. The $1.2 million purchase was made possible by a grant of $400,000 from the U.S. Department of Agriculture, Forest Service; contributions from the Elmina B. Sewall Foundation and Jane’s Trust; and numerous private donors, including all of Midcoast Conservancy’s board members.

Scientists studying endangered Atlantic salmon and their ecosystems shared their latest research at a biennial forum hosted by NOAA Fisheries in January. Many presented on the challenges salmon face in the marine environment, where most of salmon mortality is occurring.

Salmon smolts, the young salmon that leave rivers for the sea, are departing one to two weeks earlier and shifting their ocean migration farther north. And those that spend two years at sea before returning home are faring worse, due in part to warming sea surface temperatures and related food web changes in their summer feeding areas in the Labrador Sea, according to several presenters.

For scientists and managers, this suggests a strategy of ensuring as many young salmon as possible leave rivers in the spring, primarily through protection and restoration of headwater streams and migration routes. In the Penobscot River, changes in dam operations have significantly improved smolt survival and work to replace broken culverts and re-connect streams is accelerating. In Downeast Maine, Project SHARE and other organizations and volunteers have reconnected nearly all of the ​ tributaries within focal areas of the Machias, East Machias, and Narraguagus river watersheds.

Catherine Schmitt is the communications director of Maine Sea Grant. 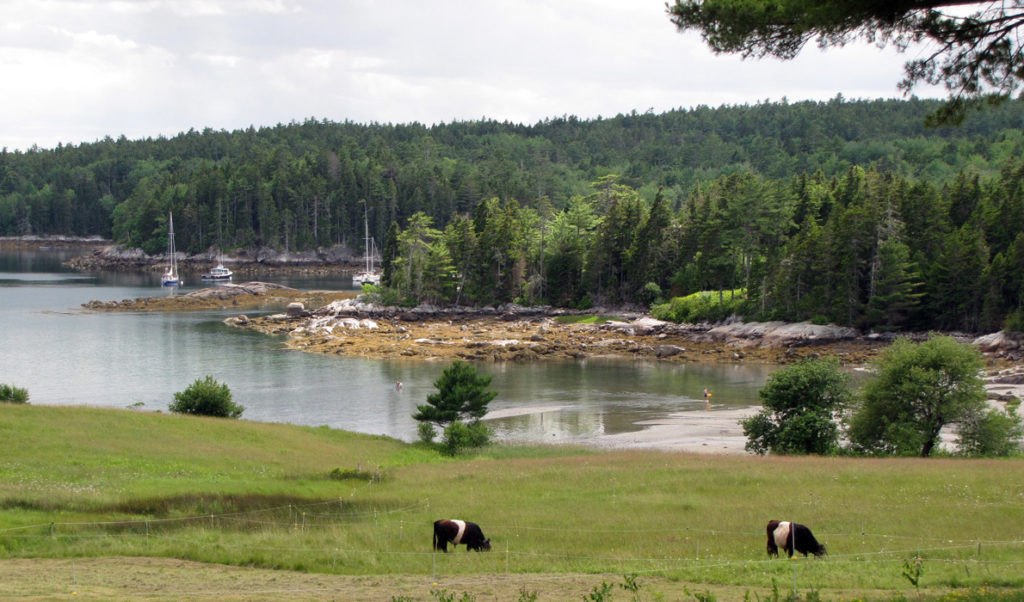