In June, a battery of highly paid lawyers sat at a table in federal court in Bangor, the company they represent on the hook for dumping mercury in the lower Penobscot River decades earlier. It was easy to imagine them being anxious as they listened to an opposing lawyer explain how that pollution remains an environmental disaster.

Also anxious, no doubt, were lobster industry boosters as they saw that attorney quoted in news reports warning of the risk mercury posed to those who eat lobster contaminated by the metal.

A month later, a handful of state legislators representing towns along Penobscot Bay gathered in Belfast to argue for an in-depth study of the impacts of dumping more than 900,000-cubic-yards of dredge “spoils” from Searsport off Islesboro. Their chief concern was the lobster fishery.

Given the crash in lobster boat price three summers ago and the record volume of catch last summer, there is a sense of fragility and unpredictability in the industry. The environment is another wild card.

Since lobsters live among the rocks and muck of the bottom, often feeding on dead organisms, they are on the front lines of water pollution.

That rocky, mucky bottom is a world away from the formality of the Bangor federal court, but decisions made in that courtroom—and in the Washington D.C. offices of the U.S. Army Corps of Engineers, which is proposing to dredge Searsport Harbor—will impact both the health of the lobster and, just as important, the way the critter is perceived in the marketplace.

Those who care about the lobster industry heard plenty of cringe-worthy quotes from the attorney representing the Natural Resources Defense Council and the Maine People’s Alliance against the polluter, Mallinckrodt, in federal court.

“The upper estuary is severely contaminated with mercury,” said attorney Mitchell Bernard, and is “spreading to the heart of the lobster fishery.”

More: “The evidence demonstrates an unacceptable risk to human health,” Bernard told the court, and mercury, the most toxic substance on the periodic table, “lasts forever.”

And more: “These are permanent, serious ecological and health issues.”

Some context is needed. The seven square mile area where lobster and crab have been found to contain mercury has been permanently closed to fishing. And given mercury’s weight, it is unlikely to move much farther south from the river to Penobscot Bay.

And, of course, the attorney’s job is to paint as bleak a picture as possible, as he argued for the court to order the polluter to pay for a clean up.

Justice John Woodcock ultimately decided to form a panel of engineers and scientists to find “cost-effective and scientifically effective” ways of removing the mercury.

Meanwhile, the future of that rocky, mucky bottom in another part of Penobscot Bay is at stake. Five state legislators and a selectman from Islesboro held a press conference in early July to argue for a proactively protective approach to the proposed dredging of Searsport Harbor. The mercury pollution in the mouth of the river and upper bay were cited as a cautionary tale.

And those state and local officials are right to urge caution. The berth areas at Mack Point in Searsport have seen ships unloading all sorts of petroleum products for over a century, and over those years, some has ended up on the bottom.

The legislators—Pinny Beebe-Center of Rockland, Jeffrey Evangelos of Friendship, Erin Herbig of Belfast, Chuck Kruger of Thomaston and Dave Miramant of Camden—along with Islesboro selectman Arch Gillies, want the Army Corps to complete an environmental impact study before dredging and dumping.

Kruger supports a smaller maintenance dredge of the harbor, but said the impact of dumping the spoils from the much larger dredge, as proposed, was cause for concern.

“We need to know what we’re doing before we do it,” he said.

The needs of the multi-billion-dollar shipping business must be considered, but studying first, rather than trying to figure out how to clean up a mess later, is an obvious lesson from the mercury pollution. 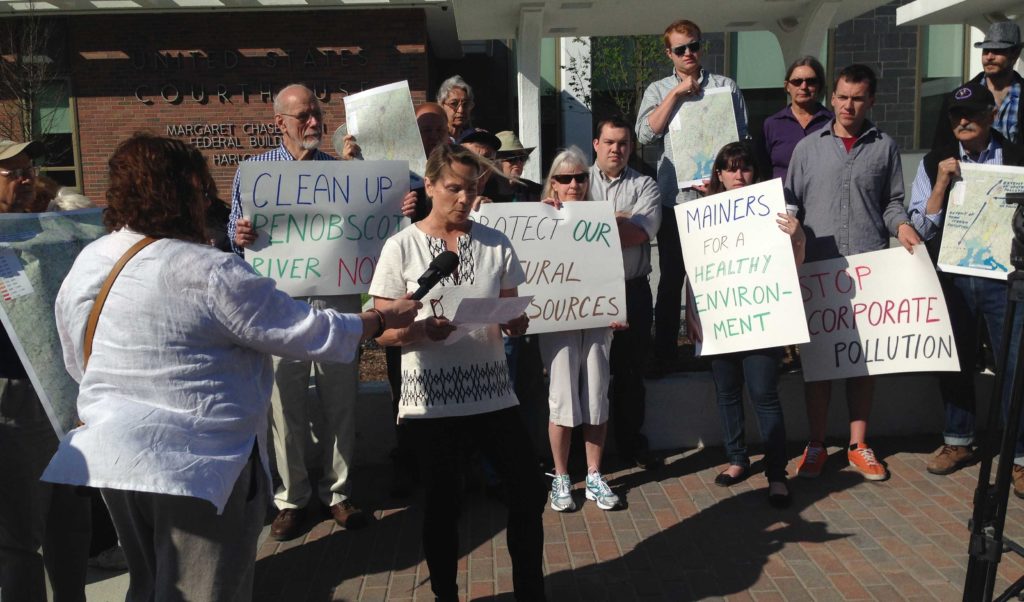