Drugstores are already sporting Christmas goods as I write this—or so I hear—but I’m still reeling from North Haven Halloween. There’s something about a holiday that gives us islanders an excuse to dress up that really brings the masses, and this year was perhaps the apex of the North Haven Halloweens I’ve experienced.

It started on All Hallow’s Eve-Eve, Friday the 30th. The North Haven Rec Council, which has experienced a rejuvenation in the past year, put on a haunted barn up at the Turner Farm. Tom and Chris Emerson, former island residents, fabulous artists and holiday aficionados, turned the space once deemed too nice for animals into a horror show that left kids crying (you know, in a good way). Dressed as witches, mad scientists and living dolls, community members created a piece of living, explorable art.

For something a little less spooky, islanders then headed to Calderwood Hall for pizza, and at 8:30 p.m. DJ Katnip (who is also a mom, yoga instructor, member of the board of selectmen and the Waterman’s board) hit the decks in a pink ensemble. At nine my husband and I, plus two of the three Toughcats and my dad on keyboards, played a set as New Wave icons Blondie. Meanwhile, the floor was packed with everyone from teachers to farmers to fishermen dressed in elaborate costumes. We had turkeys, slices of pizza, characters from films, variously unflattering depictions of law enforcement personnel, and a highly detailed Cat in the Hat, accompanied by Thing 1 and Thing 2, who won the costume contest. After our set, DJ Katnip resumed her position, now dressed in an incredible leotard, and we danced ’til the wee-ish hour of 11 p.m.

On Halloween proper, Waterman’s hosted a party for the eight-and-under set with games and a parade. My own offspring attended, dressed as a tiger, and there we learned that masks are a little too much for her right now. There was a Trunk or Treat, sponsored by the church, and we were amazed at the highly decorated and themed cars parked on the ball field. Trick or treaters still visited houses, too, and we remain one of the last places in America where a child can receive a homemade baked good without fear.

Later that night, the treats having been acquired and largely consumed, the tricks came out. Pumpkins were smashed, picnic tables made an impossibly tall pyramid blocking Main Street, and toilet paper festooned trees from the ferry landing all the way up to the school.

Just as the haunted barn, dance, party and Trunk or Treat brought the best out in our community, this traditional but annoying petty vandalism did too. Our student council, unprompted by adults, organized the high school students and staff to do some clean up. We composted the toilet paper collected from the school grounds, and groups went downtown later in the day to finish.

And while I don’t love the fact that a responsible few took care of others’ messes —a theme often repeated on the island, in our Coastal Cleanup and Island Cleanup—I do love the ownership it indicates our kids feeling for their island.

Everything on the island is exactly what we make it. Halloween is eagerly anticipated each year because there are organizations working hard to create shared experiences, people putting in the time and effort to decorate houses and cars and to make or find costumes, and elaborate, sometimes disruptive pranks, all in keeping with the holiday. People show up and join the fun, rewarding the efforts of the Rec Council, Waterman’s, the church and Calderwood Hall. They join together to tidy up afterwards.

And then, we settle in together for the long, dark winter.

Courtney Naliboff is a teacher, musician, writer and mother who lives on North Haven. 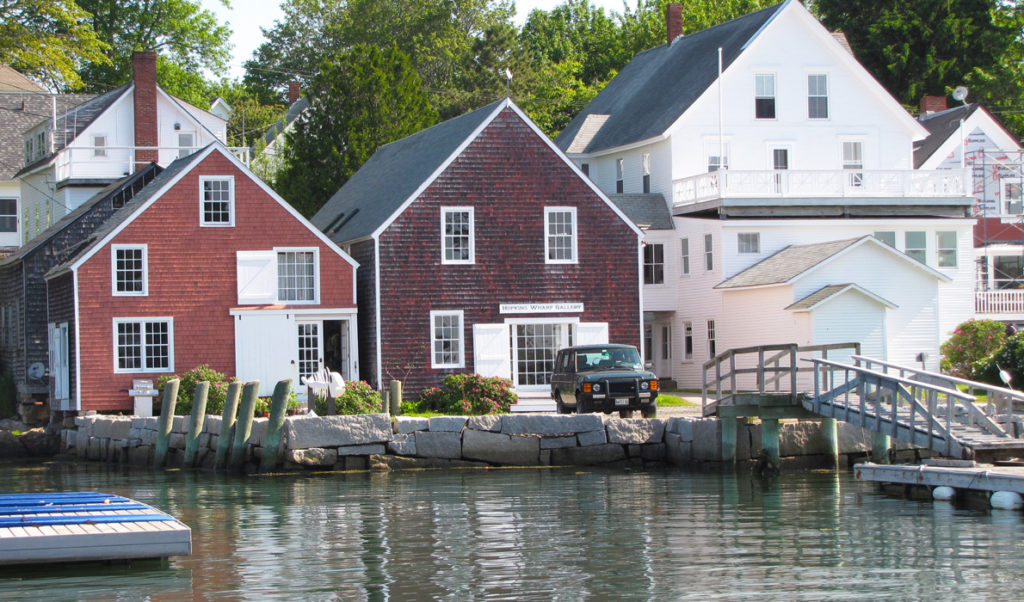