The Harbor Watch Inn on Swan’s Island has partnered with Tesla Motors and installed a charging station for electric cars.

Tesla offers such hardware to encourage those in the hospitality industry to adopt this emerging technology. Colleen Hyland, the inn’s owner, wanted to offer charging service for guests who own electric vehicles. The Tesla wall connector was provided, as well as a 240-volt universal charging station for other makes of electric vehicles.

In the summer, the island’s year-round population of about 330 people swells to over 1,000 and that’s when Hyland hopes to see electric vehicle owners staying at her inn.

“I like the fact that electric cars use no gasoline, produce zero emissions, and make very little noise,” Hyland said. “This was my way of making a difference, by supporting an environmentally friendly technology.”

The Tesla Model S 90D has a range of 286 miles, almost three times greater than almost every other EV on the market today, the company notes.

“The 84-mile range of my 2015 Nissan Leaf is no problem for me,” says Janice Kenyon of Southwest Harbor.

“I do 90 percent of my driving within 20 miles of my house. When I come home, I plug in the car and it’s ready to go the next day.” 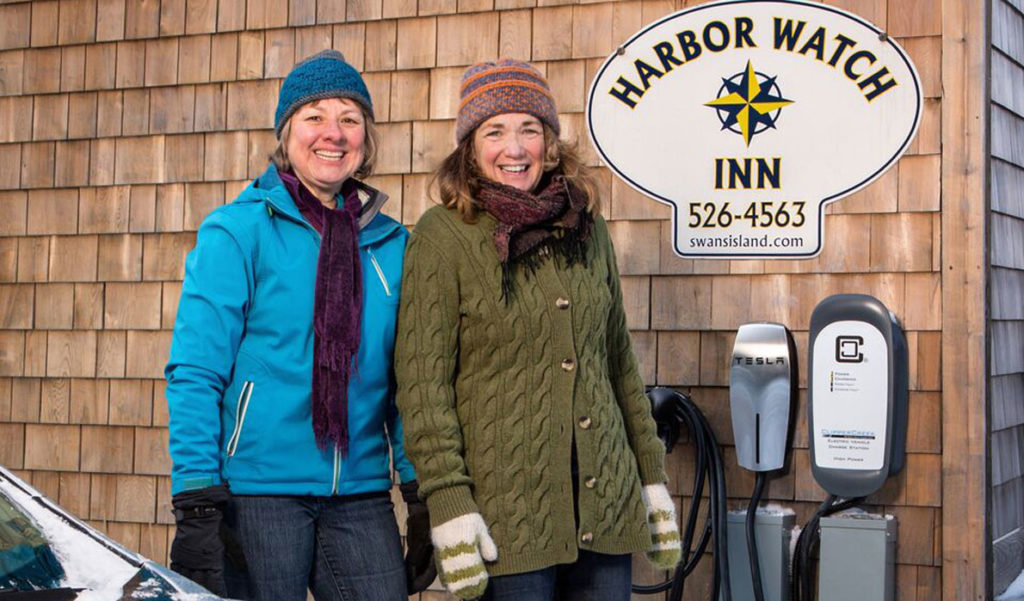