Japan has a complicated relationship with the atomic world. During a trip there in January, I asked many people to reflect on the Fukushima nuclear disaster—what the Japanese refer to as 3/11. The reaction to the event that surfaced most frequently was that, of all the failures associated with Fukushima, it was the educational system that failed first and foremost.

The string of bad decisions and general human error on that day and in the weeks that followed could be tied back to an educational system that placed too much emphasis on rote memorization, specialization and information acquisition over true understanding. The managers of the power plant itself and those involved with the response to the disaster may have been best-in-class in terms of specific categories of knowledge, like nuclear physics.

But the sense I got was they lacked the ability to lead multi-disciplinary groups, lacked the power to innovate and think creatively, and lacked the ability to absorb large quantities of information, data and ideas and respond to them with an appropriate degree of experimentation and adaptive management. Those high-consequence shortfalls inspired the government’s interest in educational reform. That interest led them to the College of the Atlantic and was what brought me to Japan.

Specifically, I visited Osakikamijima Island in the Seto Inland Sea of Japan. Osakikamijima is about a third the size of Mount Desert Island and home to 8,000 year-round residents. Some absurdly high percentage of the populace is over 65, and most young people leave the island for the cities after high school. People make a living primarily from the ship building industry, by growing citrus and by cultivating blueberry (high bush, not low bus—but just one of many Maine connections).

Together with a group of Japanese colleagues, we were exploring the possibility of bringing a new “industry” to the island: education. An educational institution on Osakikamijima based on the College of the Atlantic model could become the sharp edge of the wedge for educational reform in Japan and also a lifeline for a much-needed economic and intellectual renaissance on the island.

My trip to Japan was short. I barely settled into the extreme time change before I had to come back. But it’s likely to be the first of many trips. This summer, COA faculty members Ken Hill and Jay Friedlander, a group of six COA students and a cohort of Japanese students will meet on Osakikamijima for a pilot program we are calling HELIO—the Osakikamijima Human Ecology Lab and Island Odyssey. Over the course of ten days, that group will work collaboratively with the municipal government to construct an initial concept for what a COA-inspired college on Osakikamijima might look like. I can’t imagine a more exciting opportunity for students than to actually put down some of the intellectual cornerstones on a new college modeled on COA.

It would be hard to find a better model. When COA was founded back in 1969, founding trustee Les Brewer felt a college could be a powerful force for reviving the year-round community on MDI. His friend and co-conspirator Father Jim Gower had buried too many young boys killed in Vietnam and felt the ecological and social fabric of society was unraveling with every passing day. The COA curriculum would evolve in response to those two goals.

COA as an institution and the countless alumni who would stay on MDI would be the engine for local revitalization. Human ecology, COA’s sole major, and our focus on project-oriented, interdisciplinary and self-directed learning would drive the restoration of global ecological integrity.

Clearly, that latter goal is an ambitious one that hasn’t been realized. It’s going to take many COAs to do that, not just in the Atlantic, but also in the Pacific. I cannot imagine a better place to do that than on Osakikamijima.

Darron Collins is president of College of the Atlantic in Bar Harbor. Follow his blog at: http://coadejavu.com/author/coadarroncollins/ 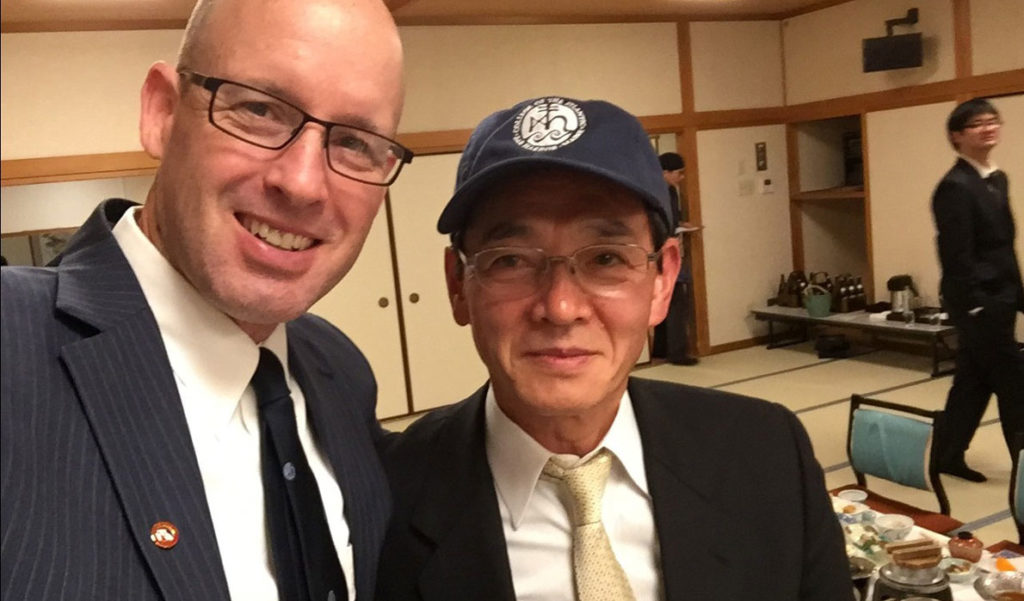