Danish chef Mads Refslund has just written a book called Scraps, Wilt, and Weeds: Turning Wasted Food into Plenty. This is just the most recent evidence of a recent phenomenon of people trying to figure out what to do with food that normally is dumped into the garbage can. Old coffee grounds, carrot tops, and squeezed lemon skins can all have a useful life before you toss them out. Apparently coffee grounds can be re-soaked to flavor ices; carrot tops can be pureed into a kind of pesto; lemon skins are good as preserved lemon.

Refslund also explores what sell-by, use-by, best-by dates really mean when they are stamped all over the products we buy—a very good thing, because this dating has wasted enormous amounts of useable food. Some consumers are nervous about keeping something a month or two beyond recommendations, and end up suspicious about food that doesn’t have a date on it. Like an egg.

I am a firmly frugal individual. Not much useful food is tossed out in this household, partly because growing as much of it as I do, I am all too aware of the effort it takes to plant, tend, harvest then convert into supper anything I grow. Potato skins? We wash the potatoes and eat them skin and all. Onion roots? Carrot and celery ends and tops, wilted bits? Into vegetable stock. Stick them in a plastic bag in the freezer until you have a quorum, then simmer with a bayleaf, strain and voila.

Leftovers? You’d be surprised what can be absorbed into soup to very good effect. Or add to pasta, potato, or even a green salad all kinds of miscellaneous cooked vegetables like peas, green beans, steamed broccoli and corn.

I crumble leftover meatloaf into spaghetti sauce or chili. In the fruit department, yogurt becomes the kitchen sink into which bits and pieces, even the dregs of a jam jar, can be whirled and consumed as a smoothie.

History turns up a fair number of handy ideas for items bound for garbage. For years now, following the directions from an 1833 cookbook, I have tossed squeezed lemon peels into a jar of brandy where they soaked their flavor away. Strain the fruit from brandy and you have something akin to lemon extract. Add a bit of simple syrup to taste, and drink it as lemon cordial.

In the past, people were very good at preserving food without electricity and knew how to bring something back from the brink of spoilage. For example, a chunk of beef that you thought you were going to use sooner than later, ends up needed later; if you worry that it will spoil, rubbing it over with kosher salt on both sides will hold it for a few days more. People in the past put that meat down cellar; you’d probably use your fridge.

Earlier cooks were nonplussed at a little whiff of off-ish-ness. In fact, they regarded some food, like wildfowl, improved by the experience of being hung a few days. They routinely bathed meat in vinegar and water until it was squeaky clean again. I’ll admit to doing that. I certainly lived to tell about it, but I also have a pretty robust immune system.

Now I am not a big-city restaurant chef so I don’t have to worry about the profitability of a case of carrots with green tops. I don’t happen to like carrot-top pesto, and I don’t have to make it to add a few more cents to the bottom line, or to shave it off the cost of disposal. If we don’t eat it, we compost it or feed it to the chickens.

I feel sorry for city people who don’t have chickens or compost piles. We on islands are lucky to be able to build these fragrant items in our backyards where sea breezes can disperse any unfortunate consequences. A well-built compost pile, however, shouldn’t be smelly.

On Islesboro, compost doesn’t attract raccoons, bears, or varmints because our varmints were all dispatched decades ago. (We have no skunks, porcupines, opossum, raccoons, or gray squirrels, and I bet that is true on other unbridged islands.) Seagulls used to visit here, but I haven’t seen one in a long time—not a good sign, I fear.

Crows might raid the pile along with our chickens and Kate’s corgi if we forget to close the gate. So instead of carrot tops in pesto, I eat them in the form of eggs. Otherwise, microbes get our unusable fare, and it all gets cycled through next year’s carrots, tomatoes, and corn and back onto the dinner table.

I won’t need Chef Refslund’s book and I’ll bet lots of sensible and frugal fellow islanders won’t either. Maybe we ought to put together a cookbook.

Sandy Oliver is a food historian who gardens, cooks, composts and writes on Islesboro. 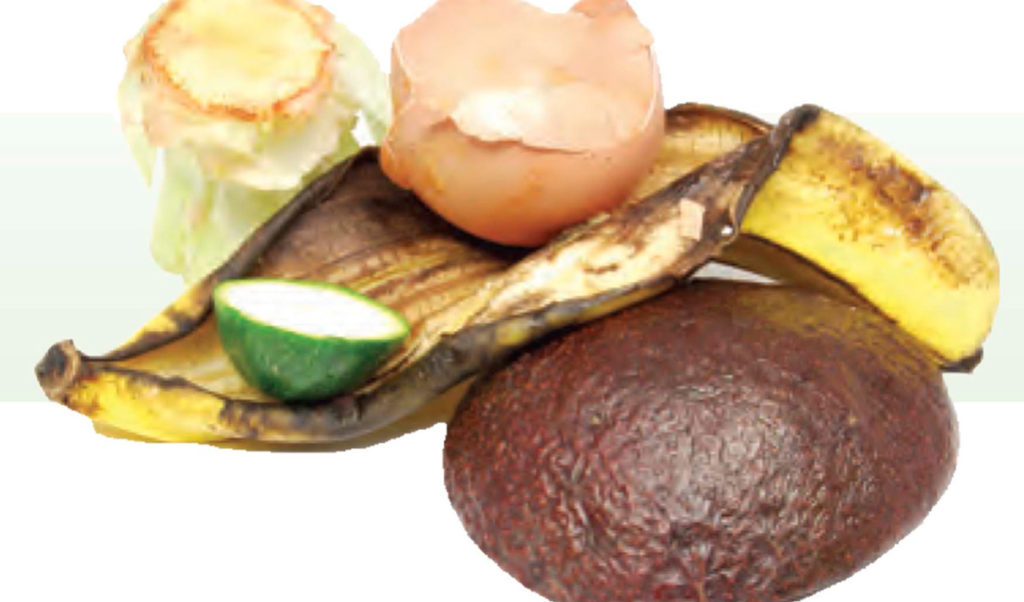