Climate change and the infamous “Deflate-gate,” the scandal involving NFL quarterback Tom Brady, may seem to have little in common. But bear with us, here, as we make the case.

It’s not something so cutesy as air pressure that the two issues share. No, it’s about winning and losing.

For those who don’t follow sports, Brady of the New England Patriots was accused of directing team staff to under-inflate the footballs he would use in a play-off game. The weather was going to be cold and wet, and under-inflated balls would be easier for Brady and his receivers to grasp. Tampering with the balls came, the NFL concluded, so Brady and his team could get an edge.

It may seem like a silly, inconsequential matter, but millions of dollars are at stake when football teams seek to advance.

With climate change, so much more is at stake—more money and more consequences to civilization. So it should come as no surprise that the players in this realm also might seek to gain an edge, and even go so far as to cheat.

You’ll see the phrase “climate change debate” used in media coverage, but there really is no debate. Climate change is happening, and the evidence is conclusive that man-made pollution is the cause. Ninety-five percent of climatologists agree that carbon dioxide being pumped into the atmosphere is wreaking havoc with weather systems and driving up temperatures. (A point of reference: if your child were sick, and 95 out of a hundred doctors recommended the same cure, would you seek more opinions?)

Here in Maine, the winter of 2014-2015 was brutally cold, maybe colder than many of us have experienced in decades. Yet globally, 2014 was the warmest year on record.

So why are some talking about a climate “debate”? Because polluters will lose if the U.S. and other nations adopt stricter limits on carbon emissions. “Team carbon”—fossil fuel extractors, petroleum refiners, oil and gas retailers, coal- and oil-fired electric producers—want to gain an edge in their contest with those who want to cut down air pollution.

And if the causes of climate change are still understood as unexplained, the “debate” will continue and action will be postponed.

Investigative reporters Bob Woodward and Carl Bernstein were urged to “follow the money” as they dug into corruption in the Nixon administration. The same principle applies now. The American public should ask itself two simple questions about climate change and the proposed fixes: who loses, and what are they doing to change the contest’s outcome?

The Koch brothers, whose Koch Industries refine and transport gasoline, among other businesses, would be big losers if the U.S. cracked down on emissions. How much would it lose? Here’s a hint: the brothers have pledged to give nearly $1 billion to sympathetic Republican candidates in the 2016 elections.

President Obama recently proposed cutting carbon emissions from electric power plants by 32 percent by 2030, the equivalent of taking 166 million cars off the road. While he was in the White House, George W. Bush directed the Justice Department to drop action against the 70 worst coal-fired power plants; not coincidentally, Bush and his party received more $100 million in campaign donations from the coal industry in the early 2000s. It’s easy to follow that money.

There’s one more potential loser to talk about. As the world’s largest economy, the U.S. would be hurt if it agreed to serious carbon emission reductions. But whatever short-term injury it might endure, the alternatives are far worse: devastating droughts, some causing massive refugee populations, which in turn could cause wars; catastrophic storms, wreaking billions of dollars in damages; floods, wildfires, mudslides; diseases spread by new insect infestations; agricultural disaster and food and water shortages from all of the above; rising sea levels destroying infrastructure and housing.

So as we gear up for the 2016 election and climate change becomes a key issue, keep your eye on the ball. And remember that some of the players are looking for a way—any way—to win. And if they can’t win, they will—to employ another sports metaphor—stall and run out the clock before action can be taken. 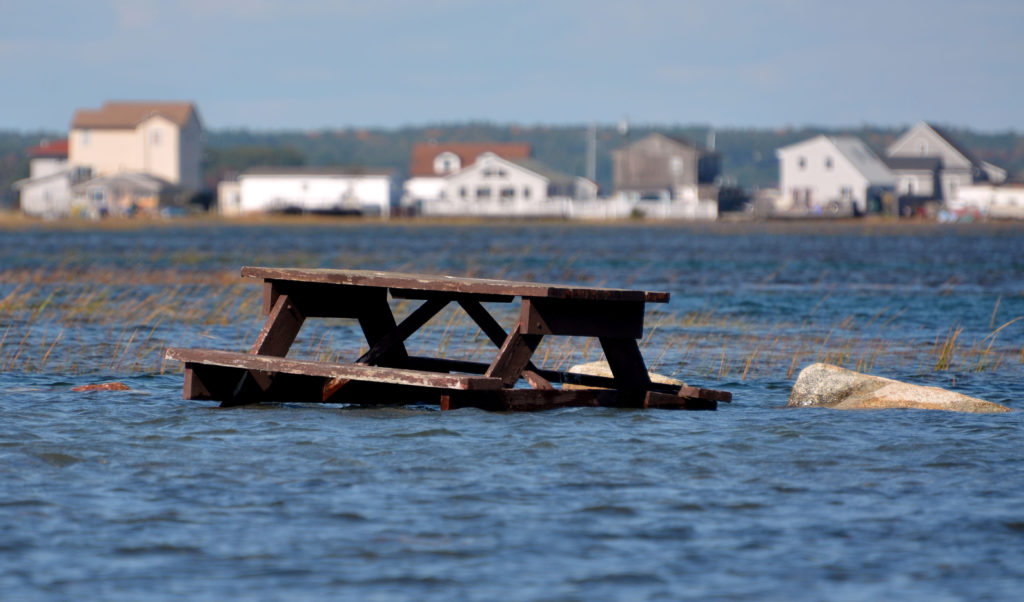