Much of the joy that comes in working this newspaper’s “beat” is tied to the rich breadth of the stories we consider. We print and circulate 50,000 copies of each issue (we publish ten times a year), and those copies are found from Portland to Eastport. That geographic range is part of what defines our beat.

The eight Maine coastal counties include the state’s legendary 3,500 miles of coastline (more than California). As the old cop TV show used to say in its opening, “There are eight million stories in the naked city…”

Well, the coast may not have eight million stories, but there are a lot of people doing interesting things along our working waterfront. And that richness is worth noting.

This full-plate of stories is especially evident if we understand the working waterfront as including music and art, tourism-related food and lodging, the historic and aesthetic value of our downtown architecture, and the independent, entrepreneurial spirit that flourishes on the coast.

Our working waterfront beat also includes the salty world of the marine economy, and it’s great fun finding and telling stories about its less visible sectors. The photo essay shot by Peach Frederick in this month’s issue is a case in point—a woman, her two daughters, and another woman do the hard, physical work of unloading, salting, and packing herring, transferring the raw catch from the fishing boat to a truck where it is distributed to lobstermen. No bait, no lobster, so this is an important sector.

Speaking of salt, our regular contributor Laurie Schreiber has written about the Maine Sea Salt company of Marshfield, a mom and pop business that uses an evaporation process to extract salt from our clean sea water.

A few months ago, we wrote about a team of brothers who work to inspect and repair the hardware that keeps working and pleasure boats moored in Rockland, Rockport, and Camden harbors. Contributor Stephanie Bouchard interviewed a schooner chef, whose skill with a skillet keeps passengers returning as much as the sublime sailing, and contributor Wanda Curtis wrote about a court case affecting rockweed harvesters.

What do these enterprises have in common? They are not highly visible. Unless you wander onto Rockland’s fish pier or through the rural Washington County town of Marshfield, or you’re up at the crack of dawn when mooring work and schooner food prep are done, you may not be aware of these businesses and the income they create.

Not being highly visible puts these businesses at risk from a poorly considered decision by municipal or state government. If a waterfront hotel complains about gulls, the herring packing business might be targeted for regulation. If the harbor committee decides to limit pier access, the mooring repair business might struggle to get its barge onto the water. And on and on.

We don’t believe in “boosterism” journalism, but the stories we like to tell often are success stories. That success is tenuous without a public understanding of and support for these businesses that operate around the fringe of the waterfront. Let’s not forget them. 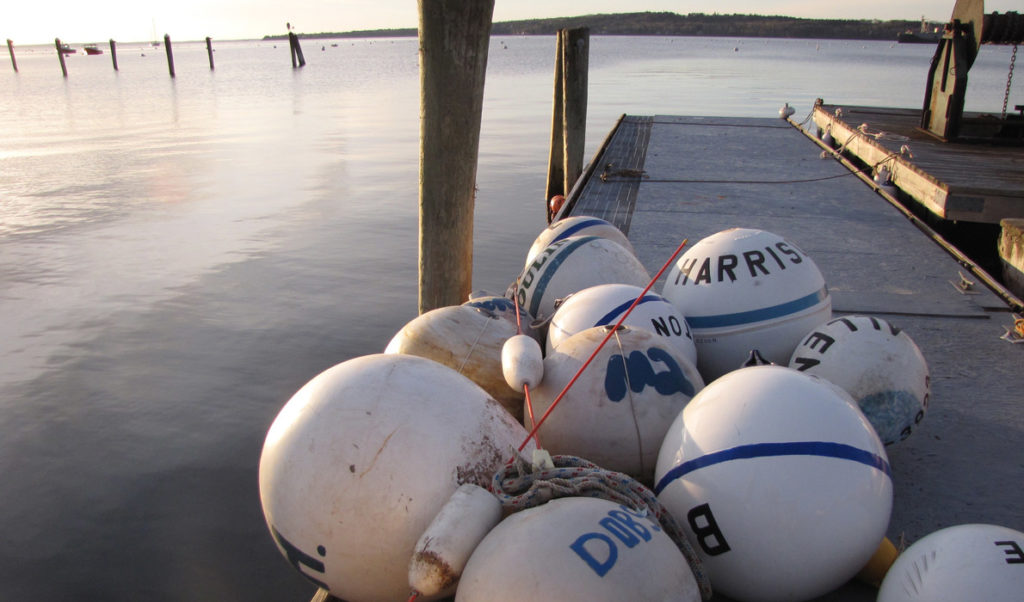