“Why should we help those who destroyed their own fishery?”

This is the question that is usually trotted out when there is a debate about allowing lobster bycatch on groundfish boats here in Maine. (Bycatch is the term that refers to species incidentally caught in fishing gear in addition to the primary targeted species.)

There are other instances when this question is raised, usually when the phrase “struggling groundfish fleet” is incorporated into the conversation about the various problems associated with groundfishing in New England.

Fishing has certainly changed over the years and those groundfish fishermen that may have been associated with destruction of the fishery are either retired, gone on to their final resting place or are now actively trying to help restore the fishery. We have learned a lot over time.

There also has been a dramatic change in fishing activity in the Gulf of Maine. Offshore waters that were once the domain of groundfish boats, primarily draggers and gillnetters, are now fished heavily by fixed-gear fishermen, primarily lobstermen. There are still a few draggers and gillnetters left but any coastal village in Maine likely has more lobster boats in the harbor now than there are groundfish boats in the entire state.

This is a real shame for many reasons and restoring our groundfish fleet should be a high priority. A diversity of fisheries means a much more robust coastal economy. Right now, Maine is very dependent on lobster. Should our lobster fishery face a decline in abundance there are few alternatives for our fishermen.

It seems that there is always a problem associated with groundfish fishing, and right now, it is with cod.

Cod populations are at historic lows, and given the way the groundfish fishery is managed, you need a cod quota to be able to go fishing, even if you do not catch any cod. Why? Because you might catch a cod or two, maybe more.

With the shift in activity in the Gulf of Maine from groundfish gear to traps, some of the impact from human activity on cod is coming from a different group of fishermen. Traps do catch cod. Is it significant? There isn’t a lot of data to suggest it is.

But, given that cod are at such a low level, it is our responsibility as users of our natural resources to do everything we can to help the cod recover. Every cod left swimming out there is important. If cod were as abundant as they should be, a cod or two caught in a trap would be insignificant; right now, every single one counts.

Groundfish fishermen are facing restrictions that could very likely shut down the fishery as soon as a very low cod quota is caught. This is a shame, since there are some fish stocks out there that are showing strong signs of recovery and are becoming abundant again. Fisheries conservation is starting to work on many species, but not for cod. Without a cod quota, however, no one will be able to catch any fish no matter how abundant they are. Groundfish fishermen will not be able to leave the dock to fish for anything with no cod quota available.

While lobster is riding high, there are no guarantees this will last forever. There will need to be alternatives for fishermen; groundfish could and likely will be one.

It really is the responsibility of every user of our ocean resources to make sure there is something left for future generations. The time to start is every day you go out fishing. Ignoring this responsibility will have a negative impact on fishermen today and certainly the fishermen of the future, our children and grandchildren.

The truth is we are all in this together; fishermen are fishermen, whether they use traps or nets. Besides, do we really need government to tell us what to do all the time? I think fishermen are smart enough to do the right thing without having to be told what is right and what is wrong.

The groundfish fishermen here in Maine throw back lobster caught alive in their nets as a conservation measure; this is the law. A law to require returning cod caught in traps back into the ocean is likely unenforceable due to the size of the lobster boat fleet and the cost of monitoring such a fleet would be prohibitive. However, the lack of a law requiring cod to be thrown back does not mean it’s is a bad idea; it can and will make a difference, one fish at a time.

Keeping these resources healthy is the responsibility of the harvesters. Lobster and groundfish are valuable and important to our state economy.

If the groundfish fishery is shut down due to the cod crisis, every fisherman who refuses to help by returning cod caught in traps will be among those who “destroyed their own fishery.”

It is time for all fishermen to work together to help restore the cod—for now,  for the future of our families who fish, our fishing communities and all the people of Maine who treasure all of our fresh locally caught seafood. 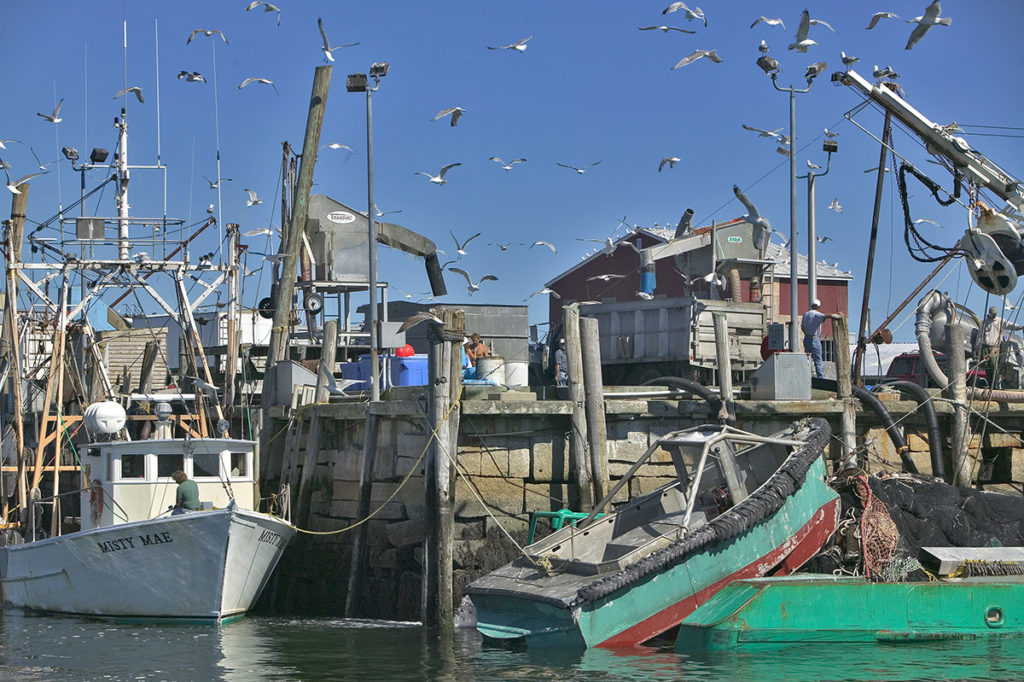