Apparently Seattle is fining people who toss food waste instead of composting it. And in big cities like New York, some chefs are making a point of using up every last bit of broccoli stalk and cucumber butt in order to cut closer to the economic bones of their businesses. There is even a website called endfoodwaste.com that promotes eating ugly fruits and vegetables, gleaning farmer’s fields and calling sell-by dates into question.

You’d think islanders would be really interested in this problem. After all, most communities have had to close their landfills and now hire waste management companies to haul garbage away to someplace on the mainland. On Islesboro, the annual cost is about $110,000, offset partly by sticker fees and recyclables sales. Obviously, not all that is plate scrapings.

But according to the U.S. Department of Agriculture, about 21 percent of the waste stream after recycling is food waste. I hope Islesboro and other islands are not typical of this figure because most of us are rural enough to indulge ourselves in the Old Family Compost Pile.

I hope that islanders, like other rural Mainers, might have a more vivid memory than other Americans of harder times past, or will remember the frugal ways of grandmothers who wouldn’t have tolerated the discard of a quarter of a cup of milk that once floated corn flakes.

Anyone who gardens knows the fun of digging up five legged carrots, or finding tomatoes with beaks. If the produce section of the store were the only place you saw vegetables, you’d never know how oddly some of them grew. Some veggies stored in my cellar challenge our notions of beauty: hairy carrots with soft-spots, beets with sprouts and moldy roots, and the occasional slimey cabbage, inside of which is a lovely white, crisp food.

As long as I have the gumption, or hunger, to scrape away the goo, no cabbage goes entirely uneaten.

Of course, if most of my friends and I were vegetables, we wouldn’t meet cosmetic perfection requirements either. It is as if the stores’ vegetable bins are full of the Miss Universe contestants of the vegetable world.

Small leftover management issues crop up in every household. The strange blue-green item in a plastic container that must have been set aside in hopeful expectation of use. Ditto the unlabeled zip-closed bag in the freezer full of utterly unrecognizable stuff. Most of the time, leftovers do not escape me. “You are at it again,” says Toby when he spots the sink full of dirty storage containers and something bubbling on the stove. Thank goodness, he’ll eat just about anything because just about anything is what he gets a fair amount of. What he doesn’t eat, the chickens will. What the chickens don’t eat, the compost pile gets. And so it goes.

But what about “sell-by” or “best-used-by” dates? Since this practice was instituted, not by any federal legal guidelines but rather a patchwork of state regulations and industry trying to provide helpful guidelines to consumers, our national food waste has increased enormously. It has caused confusion, led to people mistrusting their noses, and mistrusting food manufacturers, too.

It was meant to identify peak quality but most people fear microbial contamination after the date. Few stores want anything on their shelves that may be suspected of having gone by its date. Gallons of milk, piles of cream cheese and cans of food periodically exit one local store en route to the transfer station. Hardly any of it has actually spoiled. An island’s more remote location works against redistribution to soup kitchens or food pantries and anyway, even they don’t take much food that has expired on paper.

Anyone born after the 1970s grew up with sell-by dates, so a couple of generations haven’t learned how to judge real spoilage. A young friend told me about a roommate who routinely threw out eggs after they had been in the house for a week because there was no sell-by date on them, and she mistrusted their goodness. Egad.

We can, of course, buy food that doesn’t have dates on it, though even perfectly preserved milk—i.e. cheese—has a date slapped on it. If it gets moldy, I bet you just pare the blue off and proceed with the mac and cheese. I’ve even rescued chicken and pork chops that got a little slimy but hadn’t achieved smelliness yet: historic cookbooks recommend a vigorous scrub in vinegar and water. You might want to acquire a robust immune system before trying that trick and you probably won’t serve it to guests.

It’s hard to shake the “waste-not, want-not” mantra I grew up with, along with “use it up, wear it out, make it do or do without.” But I am old, and shake my wattles a lot over the abandonment of common food sense. We’ll really have gotten somewhere when there is a Food Channel show featuring leftovers, unlovely vegetables and food past its sell-by date. 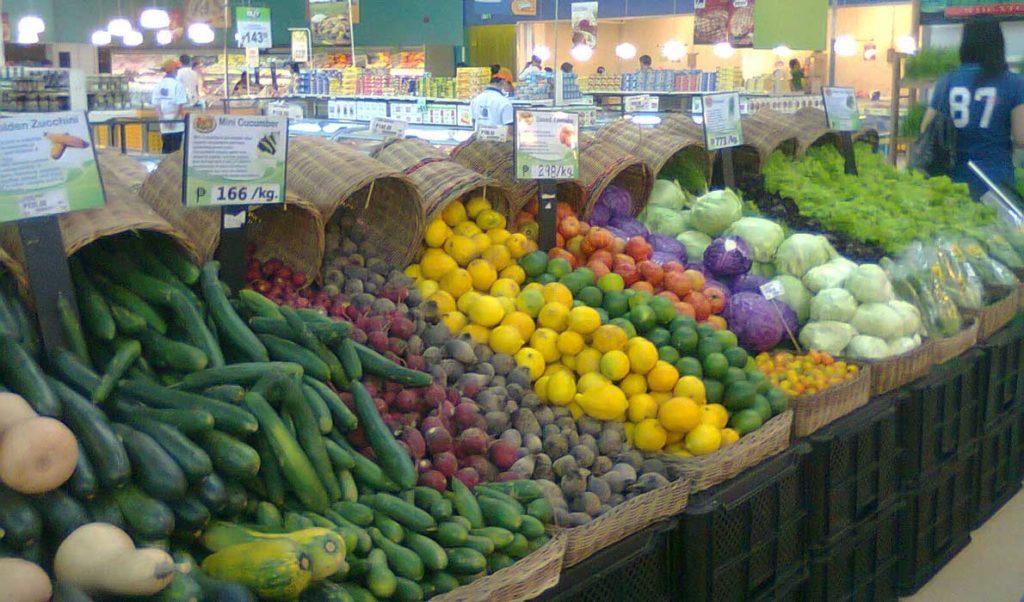