It’s late on a frigid winter night, and a woman is sitting alone, an ice pack to her face, looking out the window. Snow swirls on the pavement below, and the harbor is full of white caps.

He’s been asleep for an hour now.

She thinks about leaving, about waking the kids and hustling out the door, and going… where? And that’s the problem. Or at least part of the problem.

On islands, there are no hiding places. Her sister’s house, or her best friend’s, or even the home of her boss, a burly, rugged man—they’d be the first places he’d look, and who knows what he’d do.

So she stays. And suffers.

Meg Klingelhofer, community education director for New Hope for Women, a Midcoast-based domestic violence prevention agency, says the fictional scenario above assumes that men are always perpetrators, and this is not the case.

“Anyone can be a perpetrator of abuse,” she says; any gender, any line of work, any social class.

But Klingelhofer agrees that island communities pose challenges for those trying to help victims of domestic violence. New Hope for Women provides services for victims on Islesboro, North Haven, Vinalhaven, Monhegan and Matinicus islands, as well for those in the other Waldo, Knox, Lincoln and Sagadahoc county towns.

“You’re psychologically on an island when you’re a victim,” she says, because perpetrators isolate their partners.

About half of Maine’s two-dozen or so homicides each year have been linked to domestic violence, though with the recent drug epidemic, that may change.

An arrest early this year of one of Camden’s celebrity residents for domestic violence put the issue back into public discussion, reviving conversations about the stereotypes that abound for both victim and perpetrator. The consensus on the dynamics at work is worth reviewing.

Klingelhofer says the abuser typically feels entitled to exercise control over his or her partner in an intimate relationship. “It’s about that obsessive need to take control,” she says.

We all feel anger in our relationships, but the abuser not only is violent—perhaps only from time to time—but consistently controlling. The abuser checks the victim’s cell phone for recent calls, even GPS for recent addresses. When an abuser begins a relationship, he or she pushes quickly for it to become serious, then works to sever the victim’s ties with family, friends and others, Klingelhofer explains. The abuser displays extreme jealousy.

How do family and friends help the victim? Well, it’s not as obvious as one might think.

Urging—or pressuring—someone to leave the relationship is understandable, given the risks, but that’s not the right approach, she says. In fact, it can be perceived by the victim as yet another person trying to exercise control.

So comments like, “Oh, you’ve got to leave!” may be rebuffed, with the victim worrying about taking children away from a parent and thinking, “Well, the abuse doesn’t happen all the time.” And victims also feel they are to blame for their partner’s violence.

Klingelhofer says the right approach a friend should take is “respecting the person [the victim] as the expert.” Comments like, “You’re not alone,” and “It’s not your fault,” and “You are a strong person” are recommended.

The friend should be a mirror, reflecting the victim’s concerns, saying something like, “It sounds like you’re really scared,” Klingelhofer said.

“What we’re trying to do is help victims learn to trust their own thoughts and feelings again,” she said. “That’s the foundation for a victim to be able to develop a safety plan.” The best scenario is “to have a variety of options to be able to exit,” she added.

But talking is important, because abuse “lives and breeds in silence,” she said.

On an island, the community’s respond to abuse is critical, Klingelhofer said. Do people look the other way? Do they blame the victim? Or is there a zero tolerance response?

New Hope for Women maintains a 24/7 hotline—1-800-522-3304—which victims can call for various kinds of help. Typically, the hotline handles thousands of calls with about 1,200 individual callers each year.

Among the options that might be suggested to victims are meeting with New Hope staff on the mainland or through video-conferencing, or a staffer sending out information about such things as safe houses and protection orders through a third party on the ferry.

If the victim is considering leaving the home, New Hope staff might counsel that person to pack a “go bag” with essentials; start setting some cash aside and copying important documents; create a list of four or five friends to summon when the decision is made to leave; and New Hope may provide a “safe” cell phone with which to call law enforcement.

If the abuser becomes violent, the victim should identify the safest place in the home to barricade herself until help can arrive, and stay out of rooms like the kitchen where knives are handy, she said.

There are confidential safe houses, where victims can stay for a night to several days, but that option mostly exists on the mainland, she said.

“We have collaborated with the Coast Guard in the past in getting someone off the island,” Klingelhofer said.

New Hope does more than respond to domestic crises.

Staff work in 109 schools in the four counties, working to educate 10,000 boys and girls about healthy relationships and the signs of abuse. A theater group that portrayed domestic violence dynamics was transported to Islesboro, Klingelhofer remembers, to perform for just 30 students, a testament to the agency’s commitment to reaching islanders.

A 2005 grant from the Maine Women’s Fund helped pay for a community educator to travel aboard the Maine Seacoast Mission’s Sunbeam to visit the islands.

“For six years,” she said, “we had advocates go out once a month” to Islesboro, North Haven and Vinalhaven. “It was great for developing relationships with the EMS and fire departments.”

Klingelhofer hopes to redouble New Hope for Women’s efforts on the islands in the coming months and years.

“We would love to collaborate with island leadership to know what would be of help,” she said. 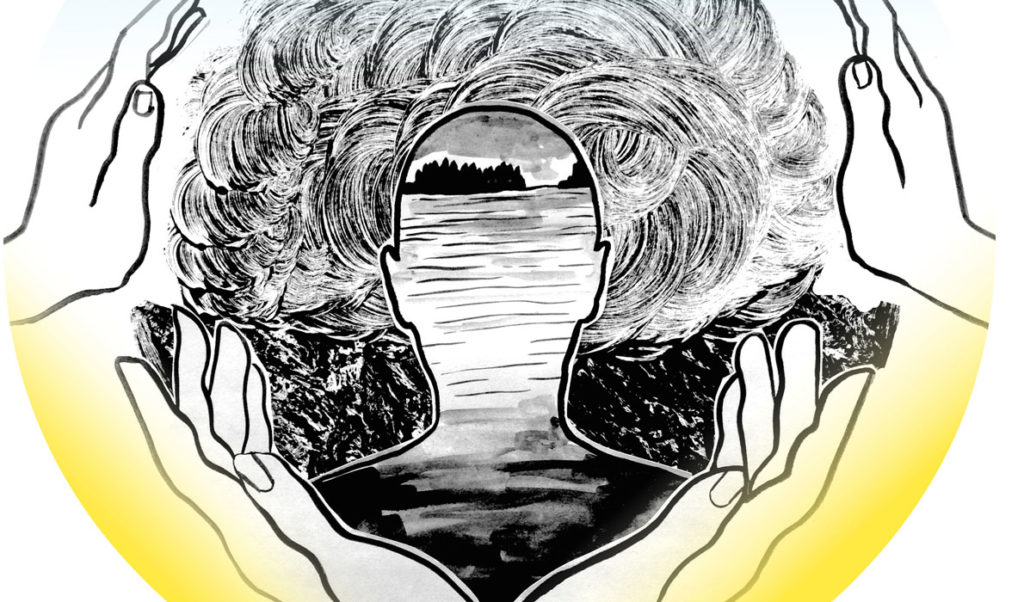