It was most certainly the highest, most nausea-inducing point on the entire island. I closed my eyes. Though raggedy, I took the deepest breath I could muster. Somewhere far below me Izzy, Clara, and Zoey (age five, seven, and seven respectively) chanted “You can DO IT Stevie! We BELIEVE in you! STE-VIE! STE-VIE!”

Hands out, I jumped, grasping for the metal in front of me. My sneakers squeaked, slowing my decent, and I landed squarely on my butt. Shakily opening my eyes, I looked up through the tangle of arms and legs which were part of congratulatory hugs. I had done it. For the first time in my life, I slid down a playground fire pole.

I started laughing over shouts of “Let’s do it again! Come on, Stevie, come on!”  So I did. I slid down the fire pole at least three more times, each slide inducing the same gleeful laughter as before, but thankfully none of the fear. When it was time to go home there were hugs all around and I had to solemnly promise we would play again soon.

When applying to be an Island Institute Fellow, I had to write about why I believed myself to be suited for life on an island and in a small community. I explained that I had worked as an archaeologist for the past six years in some amazing, small, rural towns across the country. I also explained that although I had never been to Maine, I had lived for the past few years in Minnesota. The island meant I could look forward to continuing the trend of long, cold winters, something only a brave few relish.

Perhaps most surprisingly, the job that I would be doing was perfect for utilizing my skill set.

I work for the Swan’s Island Lobster and Marine Museum, inventorying its collection, helping develop new exhibits, and finding ways to get the island’s school more involved with the museum.

Initially, I worried about working with the kids. Believe it or not, history is not a topic that gets children excited. Add to that the fact that I’d never really been a cool kid myself and was therefore slightly intimidated by the under-12 crowd. Over the years, I had spent a lot of time developing my professional skills and working with the adult public, but not with children. However, I quickly realized that half the battle would be getting the kids to like me so that I could then get them to like the museum.

Perhaps it was the near-endless supply of honey sticks and mint candies. Or maybe it was my enthusiasm for games of tag, hide-and-seek, charades, and trampoline bouncing. But one way or another, I found myself embraced by one of the funniest, most endearing groups of people I never thought I would meet: the grade school kids of Swan’s Island. They helped me embrace all sorts of new things: the playground fire pole, making slime, petting baby chickens, and making funny faces. Every day is a new adventure.

As I wrap up my first year here and begin planning for my second, I am starting to see Swan’s Island in a different light. In all my travels, nowhere have I found a community where the generational divide is as smudged as it is here. I can turn to friends and other adults for help identifying objects in the museum, but I can also turn to the nearest 10-year-old to tell me all about his own boat and time hauling traps. There is something special about seeing the island’s culture alive and thriving. And if I can continue to experience it while running on the playground, all the better!

Stefanie Kowalczyk works on Swan’s Island with the Lobster and Marine Museum helping to curate the extensive collection of local maritime and fishing history. She will also work on marketing, outreach and volunteer recruitment for the museum. She is a graduate of the University of Minnesota with a master’s degree in cultural heritage management. 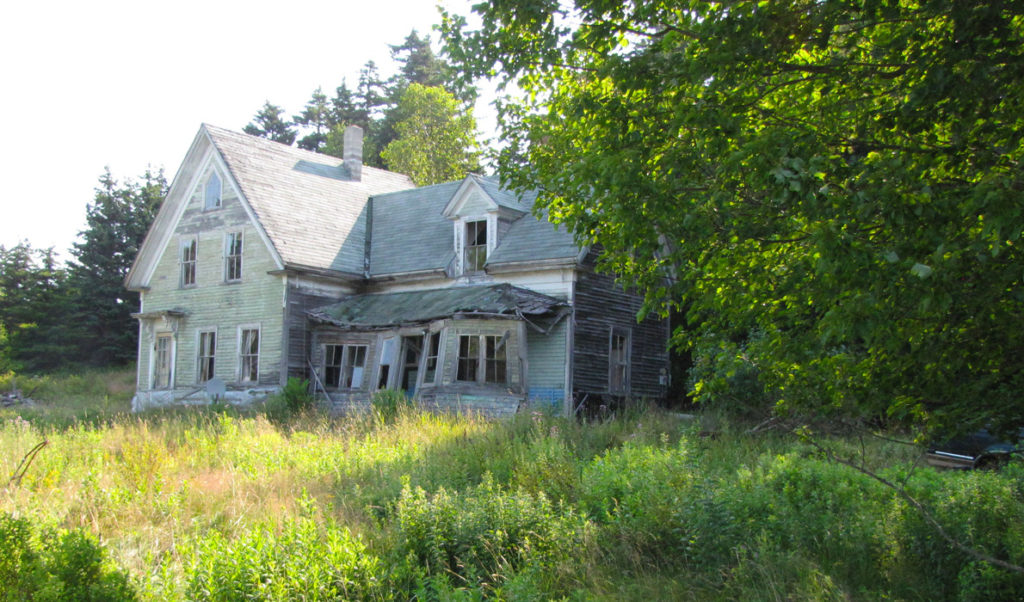 An old house on Swan's Island.