The Sentinel Survey, now in its eighth year of research, collects data on the status of groundfish populations in Eastern Maine. The survey is conducted by Maine Center for Coastal Fisheries, in collaboration with the University of Maine. Fishermen visit a total of 84 survey stations from June to October, along with researchers who study the population, distribution, and most importantly, the genetic makeup of groundfish in each location.

The Sentinel Survey has become the leading source of information on groundfish in Eastern Maine. The unique summer sampling season and localized-scale produces heavily sought after data. The survey design also uses a combination of gear types, longline and jig hooks, to sample areas where larger, more traditional trawling methods struggle – areas with rocky bottoms and an abundance of lobster traps. Since 2010, Maine Center for Coastal Fisheries has collected data on more than 20 groundfish species, most notably cod, halibut, mackerel, cusk, haddock, pollock, and hake.

Increasingly, scientists are requesting access to survey samples of stomach content, heart, otolith (or ear bone), fin clip, gonad, and muscle tissue, as they seek to understand the status of depleted groundfish populations. According to lead researcher on the Sentinel Survey, Mattie Rodrigue, “data from even from a single fish is crucial. Biological analysis can unlock a picture of where that species has been, the distinct sub-populations it’s related to, what it’s been eating, its reproductive patterns, and more.”

Maine Center for Coastal Fisheries has led a collaborative effort to distribute Sentinel Survey data to organizations up and down the coast, from Massachusetts to Canada. Scientists want access to specific data, and the survey can provide that information. Institutions, including the University of Maine, the University of New Hampshire, Gulf of Maine Research Institute, Woods Hole Oceanographic Institute, the Massachusetts Division of Marine Fisheries, and Fisheries and Oceans Canada (DFO), rely on the survey. “New partnership discussions are already underway for next year,” said Executive Director of Maine Center for Coastal Fisheries, Robin Alden. “It’s rare to see the traction the Sentinel Survey is getting less than a decade in. It’s a testament to the design of the survey and the collaboration of our organization, the university, and fishermen.”

For generations, the groundfish industry was a fundamental component of Maine’s diverse and thriving fishing economy. However, in the mid-90s local groundfish populations collapsed, and ongoing knowledge of these species came to a halt. The Sentinel Survey ensures that the monitoring of groundfish continues in Eastern Maine – providing a baseline against which to measure change. The ultimate goal is that when the stock rebuilds, Maine Center for Coastal Fisheries will possess the data to inform a sustainable management system for the fishery.

About Maine Center for Coastal Fisheries:

Founded in 2003, Maine Center for Coastal Fisheries’ goal is sustaining fishing forever. The Stonington-based nonprofit works alongside Maine’s fishing communities and includes fishermen’s knowledge as part of science, understanding their voices as a constructive and creative part of the management dialogue. MCCF also invests in the next generation of fisheries stewards through innovative work in and outside of the classroom. 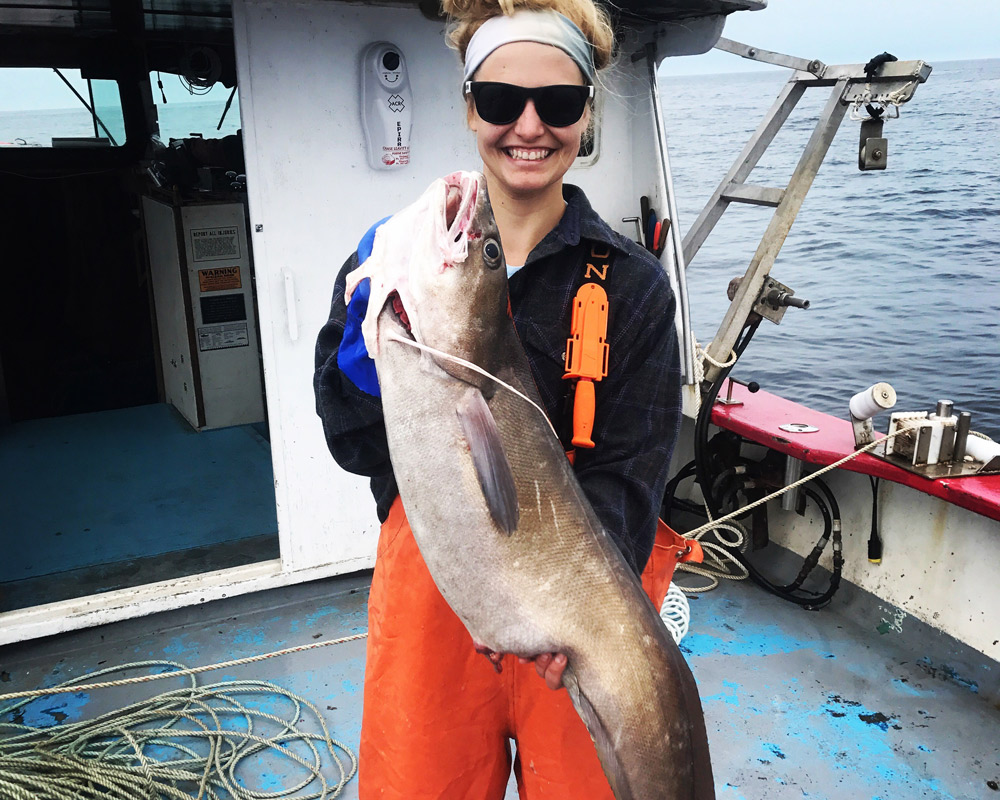