A severe shortage of affordable workforce housing on Deer Isle and in Stonington has hit crisis proportions.

Employers can’t attract new employees because of the cost of housing, causing some businesses to scale back, close, or relocate. The population of younger workers and young families has dropped significantly over the past 20 years and, as a consequence, the school population is also dwindling dramatically.

That’s the latest assessment of Island Workforce Housing, a nonprofit organization formed in 2018 by Deer Isle and Stonington residents to address the situation.

“If left on the present course, Deer Isle and Stonington will quickly become majority-seasonal communities composed predominantly of wealthy and elderly retirees, and transient vacationers,” the group reported.

Instead, IWH has taken matters in hand. Funded by a $7,500 grant from Maine Community Foundation and relying on community volunteers, the group has created a strategic plan designed to ensure the island’s diversity by making affordable workforce housing more widely available.

The plan’s initial goal is to create 30 new affordable rental units. The development is expected to occur over the next five years, and will entail deed restrictions to ensure permanent affordability.

In February, IWH hired Camoin Associates to conduct an analysis of housing needs, with a specific focus on rental housing. Camoin—a national consulting firm focused on economic development, workforce issues, and housing—completed the analysis in July. The analysis can be found on IWH’s website.

The group’s steering committee created a strategic plan designed to address the issues highlighted in the Camoin analysis.

Rental housing was prioritized in order to address the needs of lower-earning members of the island workforce. The analysis found that two key constituencies need rentals—commuters who work on the island but can’t afford to live there, and residents who share housing, live with parents, pay more than they can afford, or relocate multiple times each year in search of affordable rents.

As many as 85 rental dwelling units are needed to satisfy demand from the two constituencies, the analysis concludes.

The creation of the first 30 units will be accomplished in three phases of approximately ten units each in duplex buildings clustered together with shared parking and open space. IWH plans to seek donations of land. If that’s successful, each phase is expected to cost $1.9 million, or about $190,000 per unit.

The units will be available for employees earning between 50 percent and 80 percent of the area median income. Fifty percent of area median income ranges from $22,500 for one person to $32,150 for a four-person household. Eighty percent ranges from $36,050 for one person up to $51,450 for a four-person household.

IWH proposes to fund the first phase of ten units with a financing mix that includes a mortgage, grants, and donations, plus tax increment financing and development fee deferral.

Further effort includes working with the towns of Deer Isle and Stonington to identify potential municipal support such as grants, contributions of municipally-owned land, and establishment of tax increment financing districts.

Overall, the crisis is due to a  number of factors, according to the analysis:

Deer Isle and Stonington are not alone. Many Maine islands have a shortage of affordable, year-round housing. The lack of housing makes it difficult to attract and retain families and poses a significant barrier to economic activity, making it difficult to find qualified applicants for year-round positions such as teachers and  town employees and summer positions such as restaurant staff and lobsterboat sternmen.

According to the Camoin analysis:

• Commuters who can’t afford to live in Deer Isle and Stonington, but work there, come from as far as Belfast and Bangor.

• 323 workers commute to the island, on average, each workday.

• 67 percent of in-commuters can’t afford the median purchase price of a home.

• 10 percent to 25 percent would prefer to live on the island but can’t afford to or can’t find rental housing. 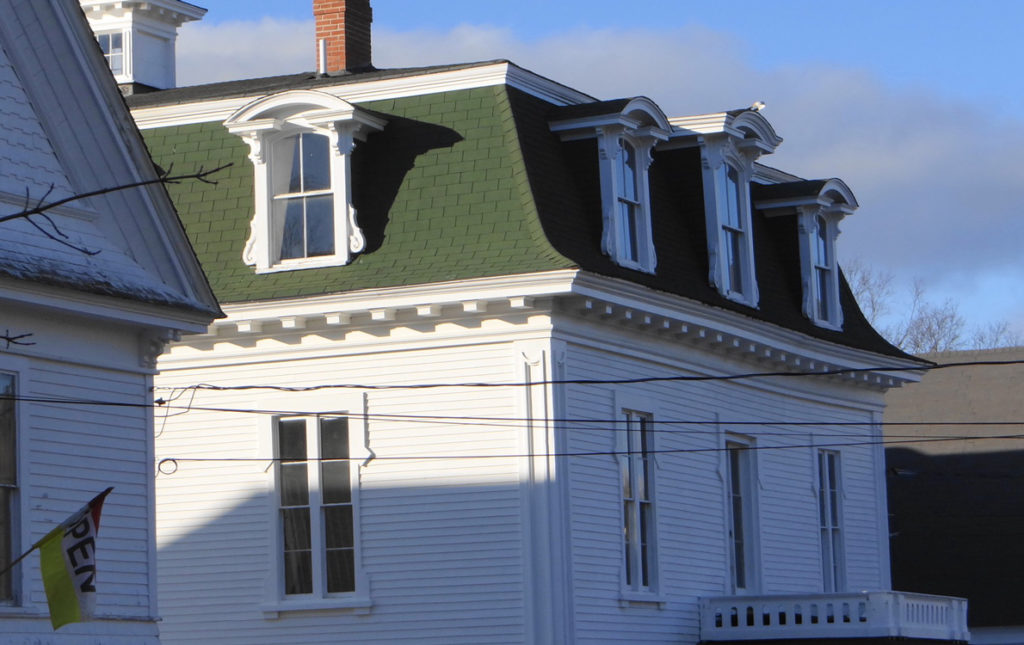