I’ve learned a trick that helps me move through high-pressure situations. I wish I’d been able to use this trick when I was competing in piano recitals as a kid.

Now, when I walk into a room in one of these situations, I imagine zooming out and standing above myself—actually, behind and above, at about a 45 degree angle, ten feet or so up in the air. Then I watch myself go through the situation at hand and I imagine that I’m doing whatever it is well. The command performance becomes entertaining and fun to watch, and it calms me down.

And so it was that I was figuratively standing above and behind myself watching my performance as I entered a congressional hearing room this month to talk about a bipartisan working waterfront bill sponsored by Rep. Chellie Pingree.

Not only did I move through the experience in multiple ways, but I had the unique experience of viewing Washington through multiple lenses. I moved from being a member of the public, watching D.C. from afar, to testifying at a congressional hearing for the first time, and then my comments became the subject of press coverage.

As a member of the public who reads the news, I expected to arrive in Washington to participate in an experience that would be akin to a food fight. We are shown a view of Washington defined by partisan mudslinging. I would testify alongside Gov. Paul LePage, who has built his brand of politics around making some seriously outrageous statements.

Yet this was not my experience at all. In fact, decorum was still alive and well. Rep. Pingree and Gov. LePage spent a significant amount of time at the beginning of the hearing discussing the power outages in Maine and the ways the outages were impacting their constituents.

The exchange of comments and ideas about the proposed working waterfront legislation were defined for the most part by a give and take that you would expect of Congress. The rhetorical traditions of disagreeing thoughtfully and with a degree of eloquence were on display. There were only a few comments that pandered to the food fight we see in the news, but only a few in a discussion that went on for nearly two hours.

The press coverage of the event did not capture the sense of diplomacy I experienced. Instead, a few harsh comments made the headlines, while the rest of the event went unreported.

Every day, I feel the stress people are carrying as they navigate their daily lives, made more intense through their experience of the news. I was able to actually see how a story can be produced to reinforce dominant tensions, leaving out the many good and important comments that made the hearing an enjoyable experience.

My greatest concern about the current state of our politics has been that the language we use to debate issues is deteriorating and that our customs are changing. When these things change, they are a sign that our culture is shifting, and based on the language and behaviors of President Donald Trump and LePage (who has claimed to be Trump before Trump), I went to Washington concerned that our cultural politics were in a tailspin.

In fact, LePage surprised me. He did a good job speaking to the issue at hand and he was largely supportive of working waterfronts, and only had issues with how the bill would be funded and implemented.

Meanwhile, the leadership of the subcommittee from both sides of the aisle shared a lively and engaging banter with each other and with Pingree. I left feeling hopeful that the language and culture of our political discourse might survive this presidency and that we can continue to generate good bipartisan discussions that can move issues like working waterfront preservation forward, issues that are important to us all. 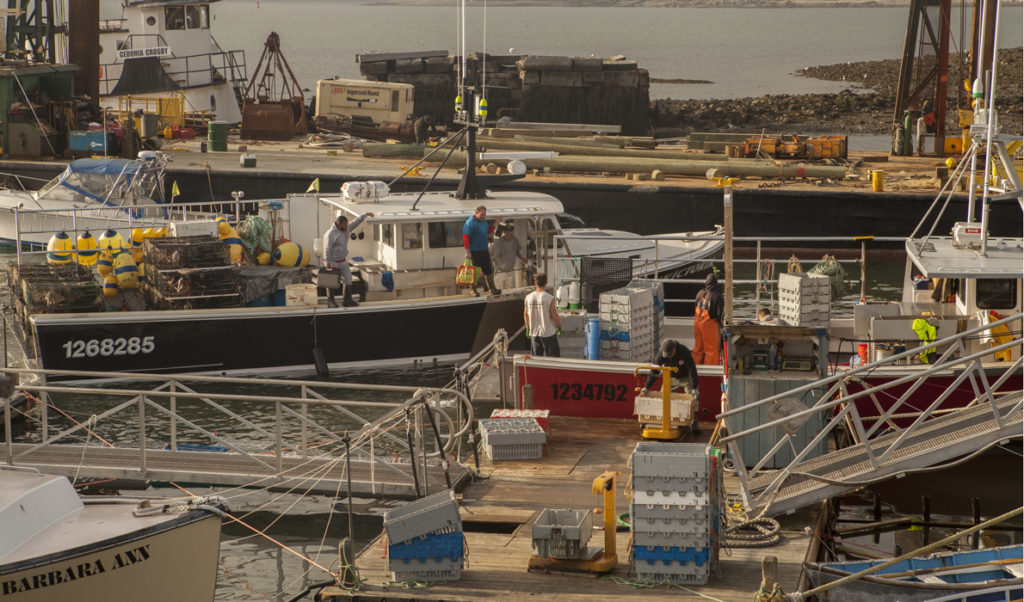 The woking waterfront on Islesford (Little Cranberry Island) is busy