The Caribbean Princess, a cruise ship that visited Maine, regularly used an illegal pipe from 2005 to 2013 to discharge oily wastewater, according to federal court documents.

In a settlement announced in December, the cruise ship owner, Princess Cruise Lines Ltd., owned by Carnival Corporation, pleaded guilty to seven felony counts and agreed to pay a $40 million fine, the largest ever in such a case. With the settlement, eight Princess and Carnival cruise ships will be under a court supervised environmental compliance program for five years.

Court documents reveal a coordinated conspiracy to bypass pollution controls by multiple methods, including what is called a “magic pipe.”

The operation was exposed when an engineer alerted U.K. authorities, who coordinated with the U.S. Coast Guard to uncover the scheme. When senior crew members learned of the whistleblowing incident, they instructed crew members to lie and even held up signs to indicate that corporate headquarters was listening to their conversations in meetings.

In the press release announcing the settlement, U.S. Attorney Wifredo A. Ferrer said that this case was especially troubling “because the Carnival family of companies has a documented history of environmental violations.”

Marcie Keever, director of Friends of the Earth’s oceans and vessels program, which grades cruise ships for their sustainability, says she felt sick when she heard about the ruling. In the late 1990s and early 2000s, several large cruise lines were prosecuted for this type of behavior. Since then, Keever said, it seemed cruise ships were making strides toward controlling this kind of pollution. With this case, Keever says her faith in the cruise ship industry is shaken.

If a person is environmentally conscious, she said, then “maybe a cruise ship is not the vacation you take. I’ve never said that before.”

Generally, it’s the U.S. Coast Guard that enforces compliance of environmental laws on the ocean. Cruise ships entering the U.S. must undergo scheduled inspections twice a year to maintain international compliance certification of environmental waste management, according to Jim Hinde, a marine inspection training officer for the Coast Guard. Typically, those inspections involve between two and eight people, and they are done with the understanding that a ship may have waiting passengers.

“There is a limited amount of port time,” Hinde said. “We want to try and minimize the impact. There could be thousands of people on board.”

Harbormasters and other seafarers can also detect pollution issues. Port of Portland Harbormaster Captain Kevin J. Battle says that the Coast Guard is very responsive when he’s contacted it with suspicions of illegal discharges from vessels. However, at-sea inspections of cruise ships are extremely rare. In a 2016 Portland Press Herald report on cruise ships, a Coast Guard officer was quoted saying there were just 14 such inspections performed in 2014 and 2015.

Pam Parker, a water quality enforcement manager with the Maine Department of Environmental Protection says that she hopes cruise lines have enough self-interest in maintaining the beauty of the waterways to follow environmental law. Enforcement is difficult, she admits, and bad actors can often skirt the law without being detected.

“Do I worry it happens on a regular basis? Absolutely,” she said. 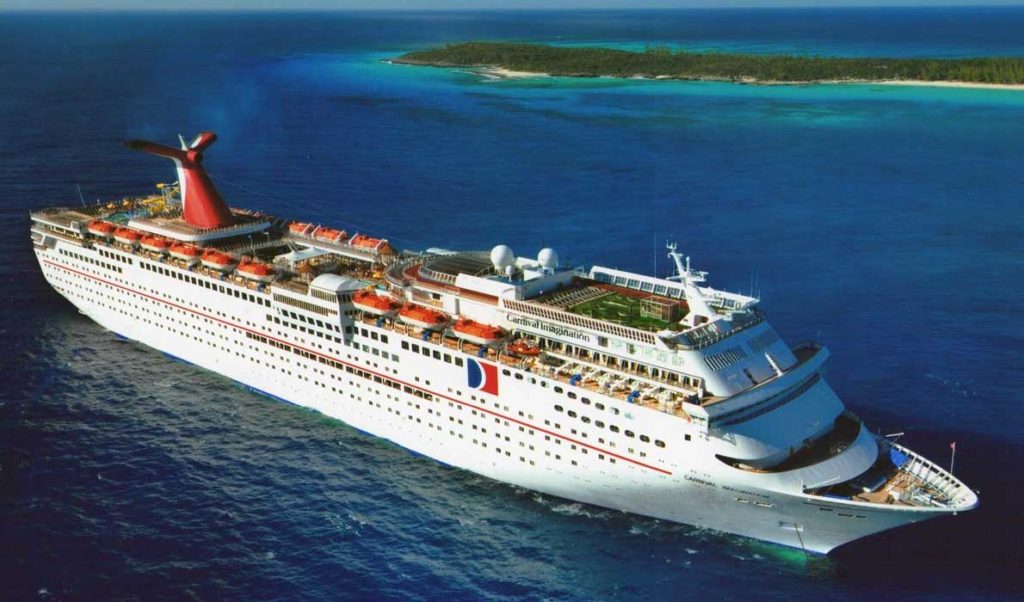