CRANBERRY ISLES — The phrase Tom Powell uses to describe his new job is “a ministry of presence.”

It’s a phrase used in seminary, he said. But it seems especially appropriate for his job as pastor of churches on Great Cranberry Island and Islesford (Little Cranberry).

From among a field of 17 applicants, Powell was the unanimous choice of the search committee and the congregations of both churches after a year-long process. His wife, Becca, who will continue working for Gordon College in Wenham, Mass., from the island, also impressed residents.

“They’re a nice young couple,” Whitney said, describing Powell as “very personable and easy going, the type of fellow who would work with a broad spectrum of folks.”

Powell had preached at both churches prior to their votes.

“He was moderate enough that he appealed to a wide spectrum of our church community,” Whitney said.

For his part, Powell was thrilled get the job. He was ordained on Oct. 12 on Great Cranberry by the United Church of Christ, which is affiliated with the island churches.

“I had been looking to end up somewhere on the Maine coast,” he said of his job search. Powell had summered on Vinalhaven while a student at Moravian College in Bethlehem, Penn. He grew up in Schwenksville, Penn.

For the last seven years, he and his wife have been visiting Vinalhaven, and being surrounded by water “didn’t scare my wife, which was good,” Powell joked.

He earned his divinity degree from Gordon-Conwell Theological Seminary in Hamilton, Mass. He considers himself a Presbyterian.

A parsonage built in the mid-1800s was given to the church, Whitney said, and is undergoing renovations to serve as a home for the Powells.

“He’ll be right here on the islands, getting to know everyone,” said Whitney.

The churches expect that Powell will work 25 percent of his time on one island, 25 percent on the other, and the remaining time will be devoted to outside employment. Whitney said Powell already has been hired as to oversee the island’s affordable housing initiative.

He will be paid $22,000 annually for an estimated 24-hour week; housing and utilities also are provided as part of the compensation, Whitney said.

But there will be much more work, as the “ministry of presence” concept suggests. Visiting shut-ins and elderly folks will be a regular feature of his work.

Powell believes a church leader has a vital role in community life, even for those who never attend services. The idea is that communities have critical institutions, and it’s equally important “to have a teacher in the school house, a minister in the church.” Both “indicate that the towns, the islands, are healthy,” he said.

“It helps the church be the church, and the community to be the community,” Powell continued. “We all kind of have to able to be ourselves,” whether it’s a church-goer or not. “I think that’s a very positive pluralism.”

Another goal is to link Great and Little Cranberry. The islands are closely associated with each other, “but that mile between harbors can seem very far,” he said.

That journey between islands is part of the allure of the job, Powell said.

“My 9-year-old self is excited that I get to take a boat to work,” though he tempered that enthusiasm by wondering if he’ll still feel that way in the depths of winter. 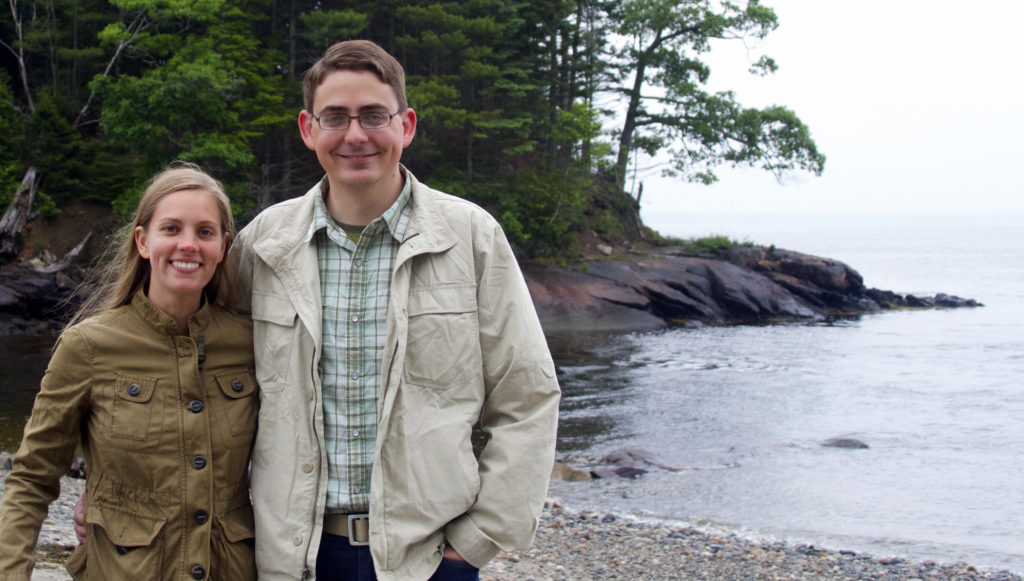