Maine consumers would be willing to pay more for food that is sustainably harvested and some may even be willing to spend extra for seafood harvested in Maine waters, according to a recent survey conducted by researchers in the University of Maine School of Economics.

The issue, according to researchers, is that information about the source and sustainable practices of food production isn’t always available.

In a survey of more than 1,000 Maine citizens this spring, 75 percent of respondents indicated they were willing to pay more for sustainably harvested food, and 30 percent believed Maine people are willing to pay extra for seafood from Maine.

UMaine Assistant Professor of Economics Caroline Noblet, who collaborates on the research with Associate Professor of Marine Policy Teresa Johnson, says people do care where their food comes from and they might have preferences. But when information is incomplete or unavailable, especially in restaurants, customers’ choices may be impacted.

The survey is part of a Maine Sea Grant research project called Seafood Links, studying what consumer perceptions of seafood, and learning how Maine businesses source their seafood. The goal of the research is to increase awareness and availability of local and sustainable options.

Also part of the research project, Brianne Suldovsky, a Ph.D. candidate in communication, conducted preliminary interviews with people in supermarkets and at seafood festivals, asking them to write down three or four words they associated with “seafood,” “local seafood” and “sustainable seafood.” Her intent is to evaluate how consumers understand the word “sustainable” in relation to seafood.

Most people did not differentiate between “seafood” and “local seafood.” But the answers for “sustainable” were more varied. Some wrote nothing at all, or “don’t know.” To learn more, Suldovsky has used the results to construct a formal mail survey of 4,000 people and is now analyzing the data.

The research team also visited restaurants in Bangor and Portland, conducting interviews with 15 chefs and owners. The goal is to better understand how they decide where they get their seafood, and whether they think customers care about the source of their seafood.

In Portland, many restaurant owners and chefs had close connections with fishermen. Some described walking out to the docks and purchasing seafood directly from fishermen, often forming partnerships with suppliers.

In contrast, chefs in Bangor spoke of limited options for getting seafood, referring to the city as the “end of the food line.” They also lacked information on local seafood availability. In a few rare cases, there was confusion about the original source of the seafood.

“It just comes off the truck,” one chef indicated.

One potential solution identified by the researchers is a business that would distribute seafood from the coast to inland cities and towns like Bangor—an idea restaurant owners say they would welcome. 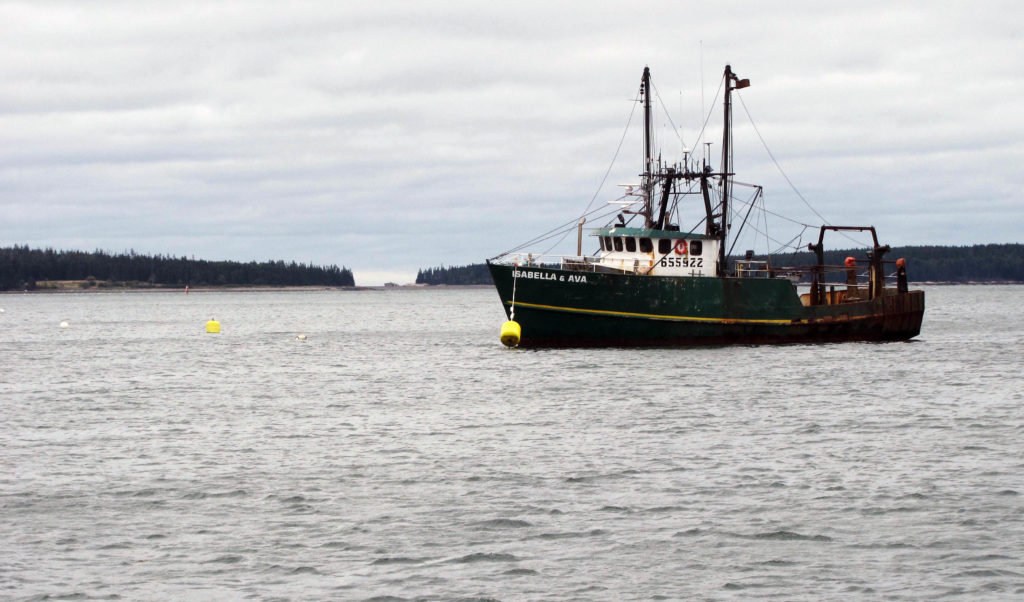 Isabella and Ava off Bass Harbor.