I’ve been struggling with a simple truth visited on me recently, something that came much sooner than anticipated. It’s been suggested that writing about it might help me cope. I’ll try it one word at a time.

The first word is “I’m,” short for “I am,” and “I am” is, like when Christ said it, an unequivocal declaration. There, I think I’ve pretty much confronted “I’m” and am reconciled to being thus.

The second word is “seventy.” This is tough, tougher than “I’m.” Frankly, I’m surprised that I managed to type it on the first try. When I was a kid and even as a young man, I was fed up with old people, folks in their 40s. The few I knew who were older, like my grandparents, who I guess I thought were in their late 40s and my great grandmother, who I probably thought was in her 50s, were miraculous exceptions to the natural order of things. I couldn’t imagine anyone being 60.

As the years went by I considered the possibility that I would reach 40, but I honestly thought I’d be dead by then, perhaps killed by an old person whom I’d tested once too often.

The third word of my simple truth is “years.” Coming, as it does close on the heels of “seventy,” it’s hard to deny we are talking about a long stretch of time here, not seconds, or minutes or days or weeks or months, but years.

The exponential nature of this sequence is frightening. Consider, when I was sixty seconds old, back before the practice was adopted of immediately passing the gooey newborn to the mother so she and her partner could coo over it, I was cradled to the bosom (my eventual proclivity probably had its beginnings here) of an old nurse in her 40s on her way to the nursery where I would soon constitute a deposit.

When I was sixty minutes old I was bundled up and attached to, not the surrogate, but rather the assigned bosom of the young woman who was my mother. When I was sixty hours old I was still there and in the same surroundings and with the same attachments.

The last word is the most difficult: “old.” Back when I was ten years old the “old” didn’t register. When I was 20 years the “old” went unnoticed. When I was 30 I remember thinking that I was moving up on that time, my 40s, when “old” would in fact carry some heft. When I did reach 40 years old I was astonished to find that I was not pre-occupied with death but actually felt pretty good.

When I was 50, some old service buddies came to visit. I walked down the ramp onto the ferry, right by all three of them and their wives and, grasping the hand of one of their sons, exclaimed, “Scottie, you haven’t changed a bit.”  When it was revealed to me that one of the three old men I’d passed on the way down the ramp was, in fact, Scottie and the other two were my old mates, I couldn’t believe they’d come to such a decrepit end.

So, there. I have reduced my simple truth to writing and, if not yet to a mantra, I can at least utter it without choking: “I’m 70 years old”.

The youthful Phil Crossman lives on Vinalhaven where he owns and operates the Tidewater Motel. 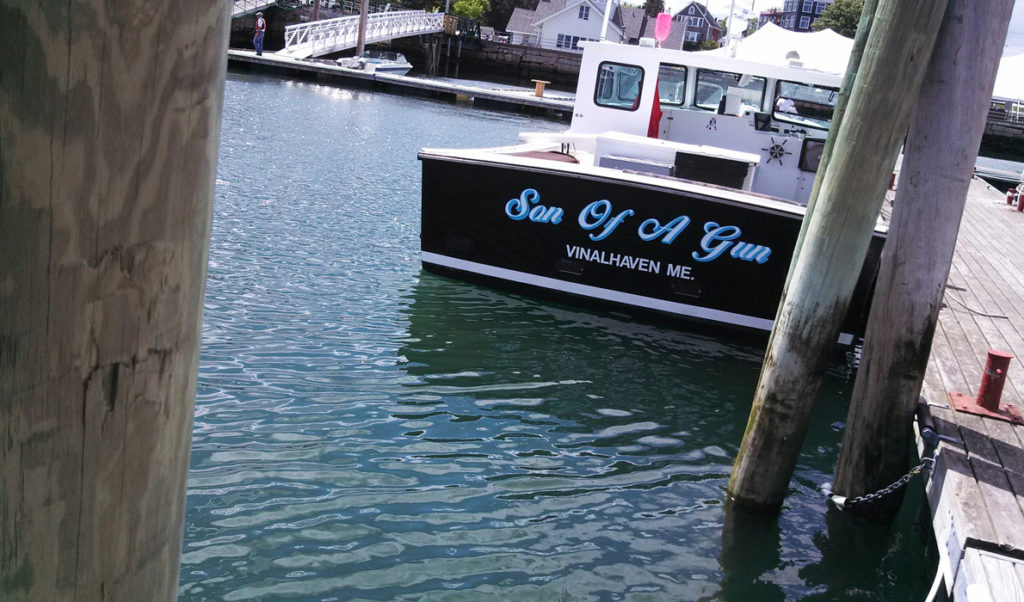