Thank you for the Field Notes column by Rob Snyder (sent via email on June 5 and included in this issue of the newspaper, on page 20) about Maine and diversity. But I was surprised by this line: “But what if one of the underlying issues in a community is that they are generally unwelcoming?”

This isn’t a question that I can imagine most communities are asking themselves. I have lived on two different Maine islands; my experience in these communities is that I have felt both warmly welcomed and as if I will never be truly included.

We all know what it means to be “from away.” The familial nature of islands is one of its most alluring qualities, and I would never demand to be “let in,” but the point you are bringing up is serious and I think it is directly connected to education.

I recently worked in an island school for two years as an ed tech in special education, in a town that I care about deeply and have close personal ties to. There were instances where I was stunned by how histories like Thanksgiving and American slavery, and general conversations about race, were being taught and handled. How outdated it was. Children dressing up in Native American outfits in class. Children sharing stories they brought from home with bigoted themes that were responded to, but never deeply addressed. Our treatment of the seriousness of racism in this school was at times careless.

I’m a 28-year-old white woman. I was the youngest person on staff by at least 15 years. I grew up in suburban Boston. My feeling was that these topics were being handled in a less sophisticated way than they were when I was growing up 20 years ago in Massachusetts. Why?

I think we can all guess that this carelessness comes from exactly what the column addressed: that White Maine sees itself as a “white state” and we can imagine that therefore these topics are felt to be less urgent in our schools.

I could not disagree more. While working at this school, I had moments where a wave of understanding would crash over me, an understanding that I am helping to raise the next generation of white men and women, who could be tolerant anti-racists, or subconscious bigots.

I know that all forms of racism in this country begin and end with white people. Could there possibly be more opportune places to do anti-racism work than communities that are nearly 100 percent white? I did my best to correct or address the day-to-day things that would come up that felt “off,” but I believe I was ill-equipped in my position as an ed tech to address curriculum issues and lead teachers’ own lack of education. Who was in charge of this? Who would be held responsible?

I want the Island Institute to know how your education initiatives can help to address these short-comings in coastal communities. Can anti-racism learning and decolonizing curriculums be a required part of your next Island Teachers Conference? I think both teachers and students need this education. Perhaps teachers even more than students, because I don’t know if a white person can feel the urgency to reform curriculums and have difficult conversations if the seriousness of the issues are not felt within.

What else can we do? Can there be a separate initiative to educate these communities on racism in Maine and being anti-racist?

We have to teach children in Maine to be anti-racists in an organized, thoughtful way. There need not be any other reason for this besides morality. But I also believe that the future and sustainability of Maine’s coastal communities does hinge on being welcoming, and they must be welcoming to all people. We have to be raising children who are themselves agents of change. They need to be taught this. It is absolutely crucial. 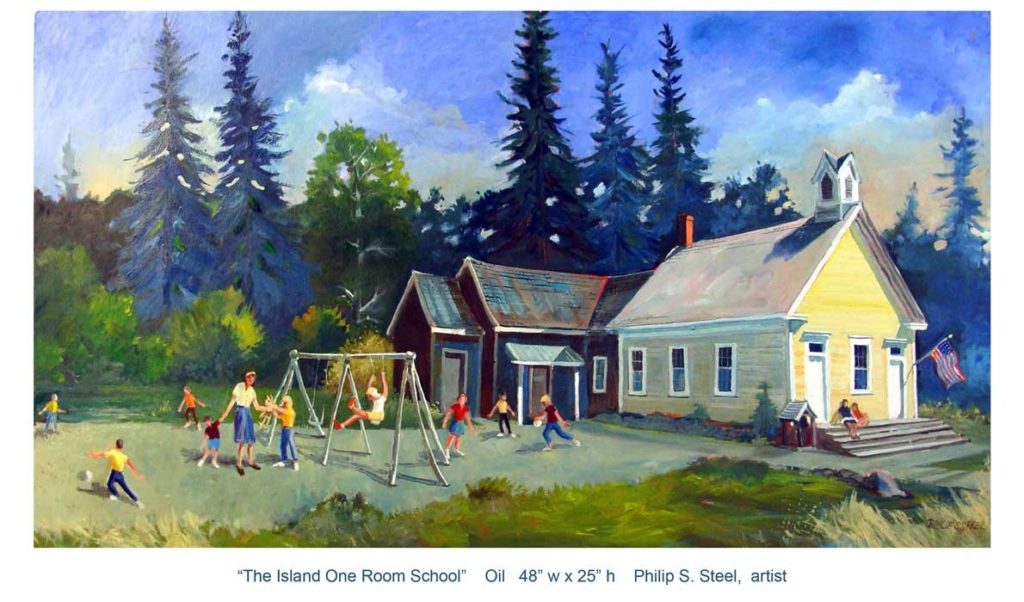