Time moves not in a line, but in a circle of beginnings and endings that can be celebrated with gratitude and compassion. That was the heartening message, in hard times, that came from Robin Wall Kimmerer, a Citizen Potawatomi Nation member and award-winning author who delivered the keynote address during an online graduation ceremony for the College of the Atlantic Class of 2020 on June 6.

“The place where beginnings and endings meet is also a time of uncertainty and vulnerability,” she said. “We learn that love transcends fear. We are learning about vulnerability and suffering in inequality and injustice. And we’re also learning about courage, kindness, inventiveness, and moral imagination.”

Kimmerer is a distinguished teaching professor at the State University of New York College of Environmental Science and Forestry, and the founding director of the Center for Native Peoples and the Environment. She co-founded and is a past president of the Traditional Ecological Knowledge section of the Ecological Society of America and serves as a senior fellow for the Center for Nature and Humans.

“The place where beginnings and endings meet is also a time of uncertainty and vulnerability.”

Her 2003 book, Gathering Moss, which incorporates both traditional indigenous knowledge and scientific perspectives, was awarded the John Burroughs Medal for Natural History Writing. Braiding Sweetgrass: Indigenous Wisdom, Scientific Knowledge and the Teachings of Plants (2013) was awarded the Sigurd F. Olson Nature Writing Award. The Citizen Potawatomi are Algonquian-speaking people who originally occupied the Great Lakes region. Today, the nation is one of 38 federally recognized Native American tribes, headquartered in Oklahoma.

Addressing 72 students from 20 states and 12 nations who received bachelor of arts and a master of philosophy in COA’s one major, human ecology, Kimmerer said a central teaching of the Citizen Potawatomi is to live life from a place of gratitude.

“Gratitude is something, on a day like this, we might take for granted,” she said. “But gratitude is so much more than a simple thank-you. Gratitude is strong medicine. Giving thanks calls us into kinship.”

Gratitude is also medicine for hard times, she said.

“Together we bow to the reality that has touched every person around the world in these times,” she said.

She urged the class to take time to acknowledge all that they have in addition to what they’ve lost, and to cherish a world in need.

College of the Atlantic’s single focus on human ecology itself speaks to that philosophy, she noted, referring to the premise of COA’s founding, in 1969, that education should go beyond understanding the world as it is, to enabling students to actively shape its future.

“You’ve been described as a community of idealists with elbow grease,” she added with a smile.

Noting that COA is committed to “learning from the land” in its ecological pursuits, she praised students for tackling the difficulties of carrying out their education during the pandemic.

“When you had to transition from learning on land to learning online, it wasn’t what you had on mind,” she said. “But you rose to the occasion.”

Kimmerer said the Citizen Potawatomi view of time as a circle is useful in a time of uncertainty.

“The forces of creation and the forces of destruction are meeting head-on,” she said.  “They say that teachers come when we need them the most. The pandemic and the social upheaval that we’re experiencing can be a teacher for us if we’re willing to learn.”

Invoking the long view of life, she cited a philosopher, Joanna Macy, who referred to “essential turnings” or shifts in the way human life aligns with ecological processes. The pandemic, she suggested, is an essential turning and calls for leaders of all kinds to navigate the shift. She called on graduates to use their individual talents for the benefit of all.

“Unloose an epidemic of justice, an outbreak of action on behalf of the good, green Earth and her people,” she said. “Dear people, you have what it takes, you are equipped with the minds, the hearts, the knowledge, the compassion, and the openness, the leadership and the imagination for the transformations that are possible. And you aren’t impeded by what you don’t know, because you know how to learn.” 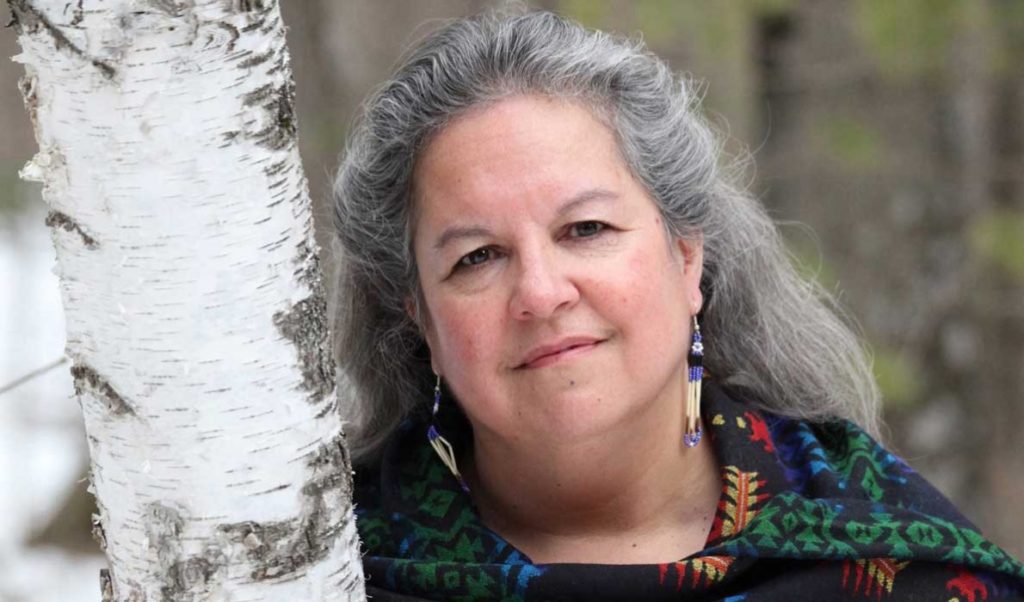