In 2014, students in College of the Atlantic’s Math and Physics of Sustainable Energy class traveled to the Southwest Harbor Public Library to perform an energy assessment.

Led by their instructor, Anna Demeo, COA’s director of Energy Education and Management, the group measured energy consumption, analyzed placement for a potential solar array, facilitated an energy audit by an outside professional, and provided recommendations.

It was the type of real-world application of classroom studies that characterizes Demeo’s instruction, as it does COA’s mission. The group’s recommendations, some melding with energy-sustainability plans already underway, were much appreciated, said the library’s assistant director, Kate Pickup-McMullin.

“Some of their recommendations were common sense, like not turning on certain lights unless we needed them,” said Pickup-McMullin.

“We’ve been changing to LEDs, and we’re keeping lights off that are not necessary. We also installed a motion sensor light and added a timer to the fan in the public bathroom,” she said. “We estimate an energy consumption reduction of at least 50 percent and in some cases as much as 80 percent.”

That project is just one example of outreach by COA staff, faculty and students on renewable energy projects throughout the region in recent years—investigating energy plans for schools, performing solar analyses and energy audits of municipal buildings, installing electric vehicle charging stations, and sponsoring home energy audits and air sealing projects. Much of the work has been done with the help of MDI Clean Energy Partners, a nonprofit co-founded by Willy Osborn and former COA president Steven Katona.

Now Demeo and partners are taking community outreach a step further with the launch of the new Community Energy Center (CEC). The launch marks an effort to bring all of these projects under one roof and ensure their expansion.

CEC was inspired by Demeo’s work with Søren Hermansen and Malene Lundén, founders of the Samsø Energy Academy on Samsø Island, Denmark. Samsø became the world’s first 100 percent renewable energy island in 2007. CEC’s goal is to build on existing sustainability and renewable energy efforts on Mount Desert Island and work with residents, organizations and business owners to research and develop innovative projects that transition away from fossil fuels, while also offering economic advantages.

CEC’s inaugural project is the Solar for Businesses and Farms project. Funded by a $65,000 grant from the U.S. Department of Agriculture’s Rural Energy for America Program, the project will provide 30 or more local farms and businesses with solar energy assessments and in-depth information on funding mechanisms. Demeo will incorporate the work into her classes, again providing students with hands-on experience. In addition to local farms, businesses that have expressed interest include restaurants, stores, and boat storage yards, Demeo said.

“We were chosen for the grant because we’re not new to this,” said Demeo. “I’ve taught energy  classes over the past five or six years, and students have engaged with nonprofits and businesses.”

Over the years, an increasing number of businesses have approached Demeo for similar assessments.

“That’s where the Community Energy Center makes sense,” she said. “It will run year-round, providing continuity  and allow us to work on a number of initiatives.”

Solar assessments, as a kick-off initiative, build on other student work already underway. This summer, two full-time Energy Fellows are working with the CEC to develop a community solar initiative on COA land.

Recently, CEC program manager Andrea Russell and two Summer Energy Fellows, Laura Berry and Spencer Gray, both seniors, were getting in touch with the small businesses and farms that had expressed interest in being part of the solar assessment initiative. When the fall term starts, that information will go to Demeo’s students. One of the tools they’ll use is a Solar Pathfinder, a non-electronic device that easily collects solar data on any given site.

In a field outside of the CEC office, Berry sets the device to face north. A fisheye lens offers a panoramic view, with trees, buildings or other obstacles to the sun plainly visible as reflections on the surface of the dome. An internal diagram provides calculations of the sun’s path during any time of day and year. The data is then fed into a software program that determines how much solar energy a site can generate.

“It’s very easy and quick citizen science,” Berry said. “Community solar projects are such a good way to bring what we’re doing at COA, around sustainability and renewable energy, into the community. COA is interested in being fossil fuel-free by 2050, but we also recognize that we can’t be insular. We need to reach out into the greater community.”

“Often the biggest barrier to homeowners and businesses doing energy efficiency projects is that they don’t know where to begin,” Demeo said. “The CEC should be seen as a resource for getting started, and in some cases how to participate in established energy programs.” 

The Island Institute, publisher of The Working Waterfront, and College of the Atlantic have been collaborating on energy and other issues with the support of the Fund for Maine Islands since 2014. 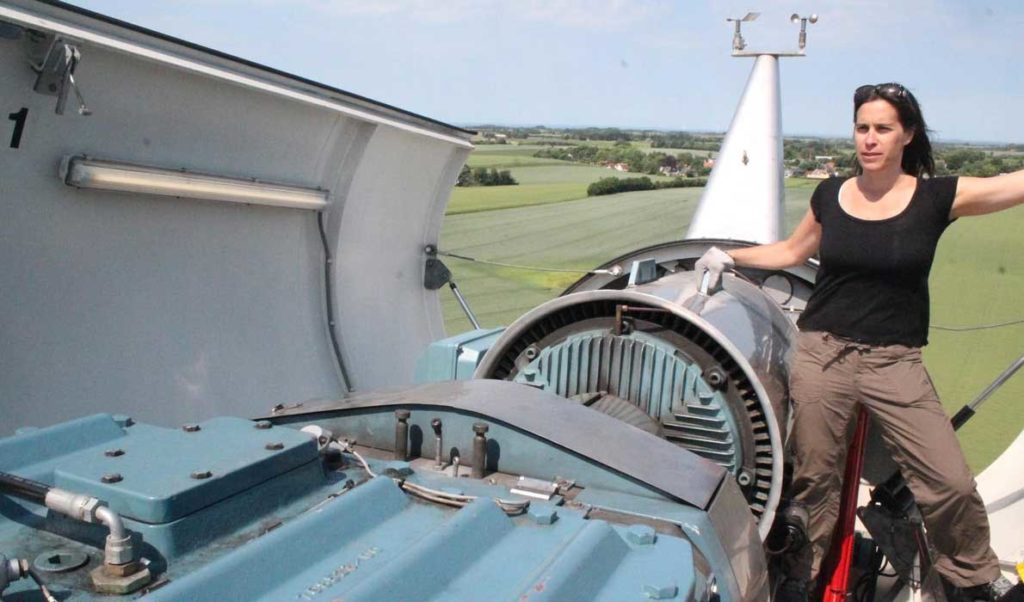