It’s linked by a small bridge to busy Boothbay Harbor, but don’t tell Southport residents that theirs isn’t an island community.

Summer houses, used by multi-generational seasonal visitors, line the shore. The pre-K to 6th-grade school educates just 30 kids. And the civic and business lives of the 600-plus year-round Southporters are intimately woven together in ways that are invisible to outsiders, but valued by locals.

Another issue, very much tied to the finite shoreline, has emerged in recent years. With the passing of Ruth Gardner, who owned Hendricks Head Beach and a house overlooking it, public access to the shore was in jeopardy. Gardner had always allowed public use of the beach.

Three years ago, the town purchased the narrow, sandy beach and the house for $1.25 million from Gardner’s heirs. Saving access to the beach was hailed by residents as a victory for recreational use.

The properties were subdivided, and selectmen, wanting to be fiscally prudent, are now offering Gardner’s house, which sits on 3.5 acres overlooking the beach, for sale.

Nancy Prisk, a long-time seasonal resident who has been living fulltime in Southport since 2007, saw the opportunity to secure public use of the house to serve social and educational needs. Last year Prisk formed Land for Southport’s Future as a nonprofit, and is working to raise the $849,000 the town hopes to earn from the sale.

The town has given the nonprofit first right of refusal on any offer, but the clock is ticking. Gerald Gamage, chairman of the board of selectmen, said an offer has been made on the property by another party, but financing for a purchase has not been secured. Land for Southport’s Future would be given the chance to match or beat any offer, he said.

“We lost the place we all gathered,” Prisk said of the recent sale of a general store at Cozy Harbor on the island. The store is now an upscale restaurant.

But her plans are bolder than establishing an informal gathering spot. Prisk says the nonprofit aims to transform the building into “Ruth’s House” in honor of its longtime occupant as a center at which art and science education activities are offered for the island’s school children, as well as a place for seniors and others to gather for club meetings, classes and just to enjoy coffee and baked goods.

If Land for Southport’s Future succeeds in buying the property, it would be put in a perpetual trust, she said.

The house was built in the mid-19th century, Prisk believes. Gardner lived in it from about 1950 until her death in 2010 at age 106. There appears to have been some additions to the 19th century frame building; though ridge lines are straight and windows intact, the interior of the house is in rough shape. Prisk says opinions by residents range from suggesting demolition to restoring its present footprint.

The newly formed nonprofit has a board of directors, she says, which will likely make such decisions if the purchase effort succeeds.

Gardner was a somewhat eccentric character who played cello, painted and made maps for commercial use. Education was important to her, Prisk said, and so the center would reflect “creativity, education and environmental exploration.”

The environmental theme is a logical pursuit. Rachel Carson, whose books The Sea Around Us and Silent Spring helped launch the environmental movement of the late 1960s, spent summers at a cottage on Southport’s shore until her death in 1964.

Kay McLeod, a former teacher and administrator who volunteers at the Ashville (N.C.) Museum of Science, was vacationing in Southport in October, staying at the Carson cottage. She also took time to volunteer at the Southport Central School, leading science-based activities. 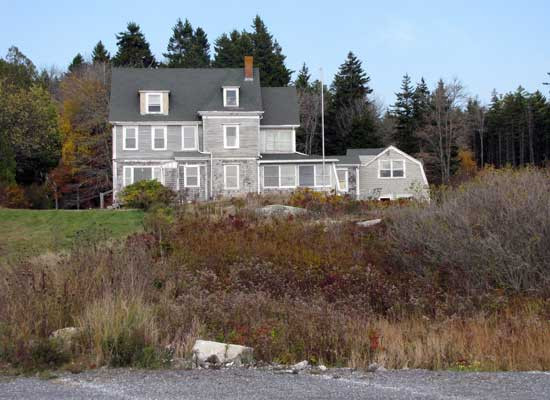 A view of the house from Hendricks Head Beach.

“I’m so excited and so intrigued by it,” McLeod said of the Ruth’s House plans. A link between Carson’s work and legacy and extra-curricular activities at Ruth’s House seems a natural, she said.

Marcelle Durost, principal and multiage teacher at the school, also is excited about the potential the center holds. It would be walking distance from the school, she says. Summer programming, which the school offers, could be expanded by using the center. The popular island sailing program also might use the building, Prisk said.

And Durost also is enthusiastic about the Carson connection.

“She’s intertwined” in the community, she said of Carson.

Prisk believes she is honoring Gardner’s legacy. Kitten Rock, just off the beach, is where Gardner’s ashes were spread, she says. With her remains returning to the sea so close to her home for so many years, it seems fitting that the community’s young and old would learn and connect here.

For more information about Land for Southport’s Future, see: landforsouthportsfuture.org. 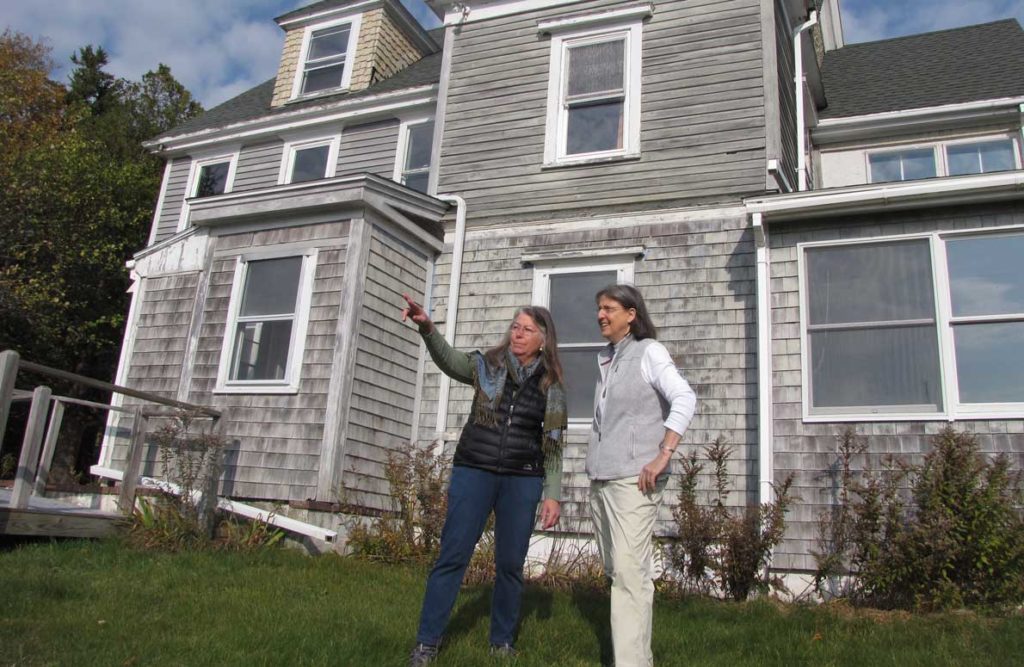