Climate change is having a serious impact on the Wabanaki Tribal Nations, threatening livelihoods, cultures, and self-determination.

That was the message from Darren Ranco, a University of Maine professor who gave a July 10 webinar presentation called “Climate Change, Environmental Justice, and the Wabanaki Tribal Nations,” hosted  by Augusta-based Maine Conservation Voters.

Ranco examined current and future climate change impacts to the Wabanaki and their climate adaptation priorities and activism.

Ranco said the Wabanaki are among the groups of people who are more impacted by climate change, due, in part, to uneven climate mitigation and adaptation policies on the part of governments.

“We’re not on a path to climate justice,” he said.

Climate change is threatening indigenous livelihoods such as agriculture, hunting and gathering, fishing, forestry, energy, recreation, and tourism, he said. As a result, it’s also threatening physical, mental, and spiritual well-being. Indigenous life, he said, is based on interconnected social and ecological systems that are being disrupted by changing climate.

Because indigenous people, by and large, live close to the land, those impacts will be dramatic, he said.

Successful adaptation and disaster management, in the indigenous context, relies on indigenous knowledge and community-led relations, he explained. But that’s hampered by barriers that include limited access to traditional territory and resources. Additionally, a history of colonial policies prevents indigenous people from practicing self-determination.

Ranco said he and others are looking at the concept of “adaptive resilience,” which considers adaptations based on social and cultural systems. Identifying community assets will be key to bolstering adaptation.

Climate threats across Wabanaki Tribal Nations include increases of temperature, winter ticks, invasive species, precipitation, and erosion; and potential loss of moose and other culturally important species, leading to losses of food, hunting activities, and culture.

The circumstances are inter-related. For example, he explained, moose are experiencing greater mortality due to the increased prevalence of winter ticks, which is related to rising temperature. Rising water temperature is impacting fish species and forest practices. As temperatures warm in Maine, the range of brown ash trees is moving north, making it difficult to maintain stock for basket-making.

Ranco said his work on Wabanaki climate change priorities and adaption planning was funded by a federal Bureau of Indian Affairs grant secured by the Passamaquoddy Tribe at Pleasant Point/Sipayik, which has emerged as a leader among Maine tribes in developing climate adaptation strategies.

Sipayik is near Eastport, where sea level rise, combined with the bay’s dramatic tidal zone, is threatening infrastructure. Since 2012, he noted, the tribe has been working with federal planners to develop hazard mitigation strategies in response to climate impacts to community infrastructure.

However, impact mitigation is not limited to single communities, he said. The Wabanaki work collectively across traditional territories, including Canada. That’s important to how the work process is framed, he said, because it ensures that everyone is included in understanding problems and identifying potential solutions.

Overall, he said, climate justice must be oriented toward Wabanaki adaptation policies.

That goal is part of an overall effort to restore tribal sovereignty in Maine. Toward that end, the four tribes in June formed the Wabanaki Alliance, whose first initiative is to advocate for passage of LD 2094 “An Act To Implement the Recommendations of the Task Force on Changes to the Maine Indian Claims Settlement Implementing Act.” The act is designed to correct policies of the 1980 Maine Indian Claim Settlement Act that stripped the tribes of sovereignty.

The Wabanaki face other environmental hazards not related to climate change. For example, a longstanding issue is related to mercury pollution on the lower Penobscot River. Although a Penobscot River restoration project removed two major dams, the toxic waste has put the increasing population of anadromous fish at risk as they swim to reservation waters, he said.

Ideally, he said, adaptation and mitigation will take into account Wabanaki traditions and management techniques.

For example, preferred landscape management uses non-chemical, non-mechanical approaches that are far more sustainable and would see a return and proliferation of certain landscapes and species, Ranco explained. The challenge, he said, is to scale up indigenous approaches through partnerships with each other and with non-indigenous people. 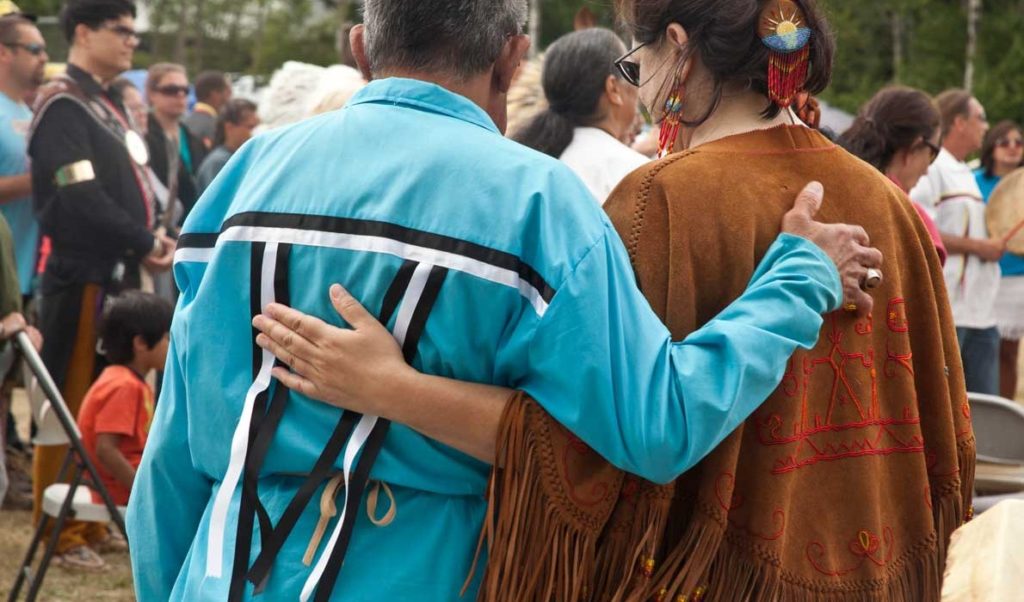