The Uninhabitable Earth: Life After Warming

The question about climate change is not whether it’s happening, but how severe the catastrophe is going to be.

This is the central theme of David Wallace-Wells’ The Uninhabitable Earth: Life After Warming, a synthesis of the journalist’s years of reporting on climate science. He started as a global warming skeptic, and came out the other side as a self-described alarmist.

“Considering,” he says, that “the optimists have never, in the half century of climate anxiety we’ve already endured, been right.” So on the entirely reasonable assumption that dismissing worst-case possibilities “distorts our sense of likelier outcomes,” he proceeds to describe the scientific findings behind all possible scenarios in the opening fact-flooded chapters of his book.

Reading the book’s first sections is like being caught in a carpet-bombing. Drawing on his years of research, he offers fact after dismaying fact, like these:

The worst disruptions to weather, institutions, and peoples will come in the 2100s and 2200s, Wallace-Wells points out, while most reporting covers only this century. The 2100s, he says, will almost certainly be a “century of hell,” even in the best-case scenarios. The worse, and more likely scenarios are harrowing to contemplate.

Later chapters look insightfully and cleverly at how food and water shortages, flooded cities, infrastructure breakdowns, mass migrations, political and economic instabilities (already being seen in, for example, Syria’s drought) could play out.

It’s as if, he says, we have locked ourselves into “a running car in a sealed garage.”

We only have about 20 years to make changes that might mitigate the coming catastrophe. The most important question of our time, probably of human history, is: What are we going to do about it?

Dana Wilde, a former editor, college professor and literary scholar, lives in Troy and writes the Backyard Naturalist column for the centralmaine.com newspapers. He is a member of the National Book Critics Circle. 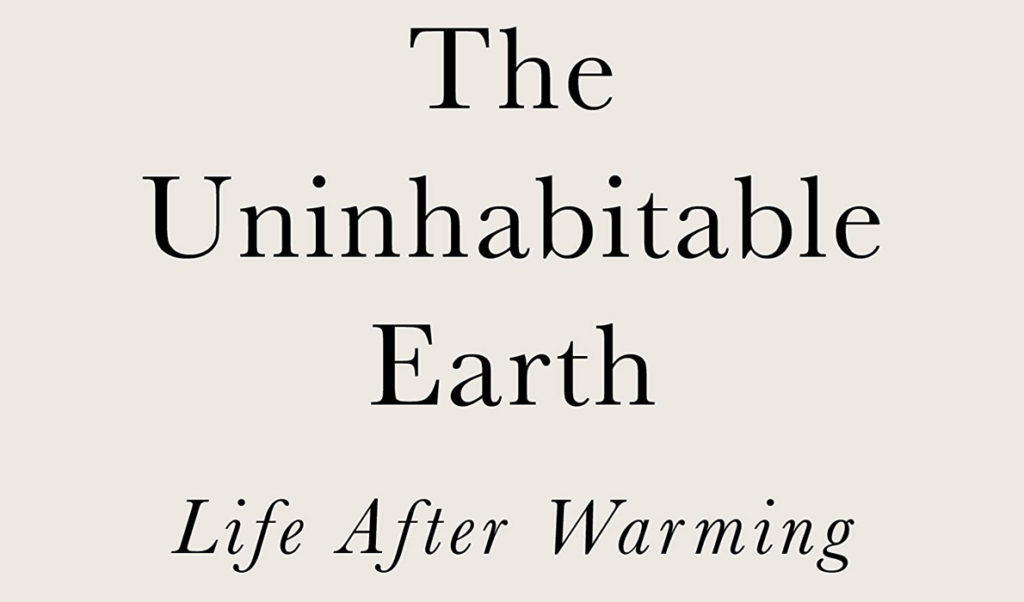