Cliff Island, one of only 15 year-round Maine island communities where people are still able to make a living from the sea, produces a unique character that has continued through generations. It is worthwhile, then, to maintain this island heritage.

In recent decades, the Cliff Island community has been threatened by exorbitant city of Portland property taxes which led to a housing market allowing second-home owners to thrive, while home ownership for working-class families is becoming extinct. The island’s year-round population has plummeted to fewer than 50, and the island’s one-room school has just three students.

These conditions were foreseen in 1969 by concerned residents who formed a land trust group, Land Associates of Cliff Island (LACI), which purchased 25 acres on the southern end of the island. The founder was a third-generation summer resident: my grandfather, Tony Brackett, whose family had watched as nearby Bustins Island lost its year-round population and became a resort community.

Tony was an educator and recognized the importance of maintaining a school to keep the community vital. He founded LACI on the premise that the property was to be used for the common good, with the distinct future possibility that it be developed for affordable housing, if needed.

To raise the money to purchase the land ($10,000 in 1969), capital stock was issued for $100 per share; the shareholders were summer residents only. The founding board of directors maintained the property in its natural state while keeping options open so future generations could decide on uses likely unforeseeable by the then-directors.

Over the years, the property has been taxed minimally, due to its undeveloped state and its access to the public. The LACI donated a portion for the city to build a barge-landing ramp, and more recently, five acres was donated for a septic drainage field to accommodate 25-plus homes. These are examples of uses the founders could not have foreseen and confirms the validity of their vision.

The current generation of board members and shareholders has primarily been raised since childhood as vacationers on the island. The prevailing majority apparently has concluded that of primary importance is how the property looks, rather how it might be used.

Coinciding with this shift in philosophy is a tax hike imposed by the city; the former 95 percent abatement has been reduced to 45 percent, due to improper nonprofit classification of the organization. Rather than pay the higher tax rate, the directors have decided to place a conservation easement onto 12 acres of the remaining property. This decision will ensure that no future use may be undertaken outside the parameters of the land in a natural state.

In principle, imposing a conservation easement is certainly a meritorious act. However, its implementation should be considered carefully. About 26 percent of the island is now protected from development by conservation easements and resource protection zones. The addition of the LACI land would increase the amount of restricted property to 31 percent, nearly a third of the island.

In addition, some private property owners may want to put their land under conservation easement to avoid high property taxes.

The directors’ view that more conserved land is desirable is questionable, given the above considerations. Their view is further unsubstantiated when repeated requests that opinion polls be taken of year-round residents have been ignored. The year-round community must have a voice on the monumental decision as to whether the land becomes permanently restricted.

The directors say putting the land into conservation easement will be a gift to future islanders. This rationale could be justified for a resort community, but when it removes all future land-use possibilities which might be needed to maintain a year-round community, it becomes inconsistent.

Other future uses could include: a source for fresh water; an alternative energy site; a transportation hub for helicopters; and tank fish farming. Although he disliked the idea, founding president Tony Brackett said consistently that coming generations might have needed a high-rise residency complex; he stressed the future was unknown, and one generation should not tie the hands of its successors.

The land trust was established to help sustain the community. This was the true gift given to Cliff islanders by the founders of the organization in 1969. This gift would be rescinded if the policy of conservation easement is implemented. 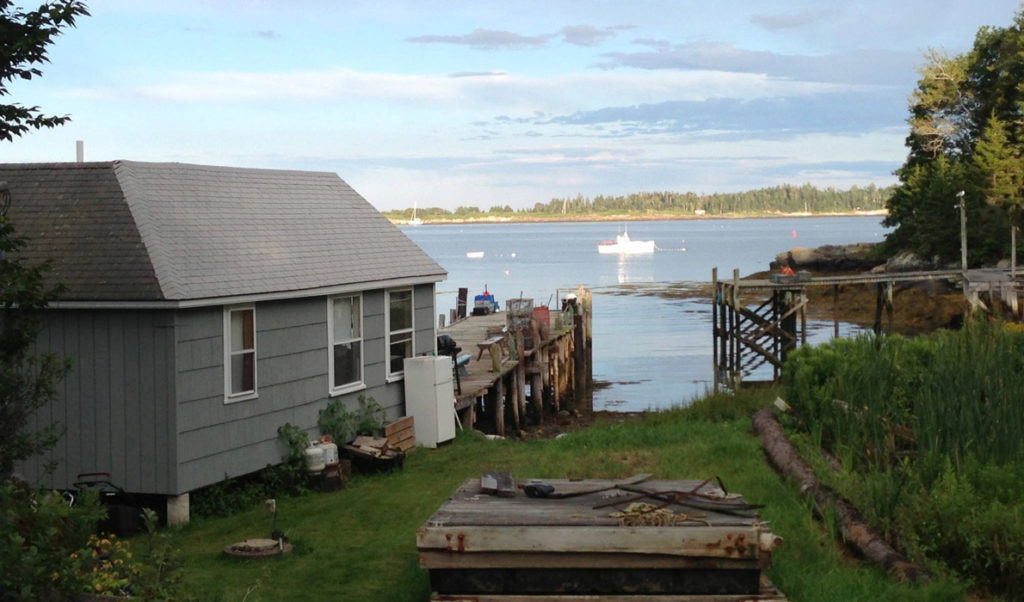