What is the single largest commodity the nation of Iceland produces in a single year? Is it fish? Banking? The attractive, blonde descendants of Viking shield-maidens? It is, in fact, something much more abstract than any of those things.

What Iceland produces more of than anything else is electricity. Iceland has access to both geothermal power and hydroelectric plants powered by the seasonal run-off from the glaciers that cover thousands of square miles of the nation’s land area.

While Iceland already produces far more electricity than its population could hope to use, much of the electrical generating potential remains untapped. Since there is no economical way to “bottle” and export electricity, and power loss over distance precludes transmission via subsea cables, this presents Iceland with a problem. The thing that country produces the most of is also probably the most difficult to translate into global economic success. I believe therein lies an opportunity for both Iceland and Maine.

The alternative energy industry has turned away from hydrogen as a clean fuel, and with good reasons that don’t necessarily have anything to do with the Hindenburg. The easiest way to make hydrogen is through a process called electrolysis, where water molecules are split by electricity into their basic elements of hydrogen and oxygen.

Unfortunately, this process consumes massive amounts of electricity and the resulting hydrogen is only as clean as the electricity used to produce it. If that electricity was produced using oil and coal then the net benefit of the clean hydrogen fuel is zero. But if the world had a clean source of hydrogen, then it could be more seriously considered for projects in power plants, manufacturing facilities, shipping, etc. The possibilities would be endless.

Iceland, with its abundance of clean hydroelectric and geothermal energy, could be such a source of hydrogen for the world. Even now the nation of Japan is searching for clean hydrogen to shift its energy sector onto the new fuel. Countries like Norway have answered the call and are developing ways to both produce and transport clean hydrogen, neither of which come without significant challenges. Shell Oil also has made it known it intends to take a stake in the hydrogen market.

Hydrogen may be the new watch-word in energy in the next decade, but when and how will Maine take its place in the conversation?

Maine would stand to benefit from such an industry in Iceland because the state’s coast is roughly a half-day closer to Iceland by sea than Boston, or roughly a full day closer by sea than New York. Transportation from electrolysis plants in Iceland to the United States would be cheaper and more environmentally friendly if the hydrogen made its landfall at port facilities on the coast of Maine.

The state is also uniquely situated because, unlike the port of Boston, Maine’s major ports are directly connected to rail lines. Maine then would have the potential to become a national, perhaps even global, centerpiece for the alternative energy industry.

Being the import center for clean hydrogen in the U.S. would put Maine in a unique position to attract companies like Tesla, Shell, and others to come and invest in the local economy. It would be difficult, if not impossible, to tell what the total economic impact of such an industry would be to the state, but it would be safe to say that the impact would be large.

Cameron G. Brien is a professional mariner and lifelong sailor who hails from Lawrence, Mass. He now resides in Castine. He can be reached for questions or comments on this column at: Cameron.G.Brien@hotmail.com. 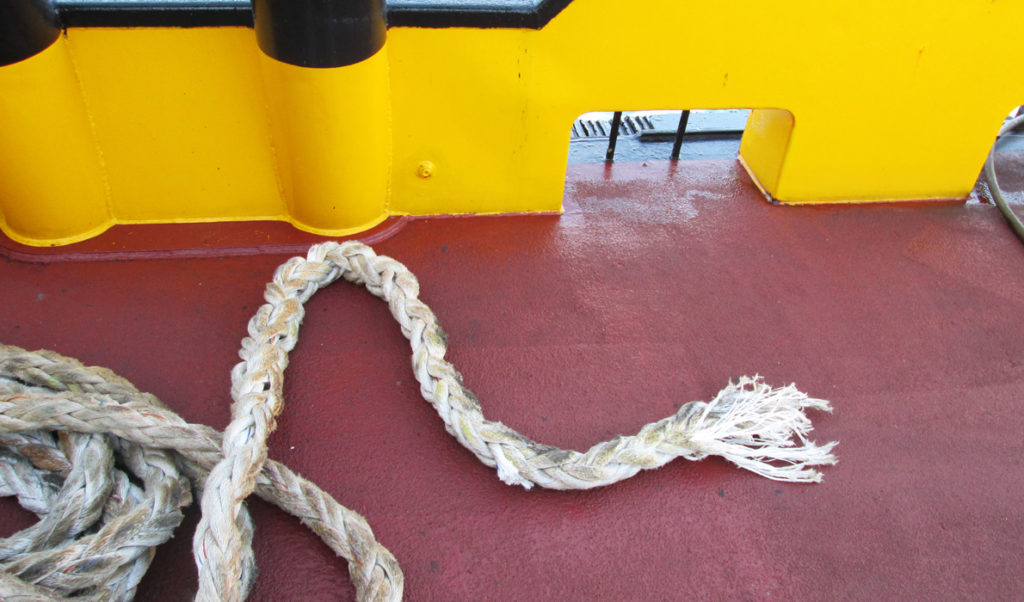