Stephanie Spera promises she won’t be bored by your old vacation photos, even if she doesn’t know any of the people in them. As long as those photos show Acadia National Park in autumn, she’s interested.

Spera, an assistant professor of geography at the University of Richmond in Virginia, is a Second Century Stewardship fellow through Schoodic Institute, the National Park Service, and the National Park Foundation. Her project for the fellowship is researching climate change in Acadia, and that’s where the photographs come into play.

The Massachusetts native, who studied at Brown University in Providence, is not new to Acadia.

“Of all the places I’ve visited, Acadia National Park has a special place in my heart. We camped and hiked there,” Spera says, “and I think I just fell in love with it.”

Her doctoral work focused on earth, environmental, and planetary sciences, and included research about Mars.

“I needed a more human connection,” she joked, which led to the Acadia fall foliage inquiry. She applied for and won the Second Century fellowship. “I selfishly wanted a reason to go to Maine in the fall,” she confessed.

Her project looks at how climate change intersects with human decision making, particularly as it relates to land use. One way to understand those issues is to consider the park’s foliage.

The timing of the color changes and leaf drops likely have come at later dates as temperatures have risen. A point of reference is that, compared to 100 years ago, there are 60 more days between the last frost of spring and the first frost of fall.

But other factors may be at play, such as drier summers and wetter springs.

“Climate change must be playing a role,” Spera says, and if peak foliage dates have changed, that has implications for the local economy and park management.

And the fall season may offer fresh insight into the changing climate. “They call it the under-studied season,” she said.

Among the park-specific factors that may be considered in the research is the fire that ravaged the eastern part of the island in 1947, which resulted in more hardwoods growing, and that Acadia visitation in the month of October has doubled over the last 20 years.

Spera will look at the timing of foliage change, the duration of colors, and the date of peak colors. Satellite imagery is available dating back to 2000, but she hopes visitor photos from 1980 to 2000 will provide more information.

The project is soliciting images—digital, scans, or even color photocopies of prints, with dates and location—which can be shared:

Analytical software is used to review the satellite images to determine percentages of green, red, orange, and brown.

Park visitors also will be surveyed and asked if they have noticed changes in foliage, and if those changes have affected their visit. Currently, about a third of visitors are from Maine, a third from other New England states, and another third from elsewhere.

“Are the park demographics going to change?” she wonders, if foliage peak comes later in the year. The “citizen science” endeavor will also have that human element Spera sought. 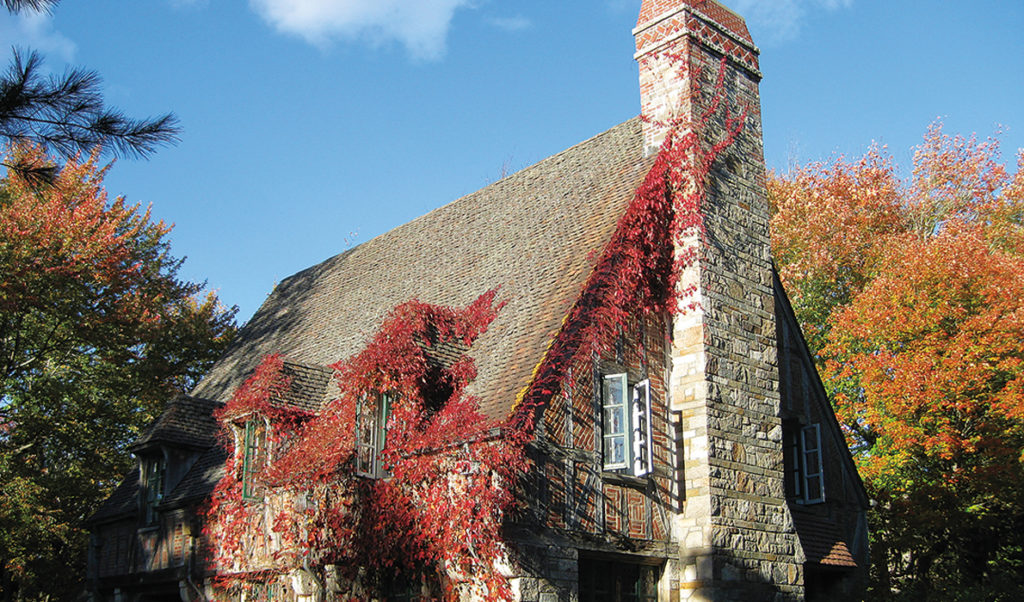 The gatehouse at the Jordan Pond House.