Short of slashing municipal services, a plan to reduce property taxes is often just a politician’s hollow promise. But what about doing so by cutting a substantial expense the town faces, year after year?

Chebeague Island residents will vote on a plan that aims to achieve just that at their annual town meeting on June 10.

Island resident Chris Loder, looking for a way to contribute to his adopted home, decided to investigate ways to cut the town’s electric bill. As a speaker on a panel devoted to community energy solutions at the Island Institute’s April 28 Island Energy Conference, Loder explained his deliberate and analytical approach.

“You must be able to demonstrate clear financial benefits to taxpayers,” he said. Since electricity is a known expense for the town that will continue into the foreseeable future, Loder explained, he decided to investigate ways to generate energy on-island.

“A great solution will minimize short-term impact and maximize long-term benefit,” he said, and photovoltaics seemed to fit that bill.

The town of Chebeague Island pays about $12,000 annually to Central Maine Power for electricity in its school, town offices, at its piers, and at its public works garage. Another $10,000 is spent for street lights, Loder said.

PVs, which do not carry the eye-sore or noise factors associated with wind turbines, for example, seemed the right way to go. So Loder examined possible sites.

The town’s capped landfill seemed a likely option; other towns, such as Belfast, have used this dormant, undevelopable property for PV installations. But Loder found that the cap material would not support the equipment.

He then considered using the town’s athletic fields, but concluded that area was not suitable.

Finally, town land at its public works garage was chosen.

Persuading selectmen and the public to pursue the PV array was the next hurdle.

“The ‘do nothing’ option was our biggest obstacle,” Loder said, but selectmen endorsed the idea and agreed to place the proposal on the town meeting warrant.

By explaining the proposal from a 40-year perspective, he believes the numbers are compelling.

The town faces an estimated $600,000 in electricity costs over those four decades, he said. If it were to generate some—or all of—its own electricity over that period, the town would save about $400,000.

The proposal voters will consider on June 10 would have the town negotiate a power purchase agreement with ReVision Energy to build the PV array, said Marjorie Stratton, the town administrator.

“ReVision would own it for a period of years, then the town could buy (the equipment),” she said. Until then, “We’d essentially be buying the electricity from ReVision instead of CMP.”

For those who want to replicate the process in other small towns, Loder outlined the steps he took. First, the idea was born. A “supporter team” then was formed. Current electric usage and sizing of the PVs was developed, which he summarized as “getting the facts.”

The team then scouted locations, drafted documents, interviewed vendors, and did the calculations to assign a value to the project.

Loder was born in Alaska, and told those at the conference that his family often lived on a 30-foot-long sailboat cruising the waters of New England, and so he learned as a child about self-sufficiency through his parents’ frugality. He believes his fellow islanders will vote to move forward with the project because “I suspect that they, like my parents, are frugal,” he said. 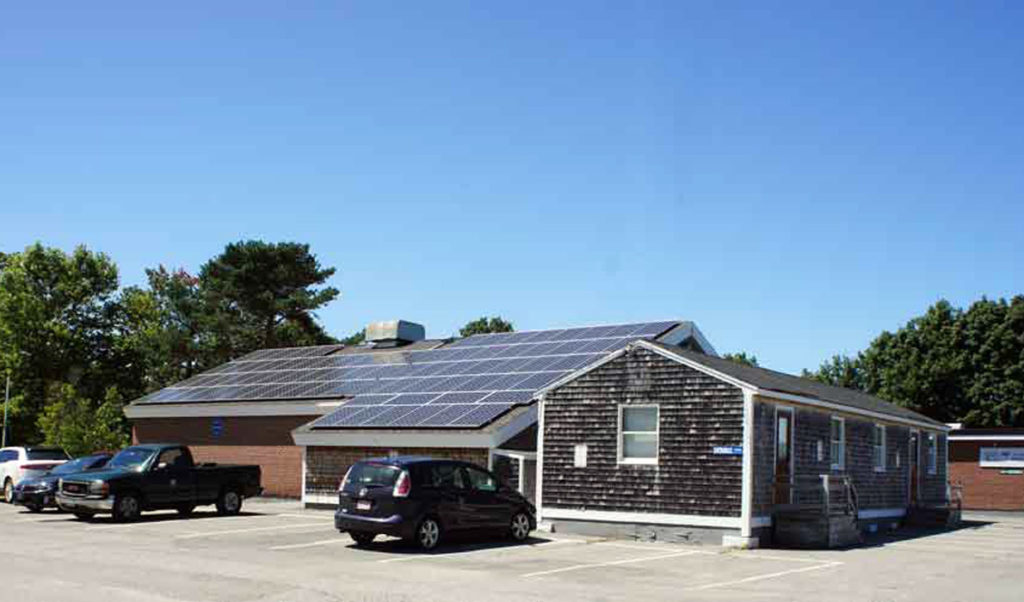